Anyone planning to visit the USA will likely share the same itinerary: Los Angeles, Las Vegas, New Orleans, New York, then perhaps Boston and/or Chicago if they have time. The thing is, there are so many incredible places to see outside of these major cities. Places that are missed, and often sadly not even considered. The unimaginably beautiful state of Utah is one of these places.

As we wound our way along the Colorado River and out from the last of the towering mountains and canyon walls, the highway finally opened up as we reached the wide-open landscape of east Utah. We were headed north to the small city of Ogden where we planned to camp the night before continuing on our way towards Vancouver, Canada.

We drove for hours and hours, stopping only to fuel up at the usual hick-attended pump in the middle of nowhere. We drove further and further north, through beautiful rock formations and valleys, driving through the state’s capital Salt Lake City just as the sun began to set and those working their 9-to-5s began leaving for home.

We found the most perfect camping spot, Middle Fork Campground, about thirty minutes outside of town, just behind Pineview Reservoir. Even the drive there was breathtaking, the hills and surrounding farms looking almost like a perfect mix of New Zealand farmland and Swiss mountaintops. We arrived just before nightfall, and so hurriedly collected the little firewood we could and sparked a fire to briefly keep us warm. We luckily had a glass or two left of wine from the night before, so this too helped blanket us from the chill. As the last of the fire’s flames crackled to ember and smoke, we through our camp chairs in the car and fell to sleep to the sweet sound of nothing.

The next morning we rose early and headed for the Waterfall Canyon Trail, a short but steep hike just on the outskirts of town. After parking Fuego and having a small chat to some returning local hikers who warned us of stray bullets from reckless hunters, we set out on our way. Although nippy, the sun was shining and there wasn’t a cloud in the sky as we momentarily stopped to take in the views to break up our trudging. When we finally reached the top, we saw that the waterfall had actually frozen over, but this in itself was an impressively beautiful sight –one we weren’t too familiar with coming from mild-temp Sydney.

We returned back down the mountain, jumped back into Fuego, and cranked the heaters as we drove down historic 25th Street in the center of town. Very aware of the fact that we soon were leaving the USA and with a grumbling stomach from hunger, we decided to treat ourselves to one last greasy diner feed. We found the most perfect place, Virg’s, that served up grossly large portions of typical diner eats at next to nothing. After a meal for two (each) and five cups of watery coffee, we covered our bill, thanked our waitress, and were soon on our way again – this time headed for Boise, Idaho. 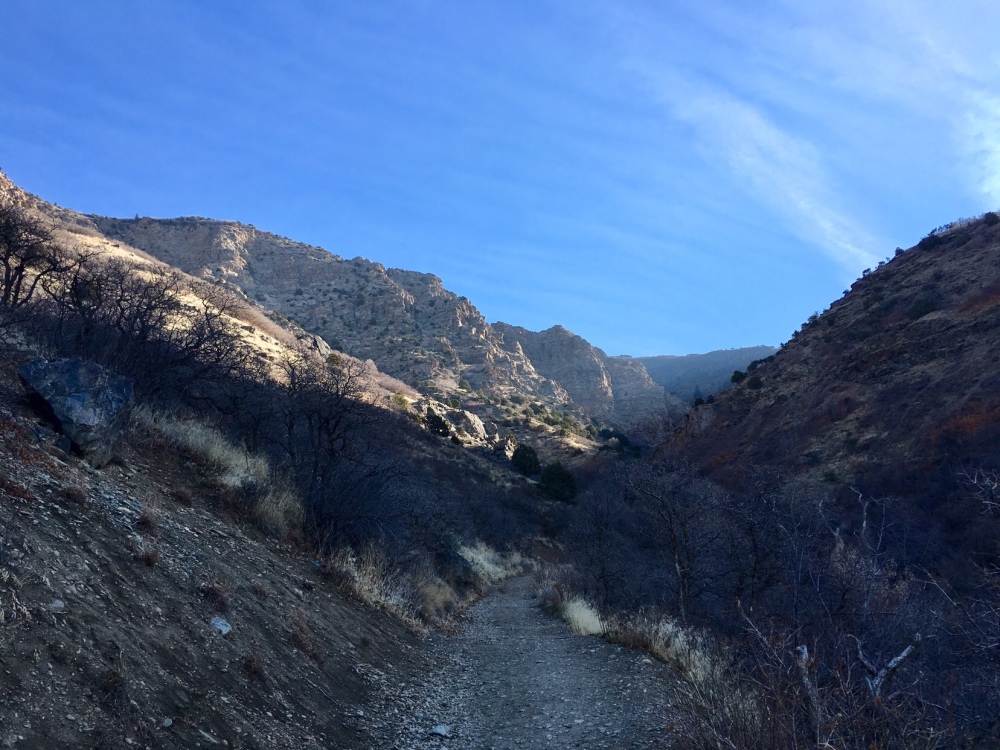