We had a long drive ahead of us from Canyonlands to the Grand Canyon so decided to break it all up with some scenic routes and parks along the way. The first of these was the Valley of the Gods, a long and dusty dirt road full of bright red sand and the most incredible rock formations. The road started off alright, more gravelly than treaturous, but then things quickly escalated. Steep dips, large pot holes and dry river crossings meant Fuego’s suspension got one hell of a work out; probably the most he’s had since leaving Calgary.

During our intense off-road adventure Anita surprised me by deciding she’d make a wrap. I was anxiously grinding my teeth down to my gums and focusing on not rolling the van while Anita’s calmly spreading peanut butter on a tortilla. I couldn’t believe it. After just over an hour and to my relief we finally hit paved road, so continued on to the next of our stops – Goosenecks State Park.

We pulled up to the view point just as a crack of lightening brought a pending storm to our attention. As the day was getting away from us we thought we’d better have some lunch, so hastily did so as we took in the amazing view in front of us, rushing before it was all ruined by rainfall. We then threw everything back in the van and continued on, driving through Monument Valley as the rain started to fall hard.

We drove through one of the side entrances of the Grand Canyon, stopping at a viewpoint to take in the view on the way to our campsite. I know it sounds silly but as soon as it’s sheer size became apparent to me it’s name immediately became justified. It truly is the Grand Canyon. We spent a few minutes taking it all in, jumped back in the van, and headed to our unbelievably quiet free campsite only minutes outside the main gates.

The next morning we arrived at the visitor centre at 4:45am to catch the first bus to the infamous South Kaibab trailhead, a hike we’d been looking forward to since leaving on our parks safari. The hike which leads all the way into the canyon’s mouth to the floor is notoriously long and steep, and combined with the intense Arizona heat has claimed many lives. In fact, a girl died only days before we arrived, wandering off the trail to find water in a dehydrated state of dillusion. Anita and I were of course well prepared, and planned only to hike to Skeleton Point and back rather than the entire way down.

As we made our steep descent some dark storm clouds rolled in, something I wasn’t expecting until later that day, but despite the looming clouds we chose to continue on. The views were just amazing. The size of the canyon really has to be seen to be believed, and the mix of colours, shapes and lighting just makes it that much more impressive. We climbed further and further down into the canyon, increasingly dreading the climb back with every step.

As soon as we reached Skeleton Point the raindrops started to fall, and Anita and I looked at each other with disbelief. We began our climb back and as the wind picked up the drops fell harder and harder. Although not ideal hiking conditions the storm did provide us with some cooling relief, something we certainly didn’t complain about given the usual temperatures on a typical summer day in Arizona. After three or so hours of hiking we finally reached the top, high fiving before continuing our walk around the rim to the visitor centre parking lot.

After a much appreciated warm shower at a nearby campsite, some fresh dry clothes and a bite to eat we were back on the road, this time headed to California’s city of angels. 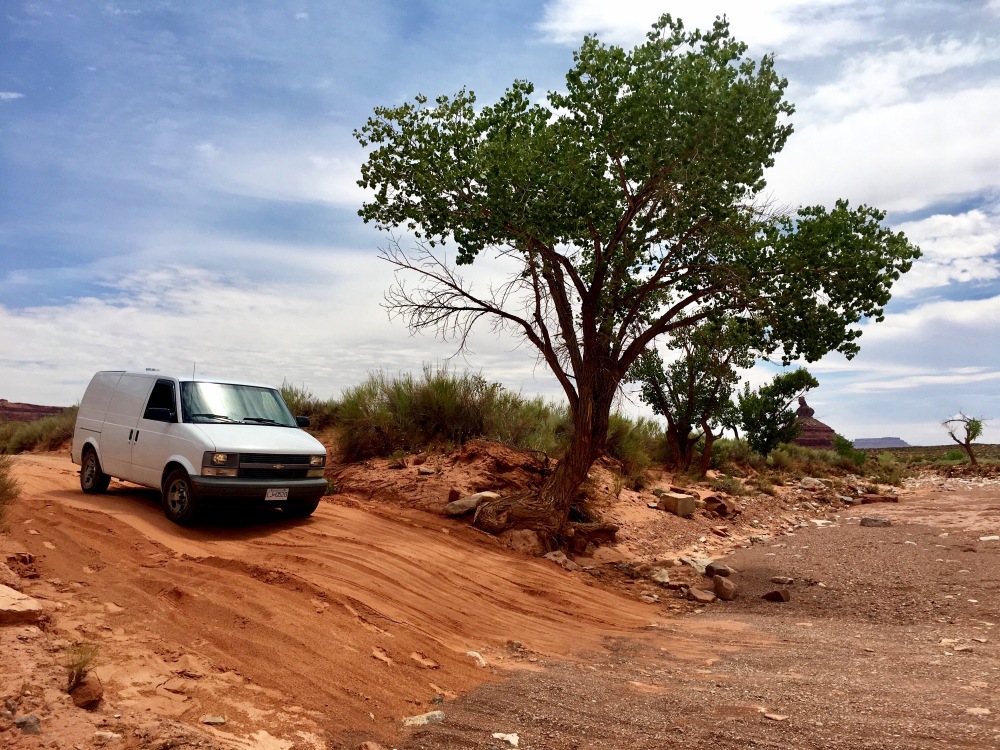 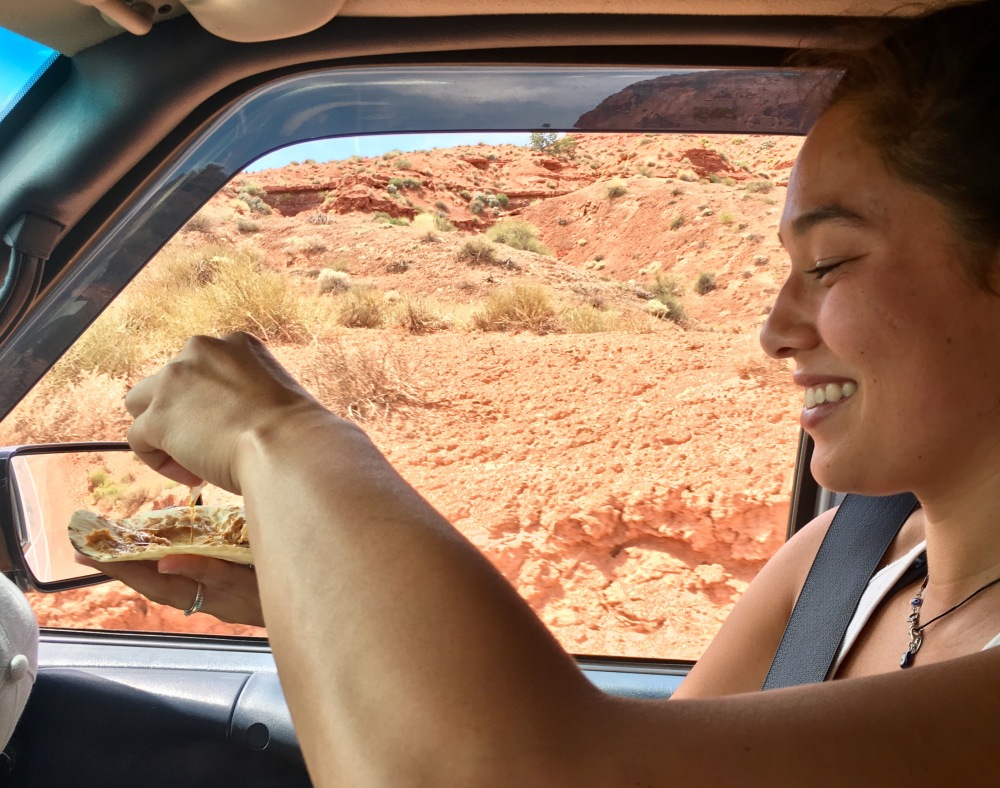 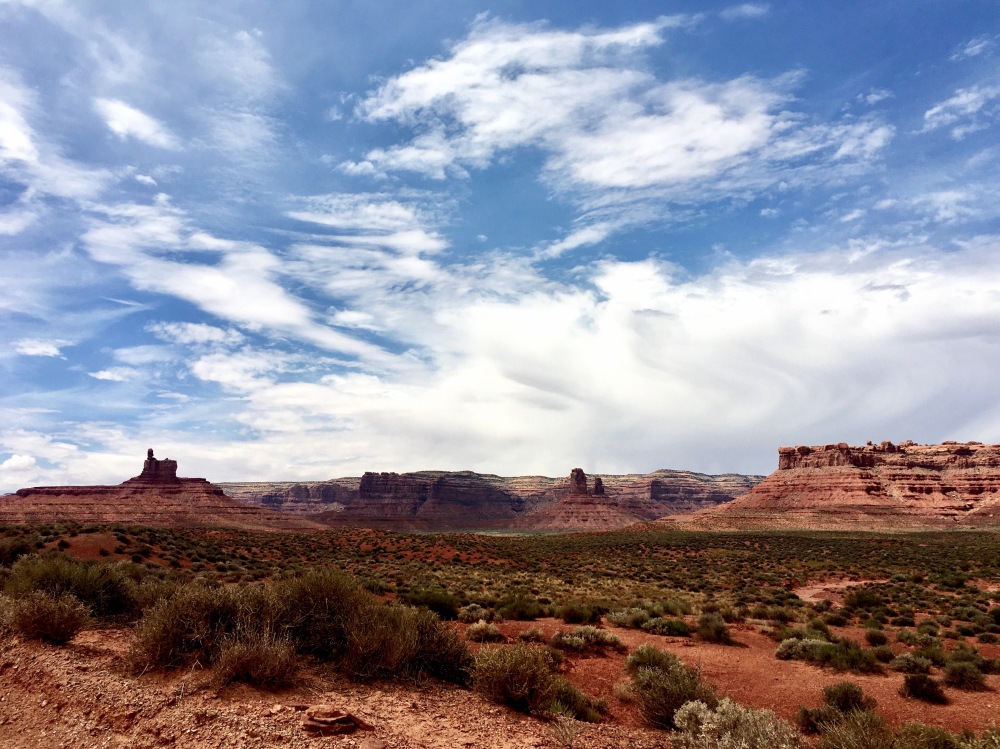 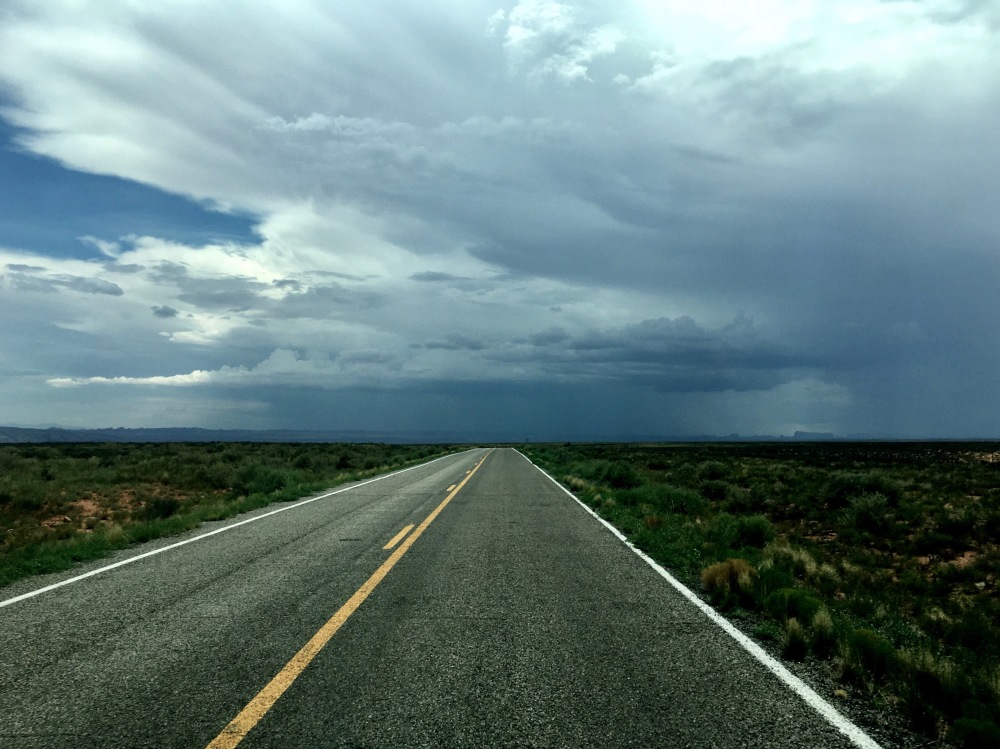 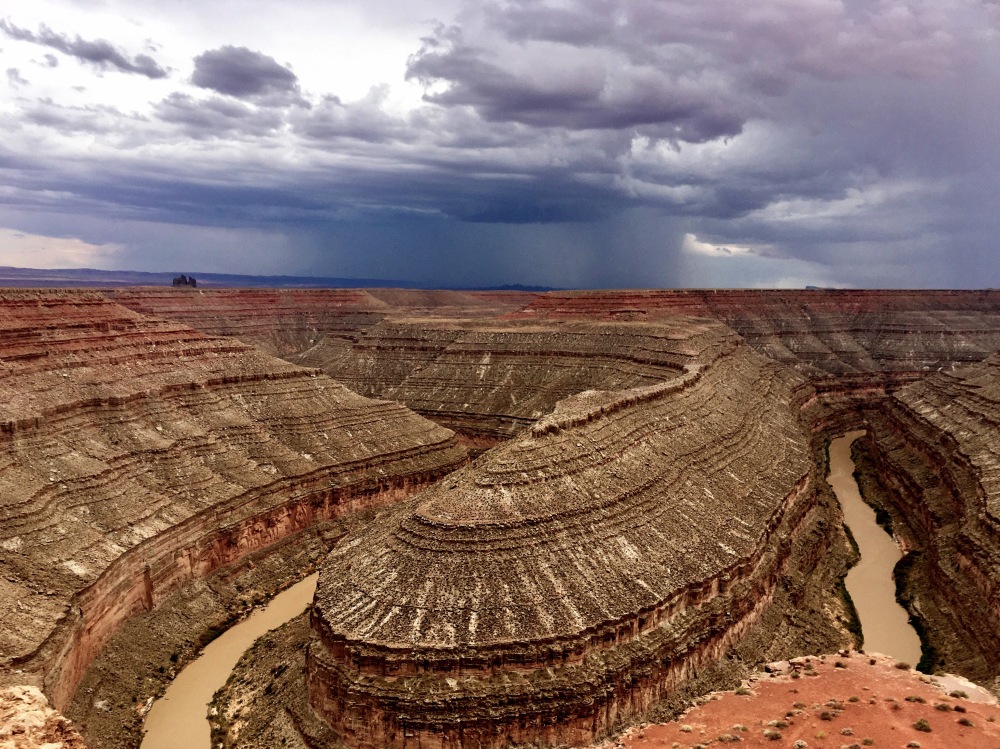 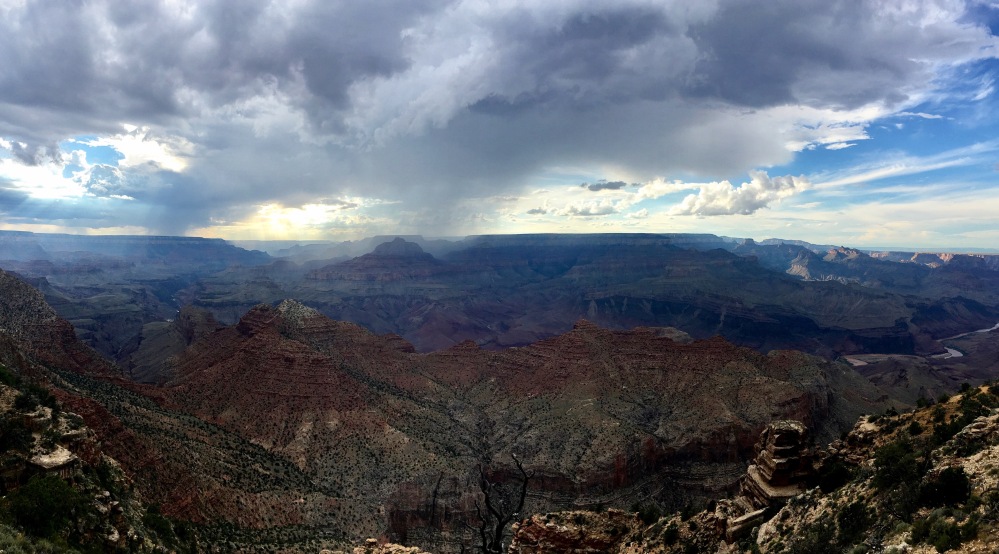 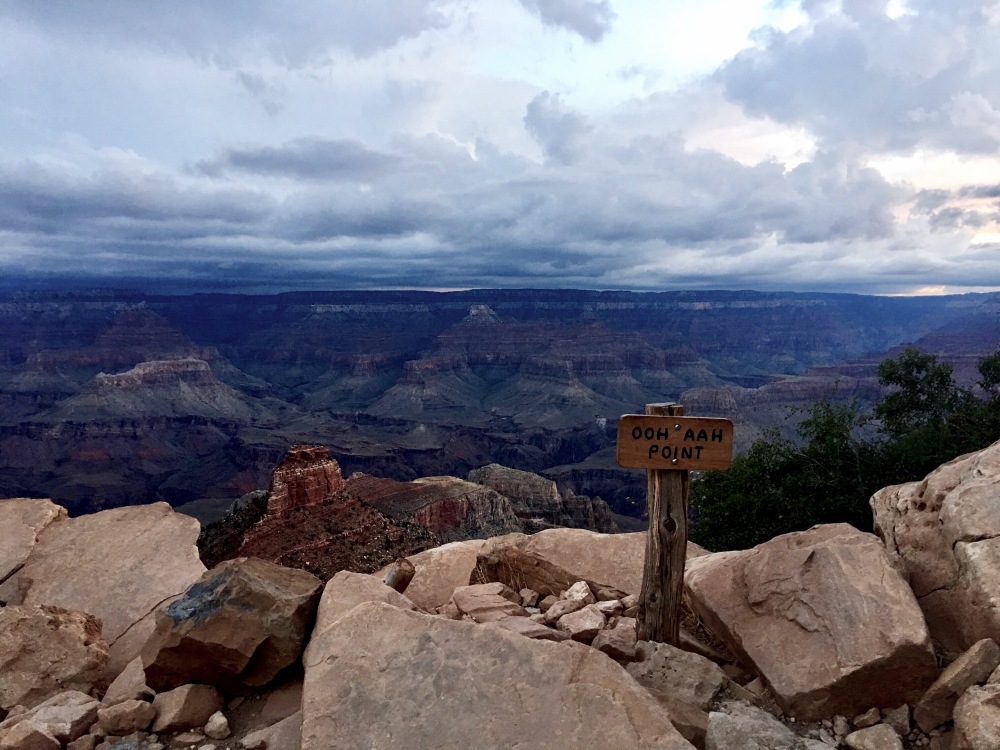 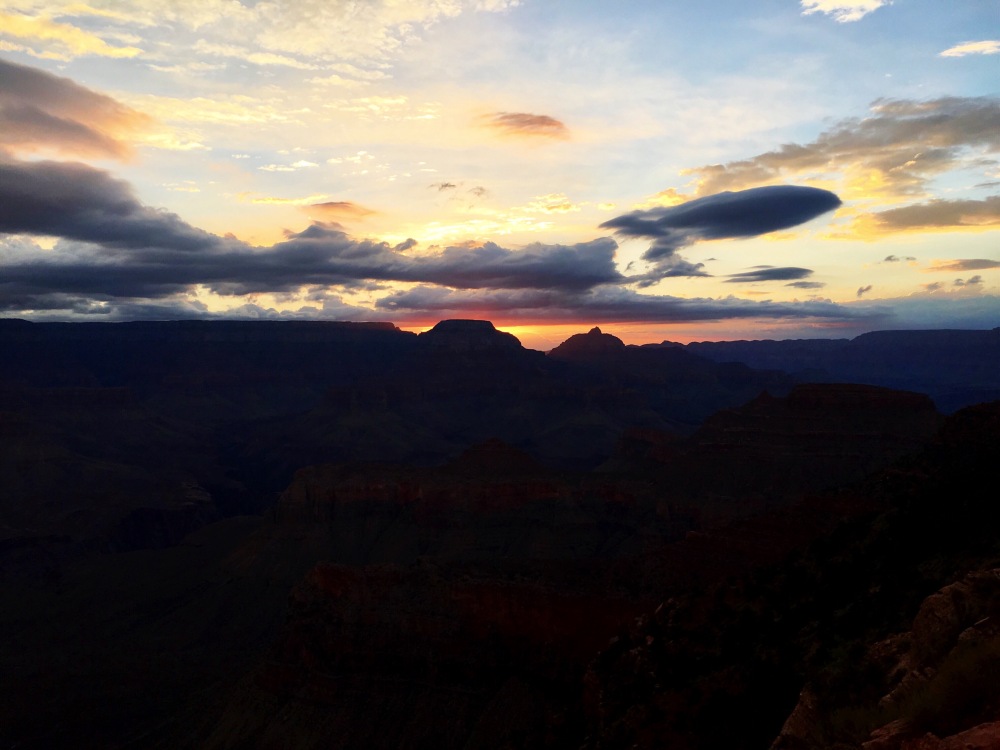 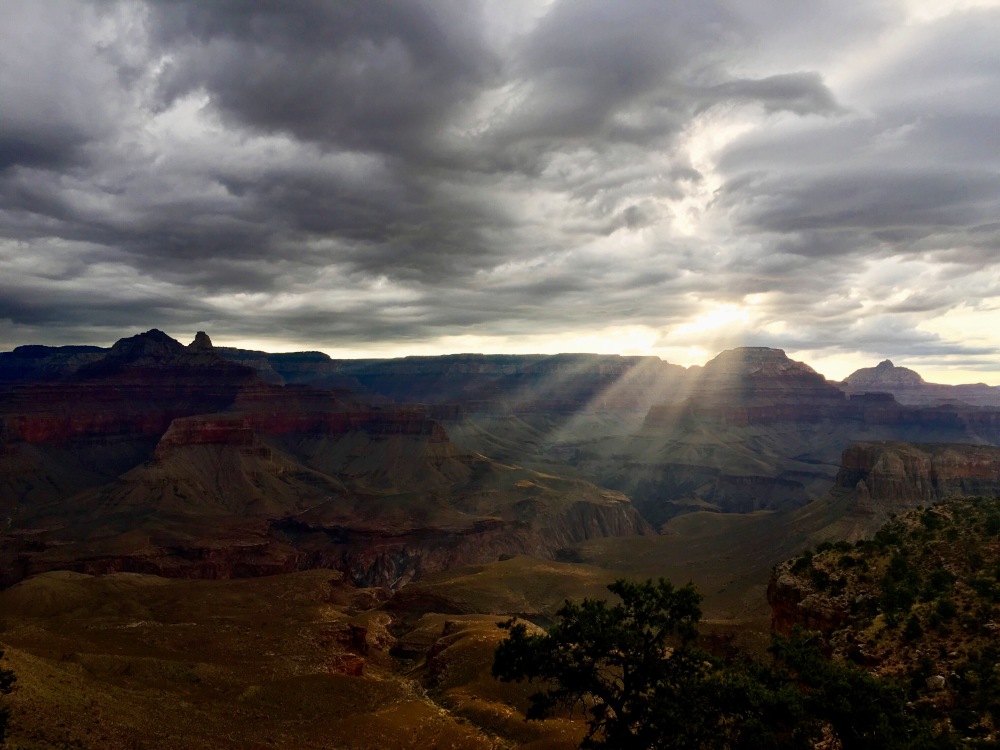 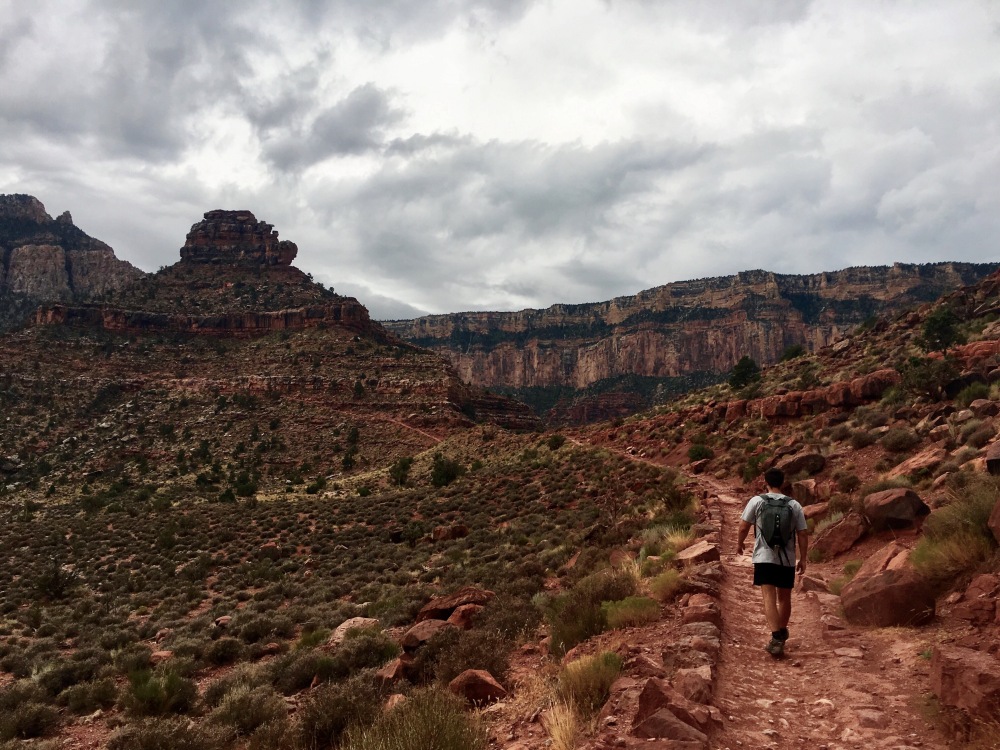 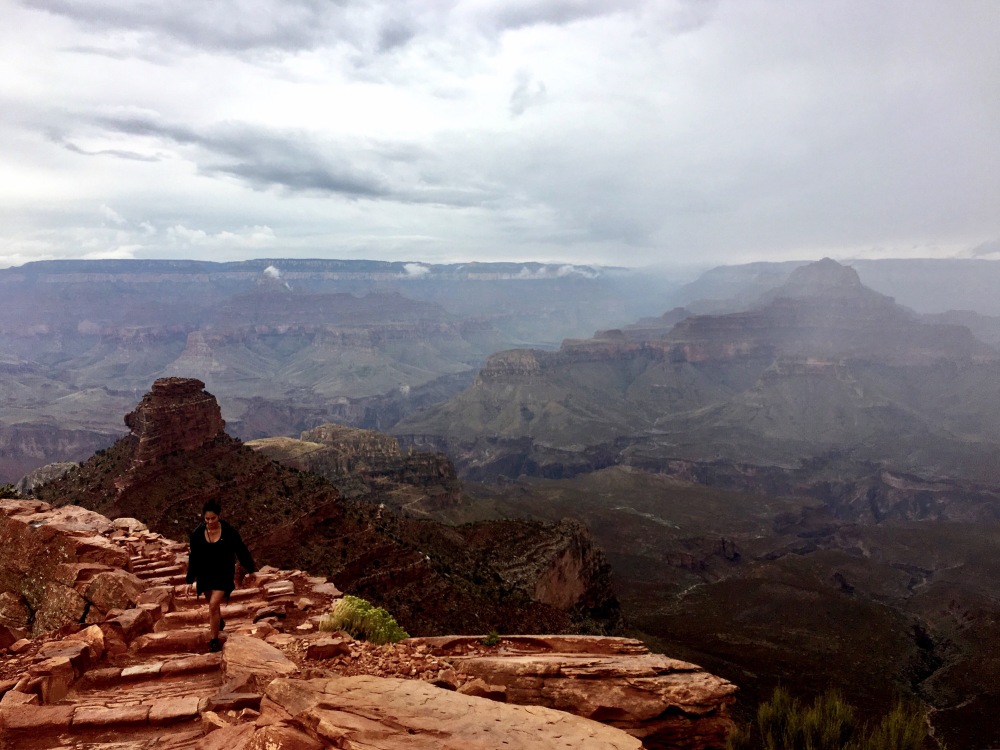 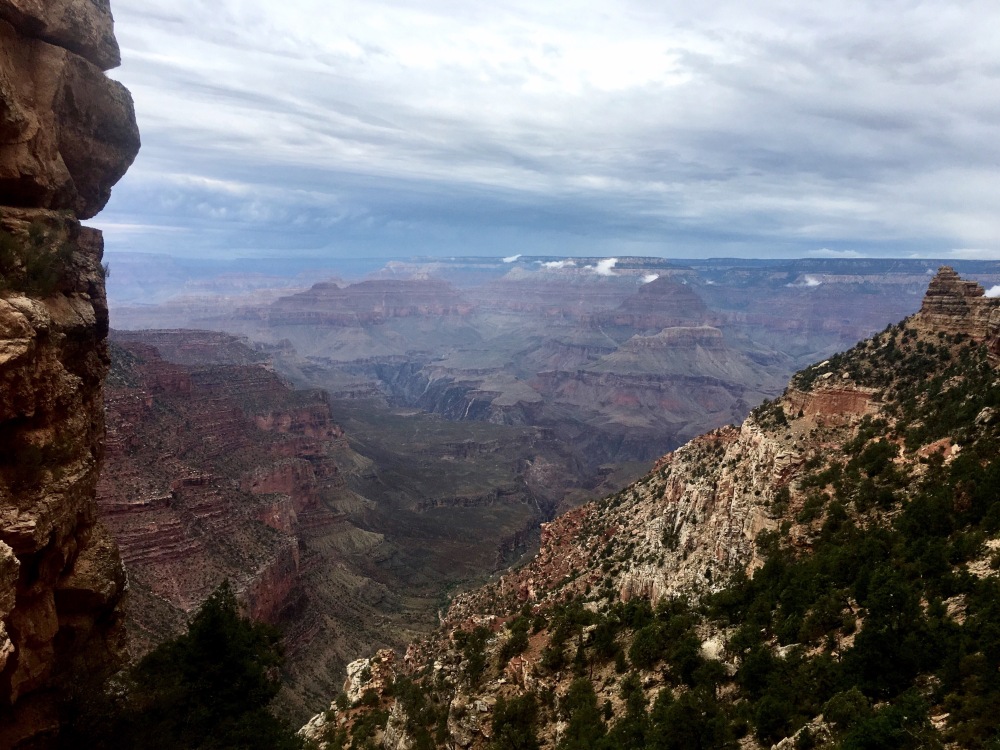