We’d always joked about buying a van, laying a mattress down and touring the Americas, but never did we think we’d actually do it – especially not on this trip. But the more we researched and the more people we spoke to the more we realised it possible, and before we knew it we were on a flight to Canada.

Friends of ours from Australia, Dan and Dee, had been living in Calgary for several years. They very kindly agreed to accomodate us while we got our home on wheels sorted, a project we originally thought would take us two weeks but ended up blowing out to a month. Luckily they are some of the most friendly and easy-going people you’ll ever meet, otherwise Anita and I could have been living in our van quicker than we would have liked.

It seemed like only hours after being collected from the airport that we were off to Dan and Dee’s footy club’s annual beer olympics. The event was made up of teams dressed as different countries, playing against each other in events such as beer pong, beersby (frisby), flip cup and ladder ball. As all games involved a steady amount of drinking the entire party was completely rattled before the sausages even hit the bbq.

Needless to say the following morning was tough, but what better way to sweat it all out than a partially consented, fully regretted steep hike up to the top of Prarie Mountain. The combination of a slight cold, severe hangover, mild jet lag and high altitude really took it’s toll on me, but only made reaching the top that much more rewarding.

It was only a few days after arriving that we found a suitable van and promptly got registration and insurance underway. After a few phone calls we quickly realised it was near impossible for us to get compulsory insurance in the province of Alberta without residency. This was our first hurdle. We found a bit of a loop hole which involved driving three hours to neighbouring British Colombia to get inspected, registered and insured, as they have more leniant rules around non-residents buying and insuring vehicles. This is when we reached our second hurdle.

We’d read on Alberta’s motoring website that new vehicle owners are able to temporarily use plates from another of their registered vehicles if the new vehicle is in the process of getting registered (e.g. when transporting between provinces). There must have been a gross misunderstanding because after borrowing Dan’s plates and reaching the small border town of Golden for our mandatory pre-inspection the mechanic told us that this was highly illegal. So we’d unintentionally driven illegally for three hours on one of Canada’s highly-policed long weekends, with very little option but to drive it back too? Great. And so then on to our next hurdle.

While completing the pre-inspection the mechanic found that our van had a snapped sway bar and so couldn’t pass it. We spent the day calling and rushing all over Golden, hoping to find a cheap replacement and have it fixed and approved before the weekend. We finally found a pair of self-proclaimed hillbillies twenty minutes out of town who had a yard full of old vehicles for plucking. They were able to flip a similar model by it’s seatbelt and yank the bar out, all while knocking back a few hundred cans of Budweiser. By this stage the mechanic had closed for the weekend so we drove the three hours back to Calgary deflated, tired, and still without registration and insurance.

The following week we’d acquired all the necessary permits and were back on the road to Golden, this time all legitimately. The mechanic glanced at the sway bar, passed the vehicle, and soon after we had our registration and insurance. Hooray! Next task – the van build.

Dee and Dan had introduced us to a good friend of theirs, Neal, who had a garage full of tools and the know-how to match. After Anita and I completed the template for the floor we cut the plywood, screwed it down, and covered it over with a faux wood vinyl laminate. We then banged together a bed and made some shelving with the left over ply. We also installed a wind-powered ventilator, some battery-powered lights, and a few other bits and pieces to convert the van into a more liveable space. Once we finished the build we bought all the necessary gear and before long had ourselves a camper!

But our time in Calgary wasn’t all builds and paperwork. Dee and Dan also took us on a tonne of great hikes and outings which helped clear our heads of the stresses of the van and revitalise our minds. We visited Banff National Park and town, Minnewanka, Grassi, Moraine and Louise lakes, Johnston Canyon, and the Ink Pots, even experiencing our very first encounter with a bear! In true Calgarian style Dee also took us down the Bow River in a giant raft, an activity only permitted once a year, and also to the annual Lilac Street Festival.

And then the day had come. Fuego (that’s “fire” in Spanish) was packed and ready, and it was time to say goodbye. Although one of the more stressful parts of our trip we had such a great time with everyone in Calgary. We were able to experience the very best of Alberta and it was all thanks to Dan and Dee, our very accommodating and generous hosts. Thank you so much guys for tolerating us over that rollercoaster of a month, it really means the world to Anita and I.

Neal is also a capeless hero, taking time out of his busy life to help make our project a reality. We simply couldn’t have done it without him so he deserves a very honorable mention, along with some sort of medal.

Next stop Vancouver, but not without a few stops along the way. Stay tuned! 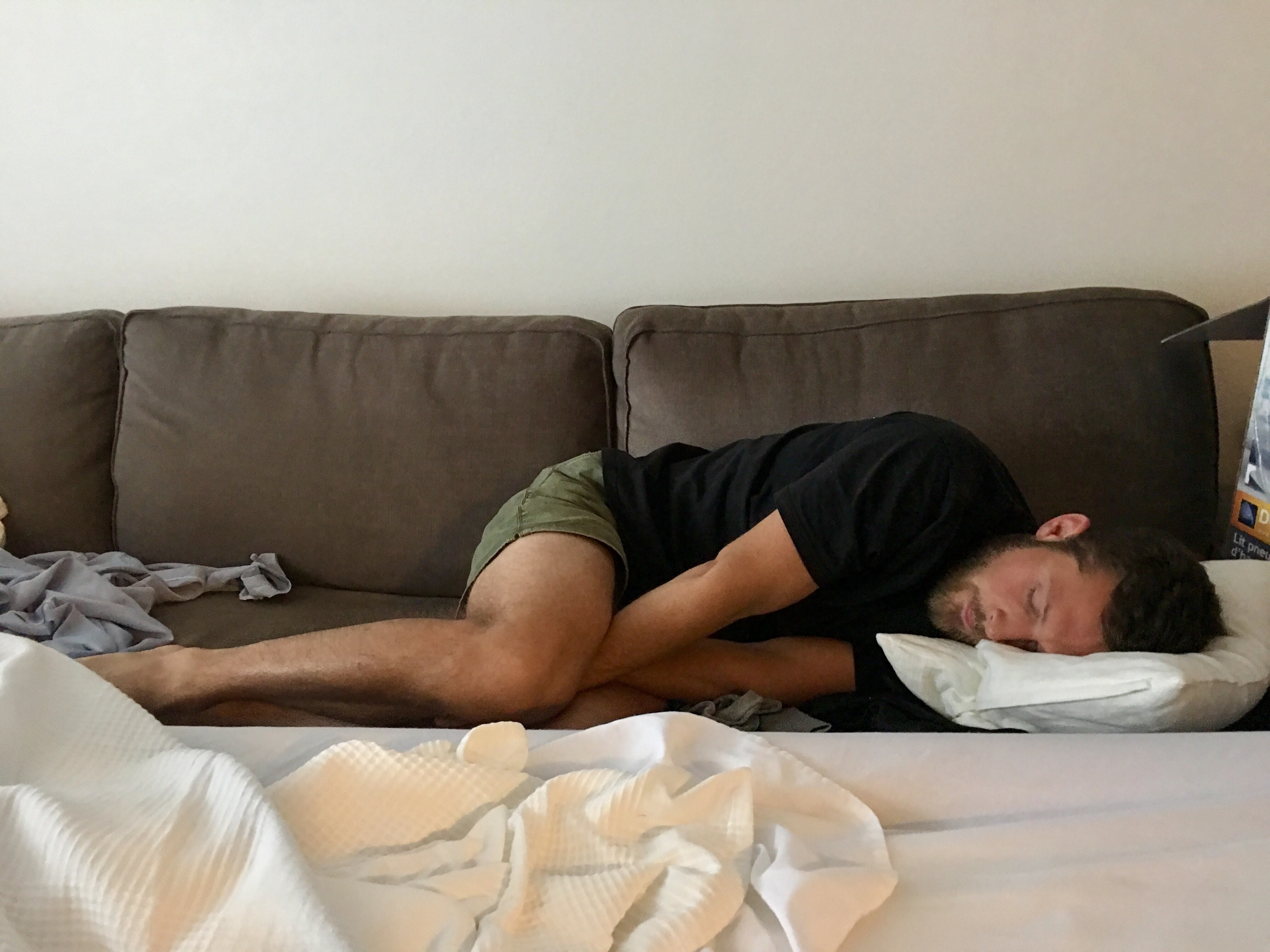 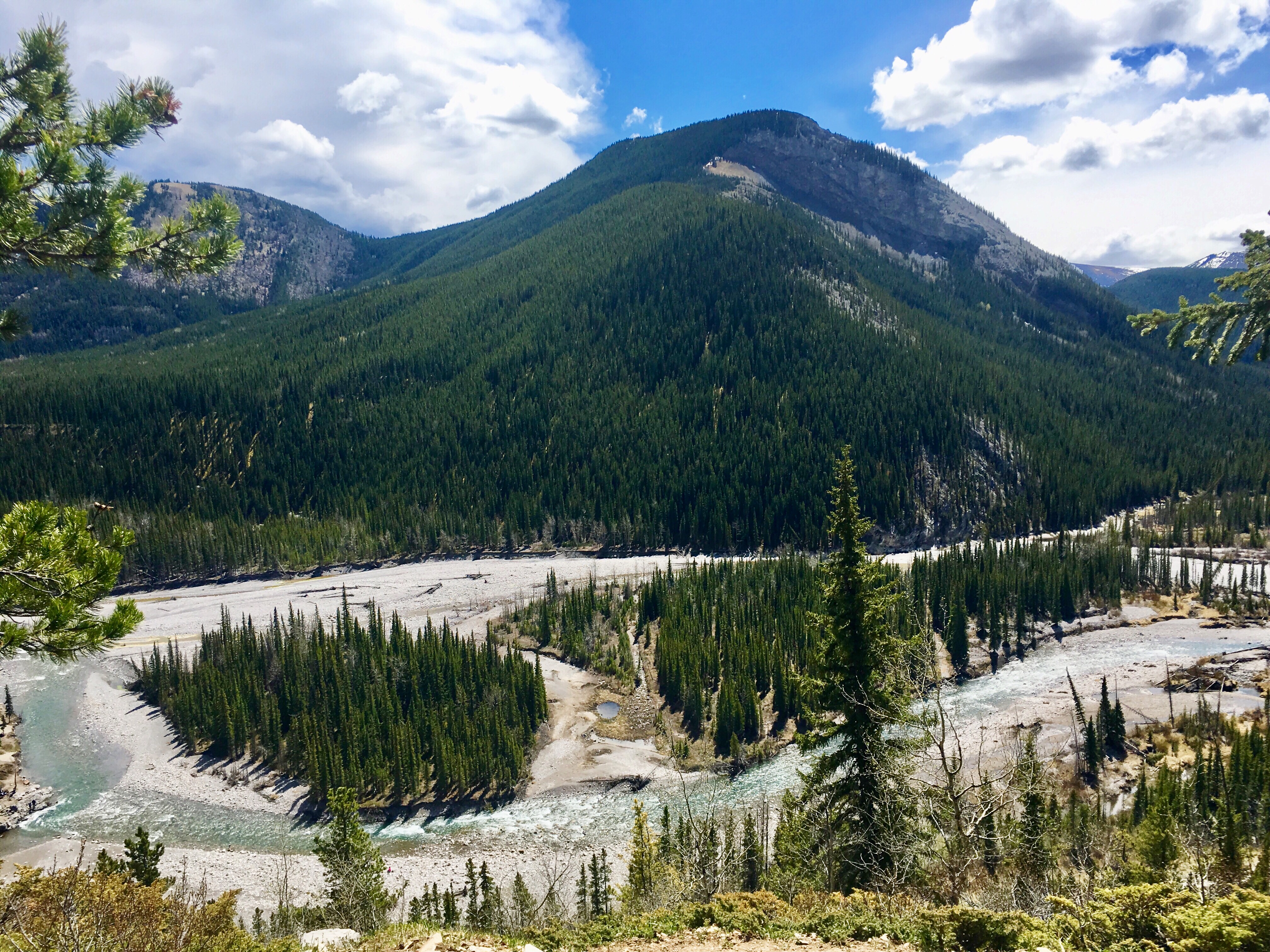 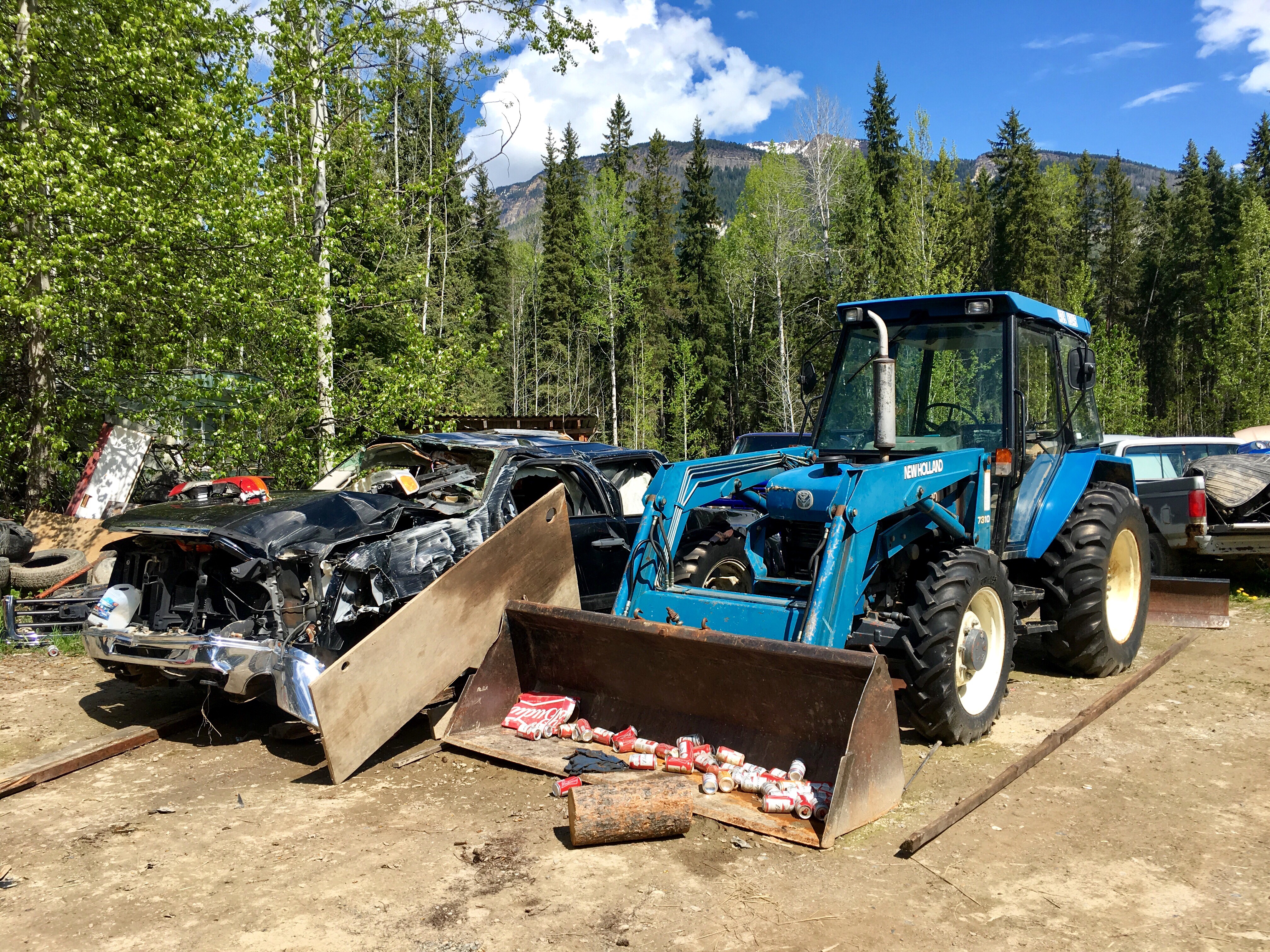 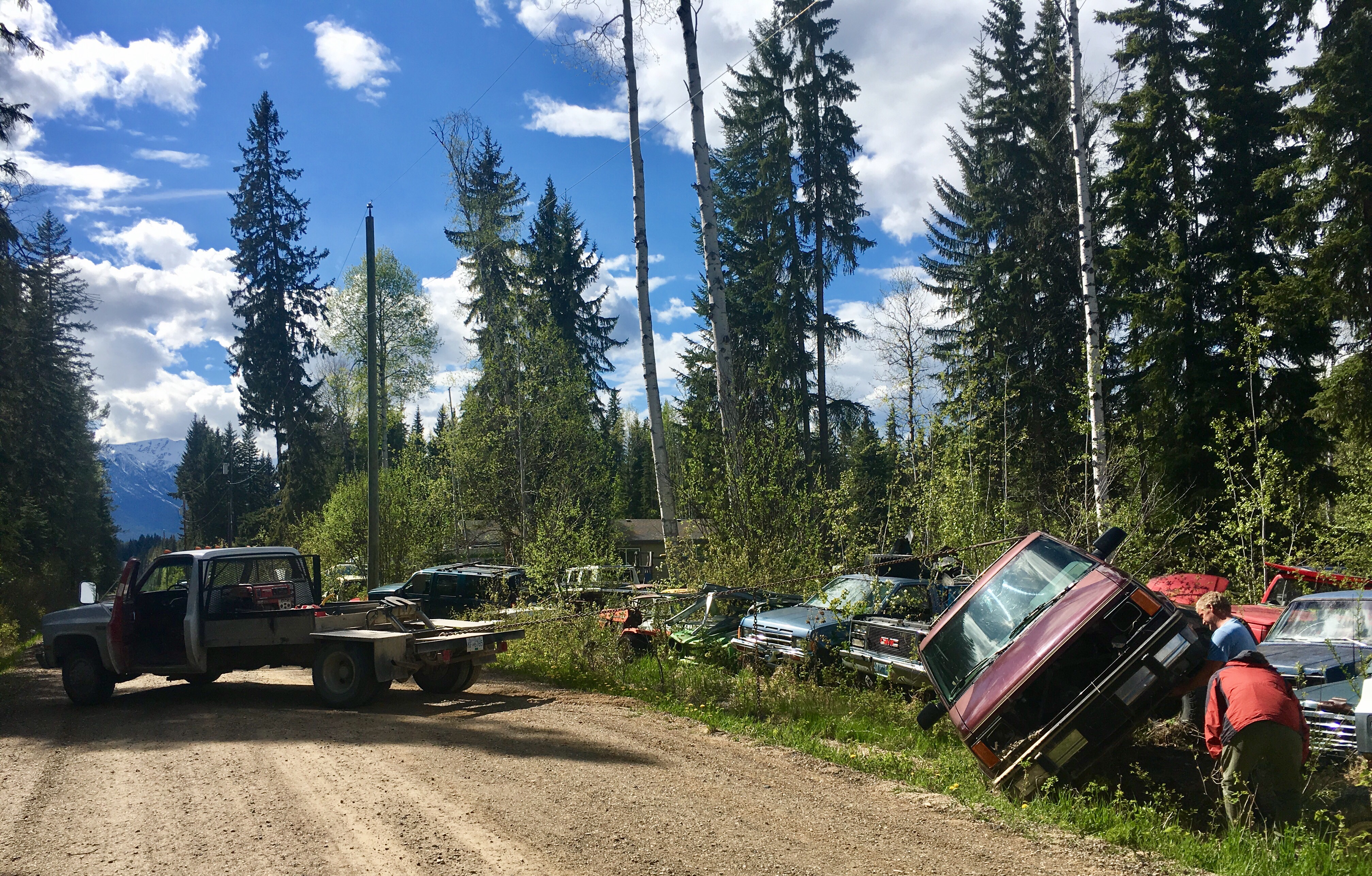 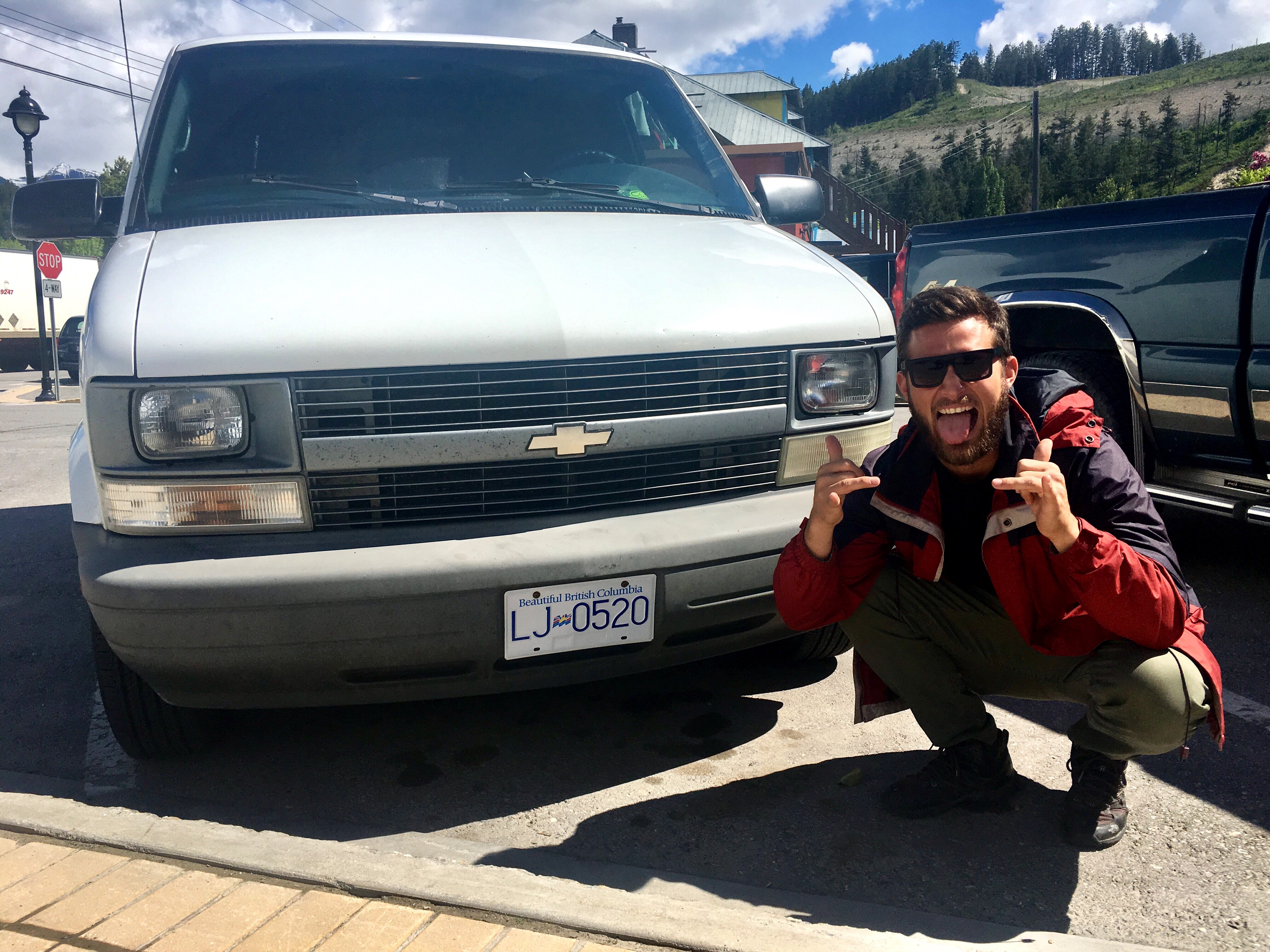 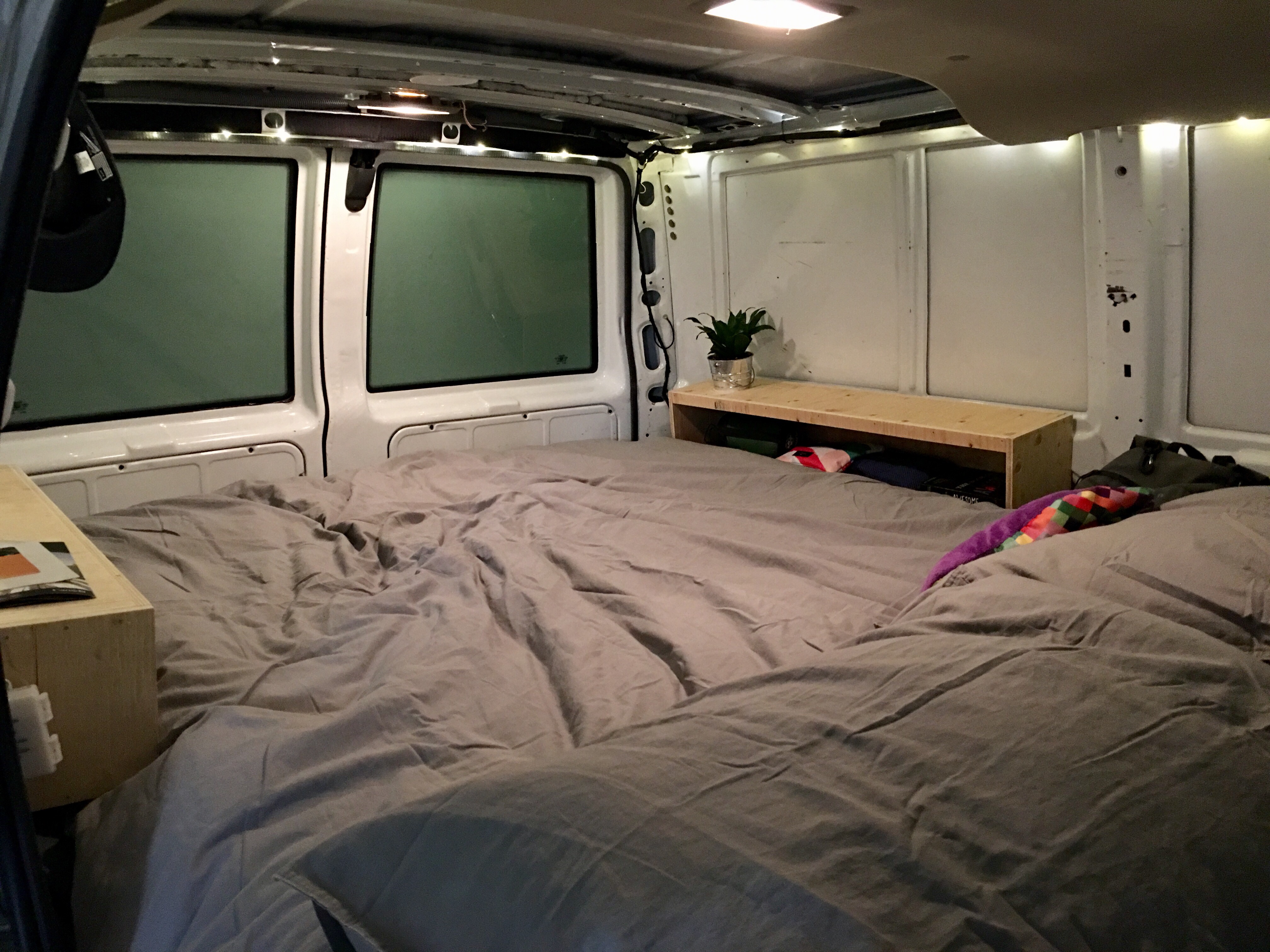 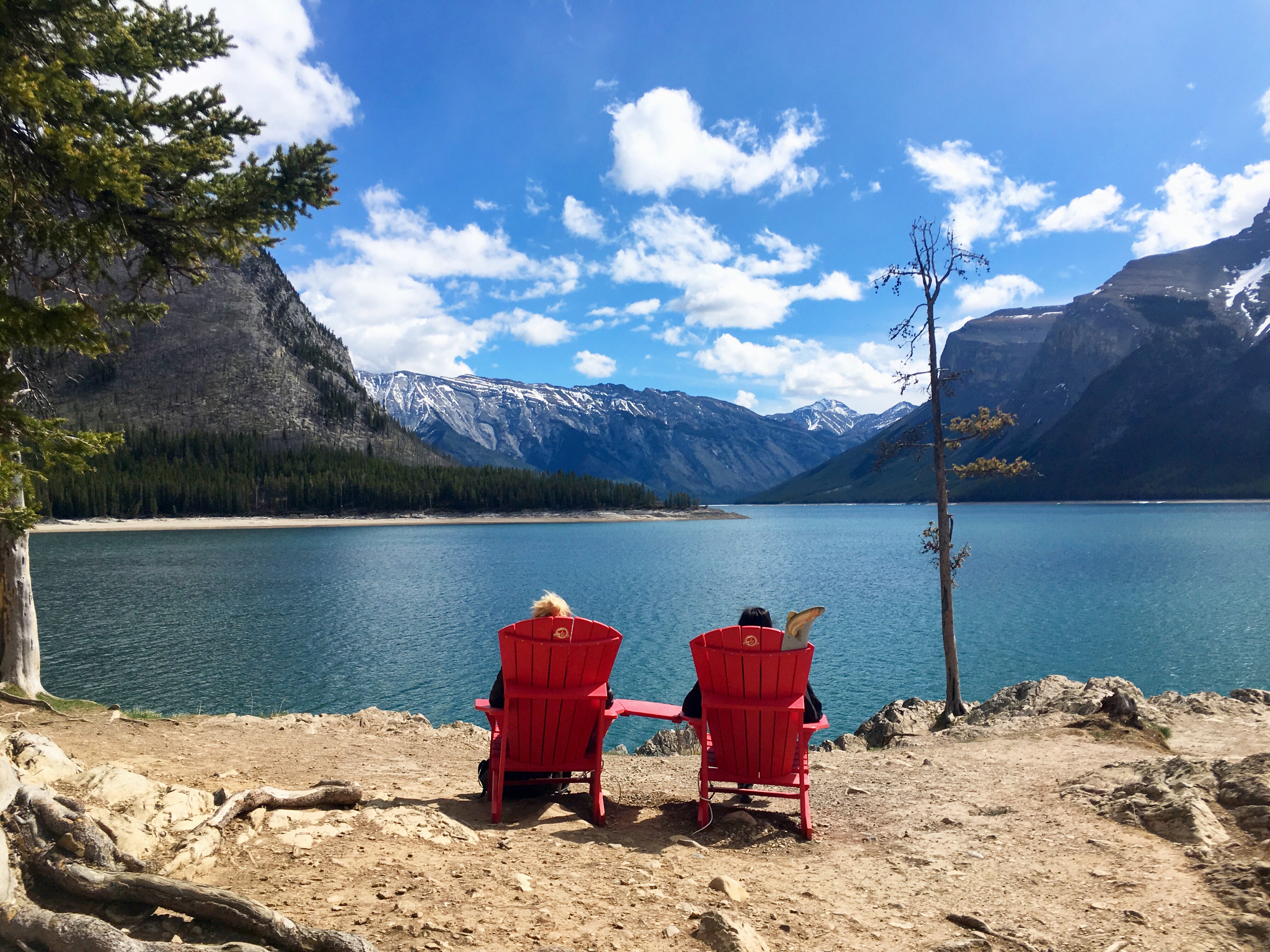 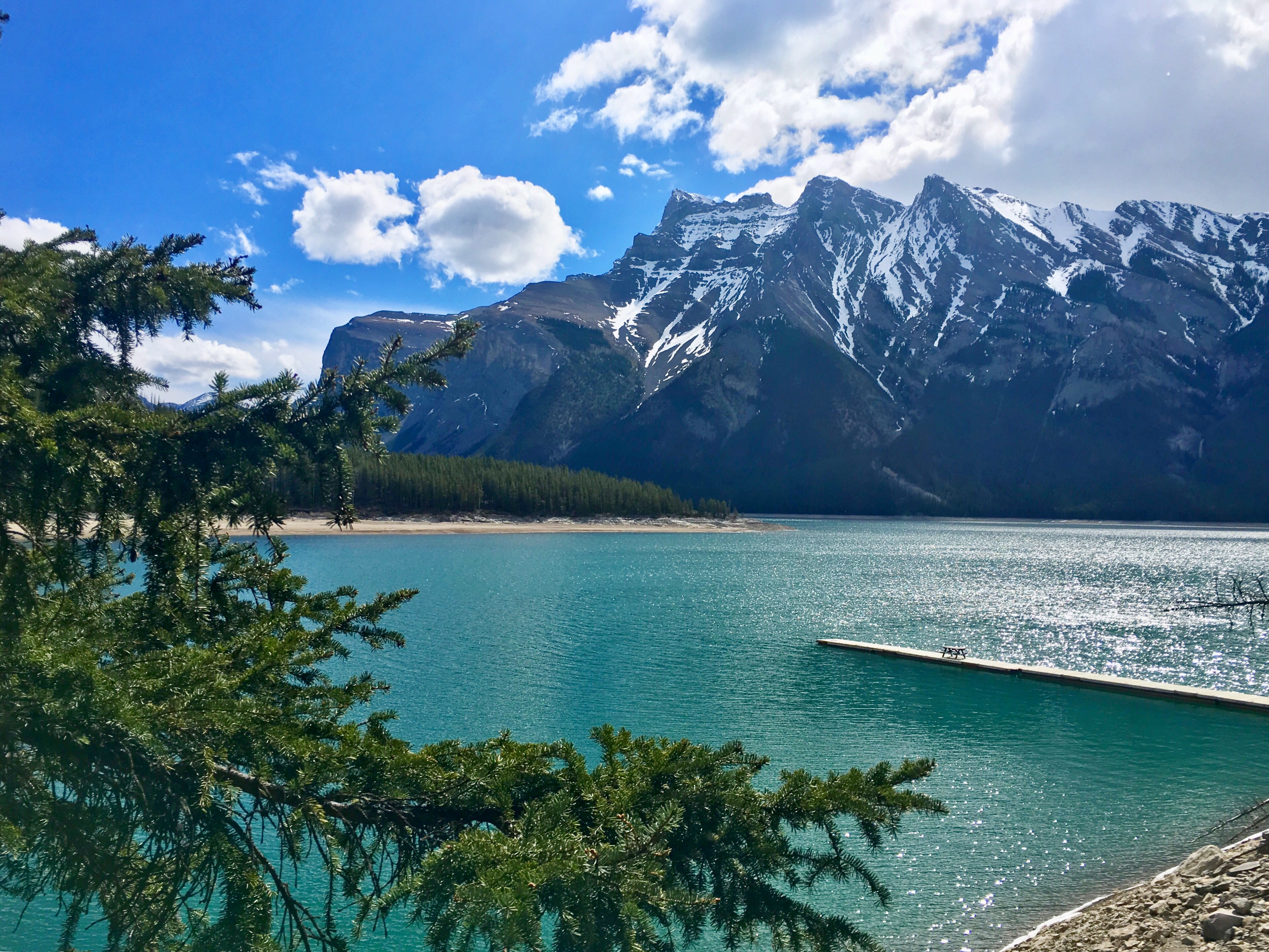 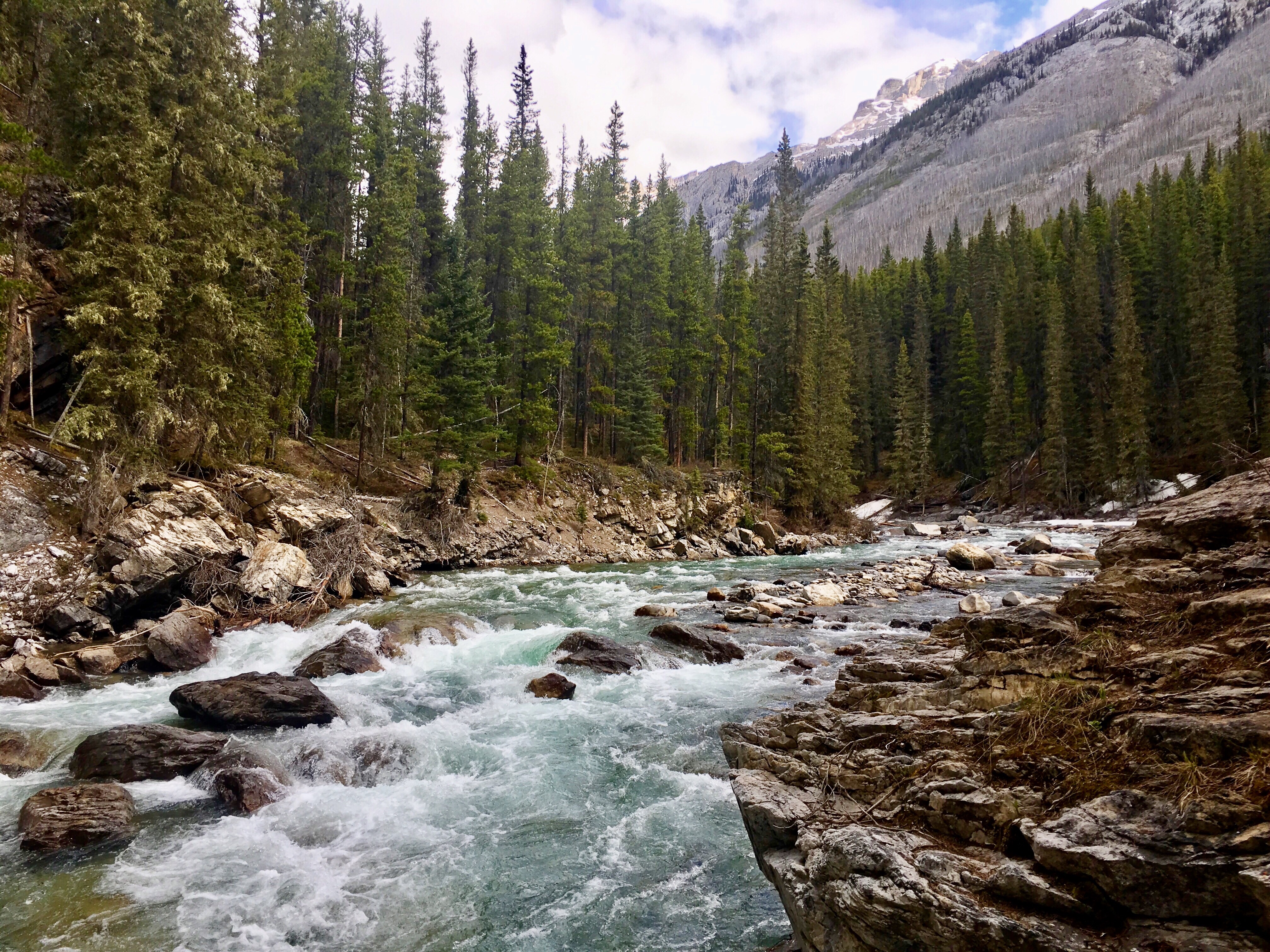 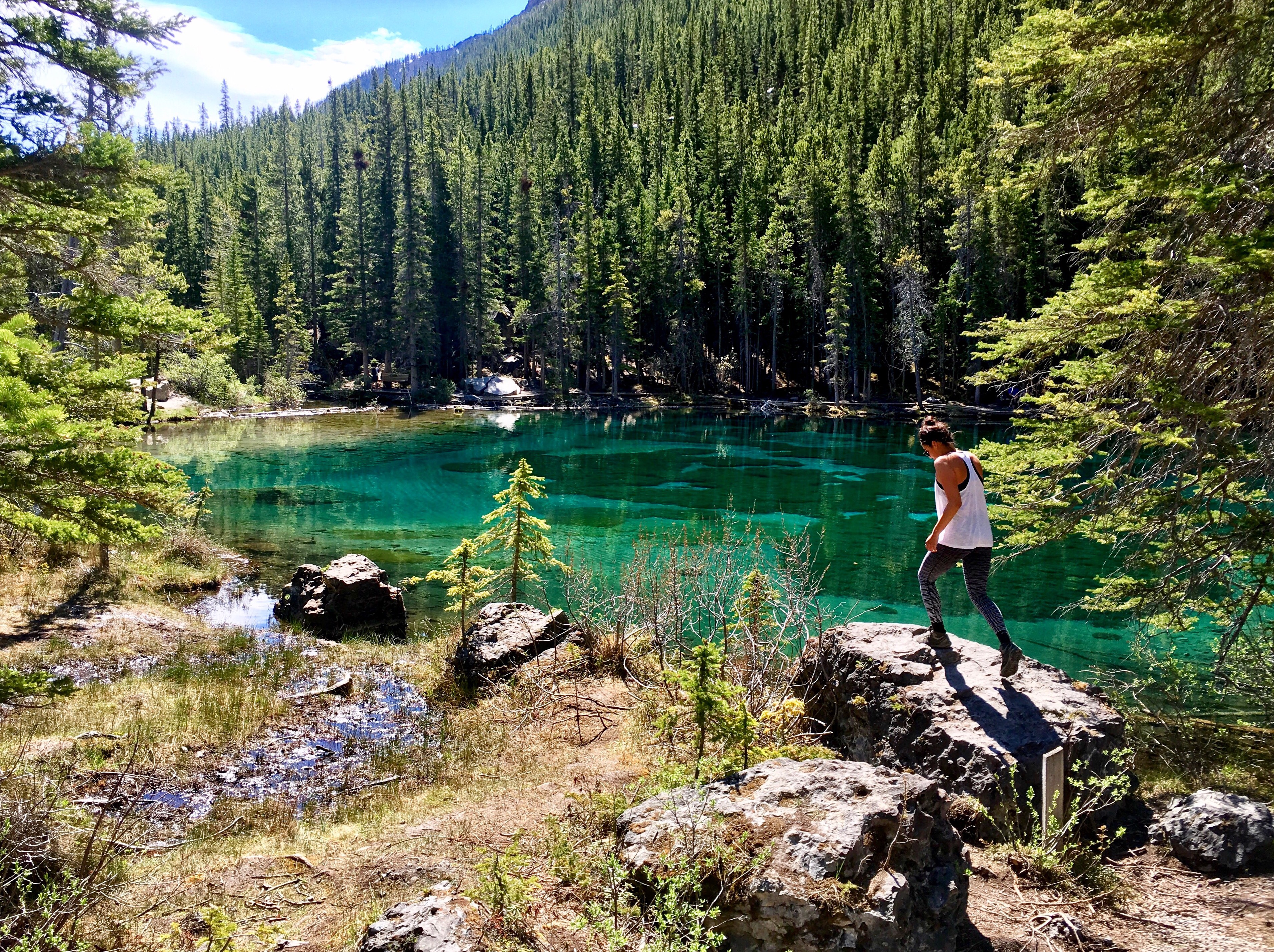 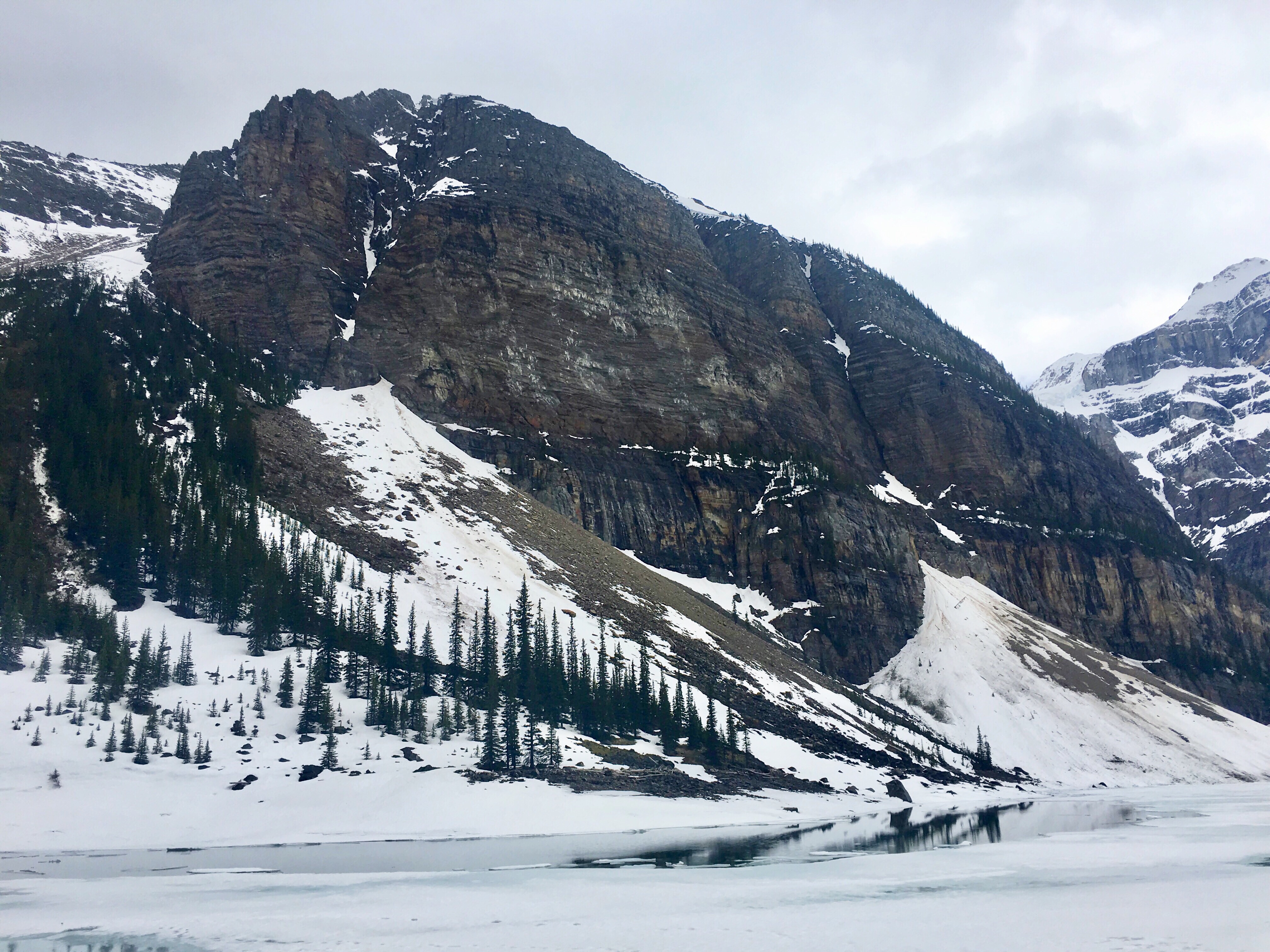 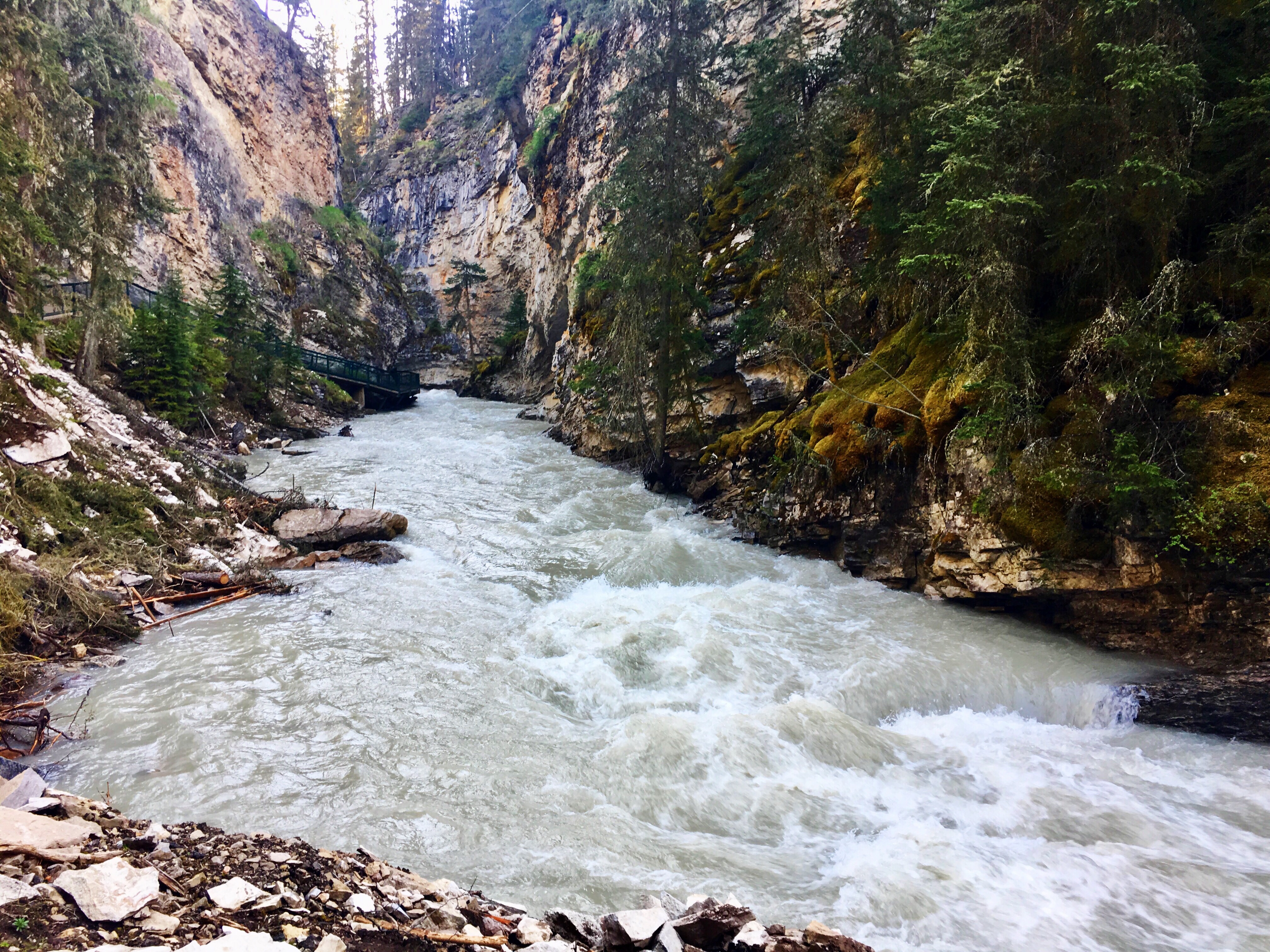 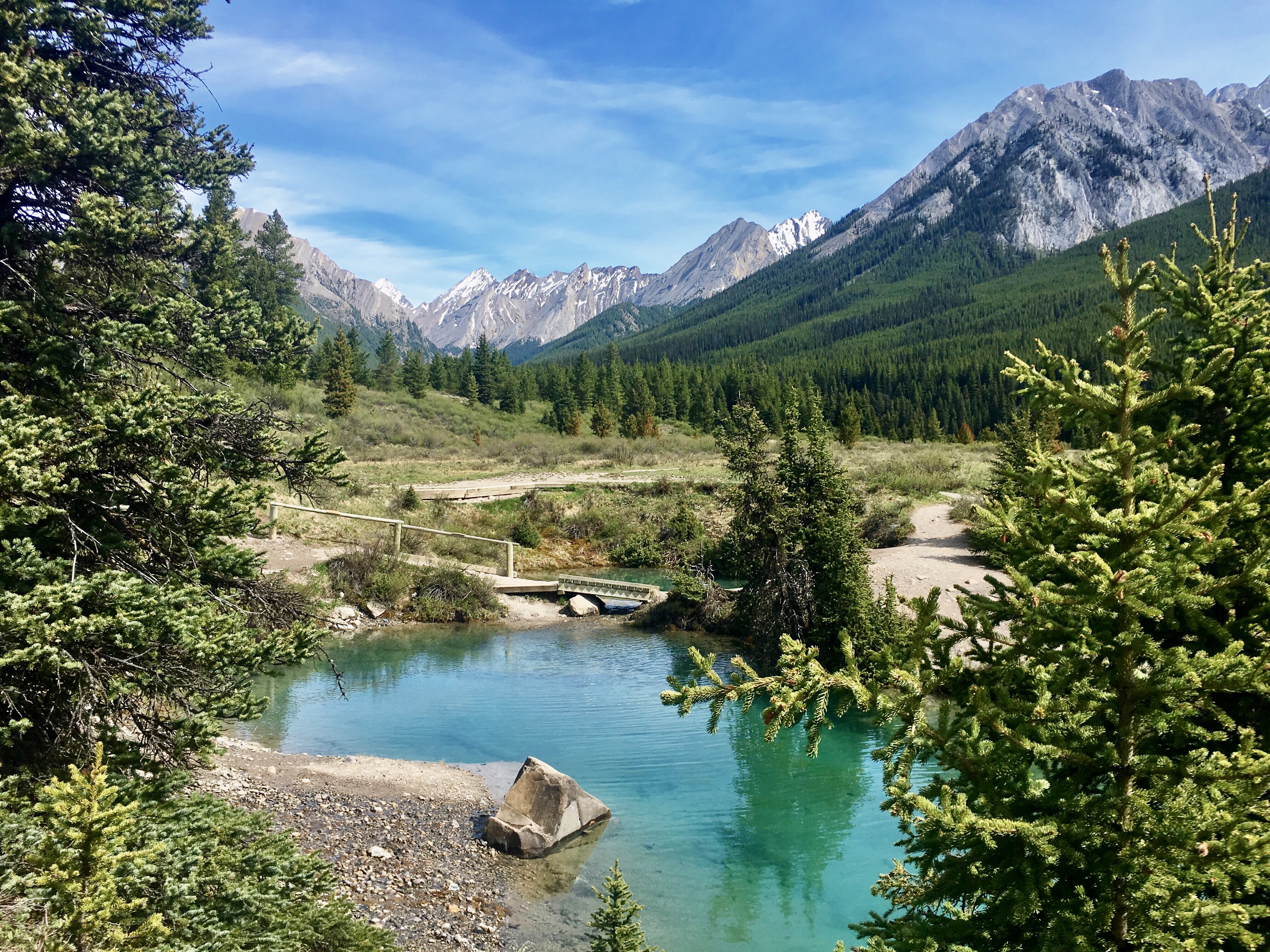 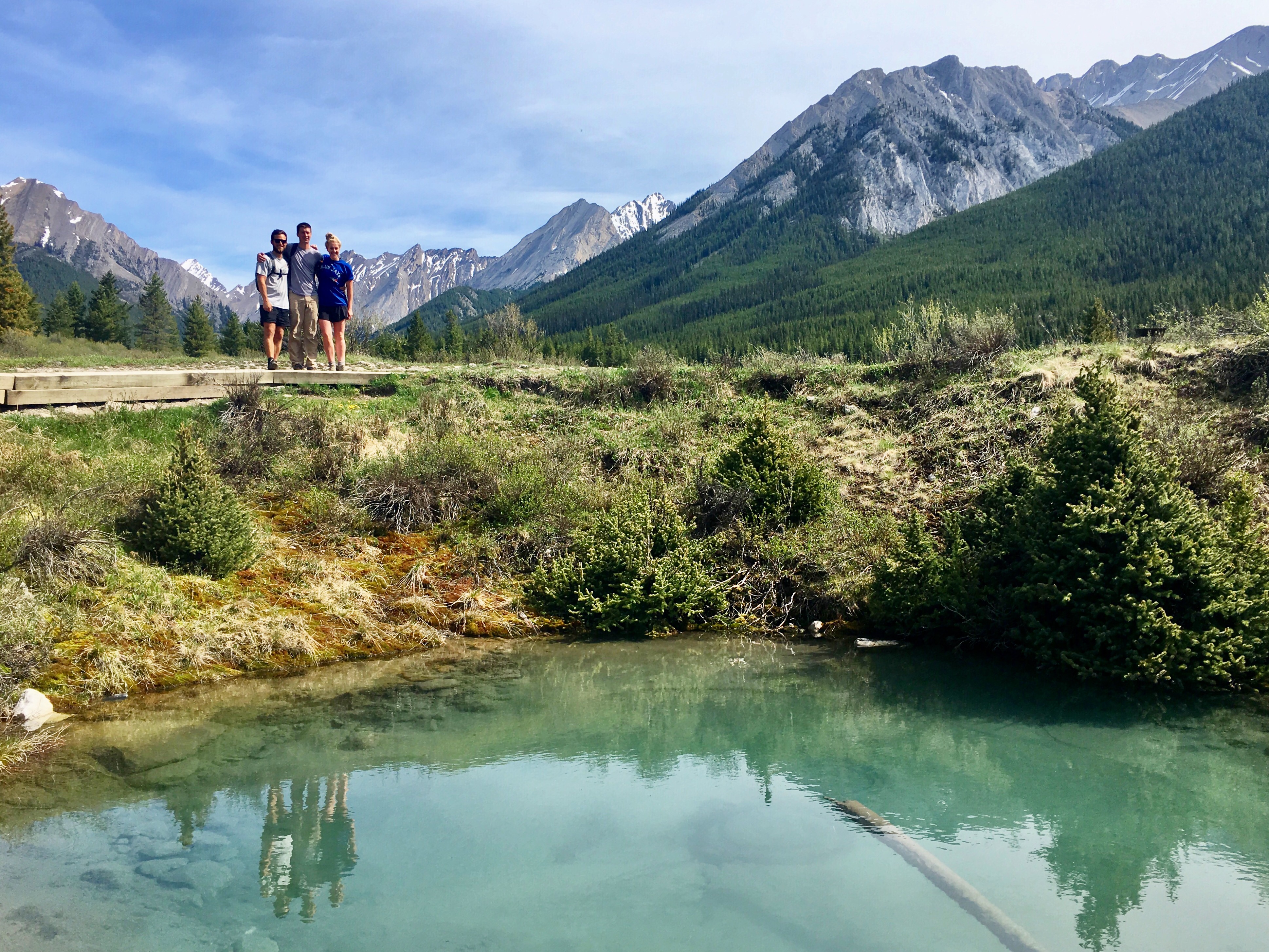 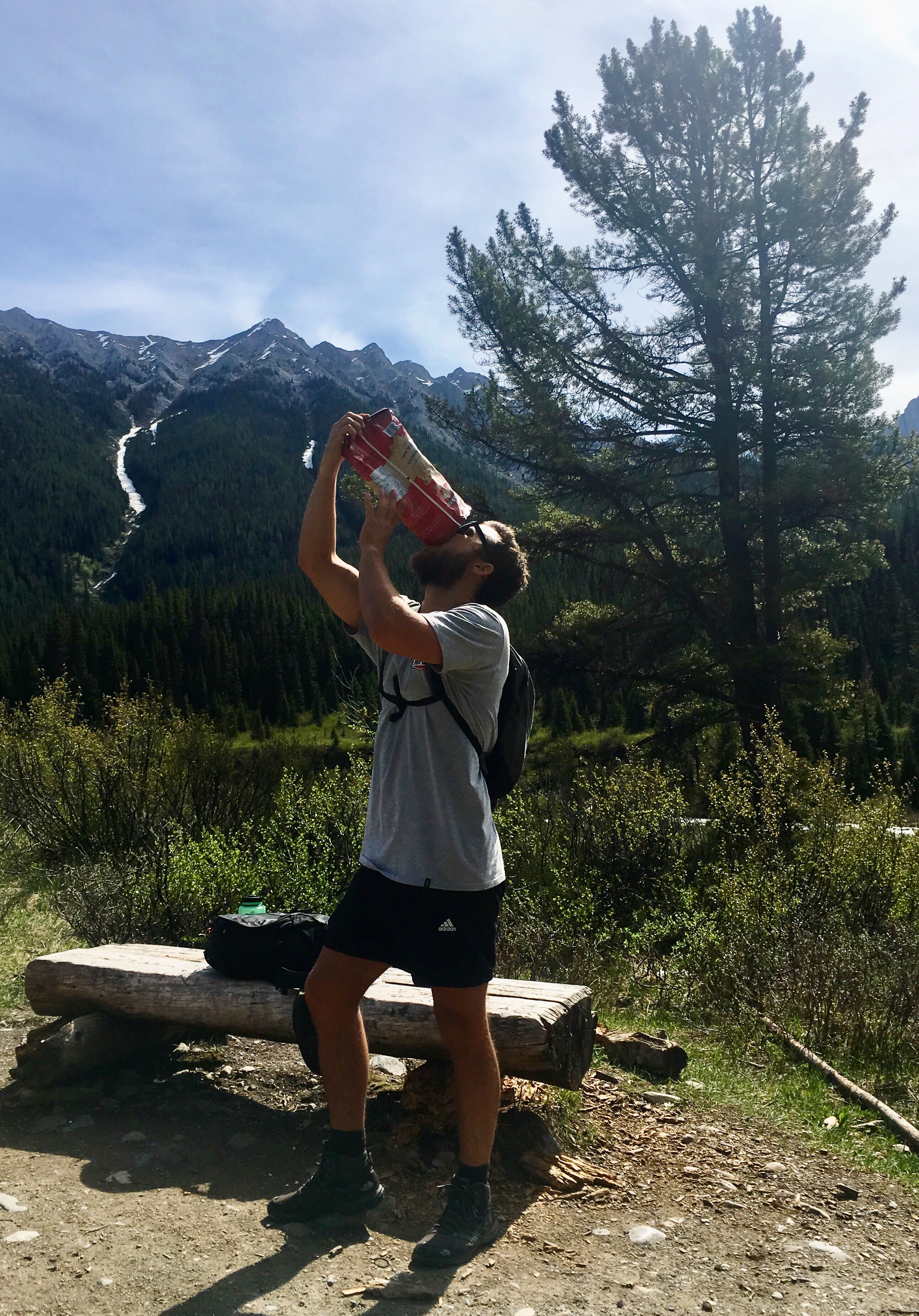 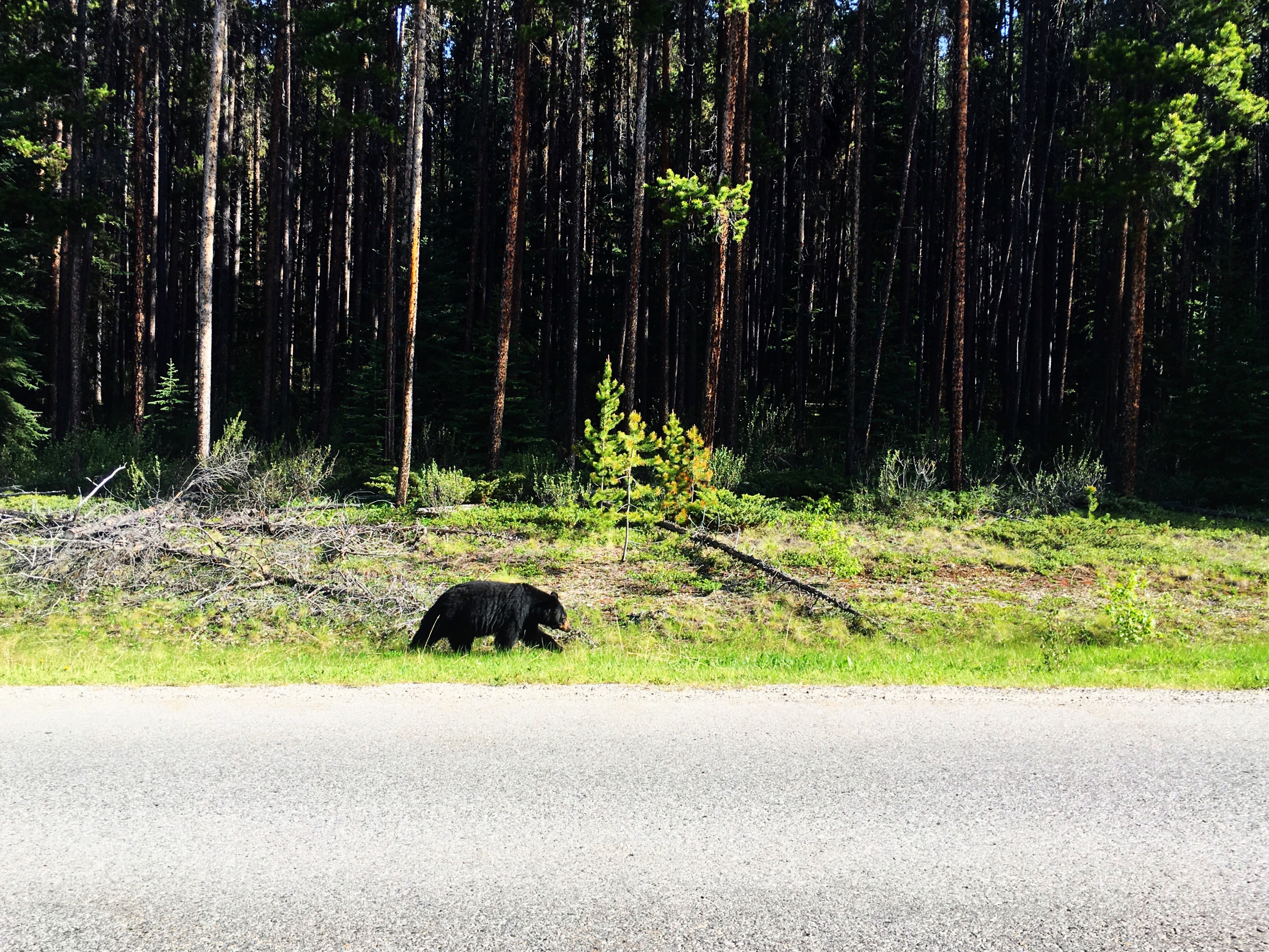 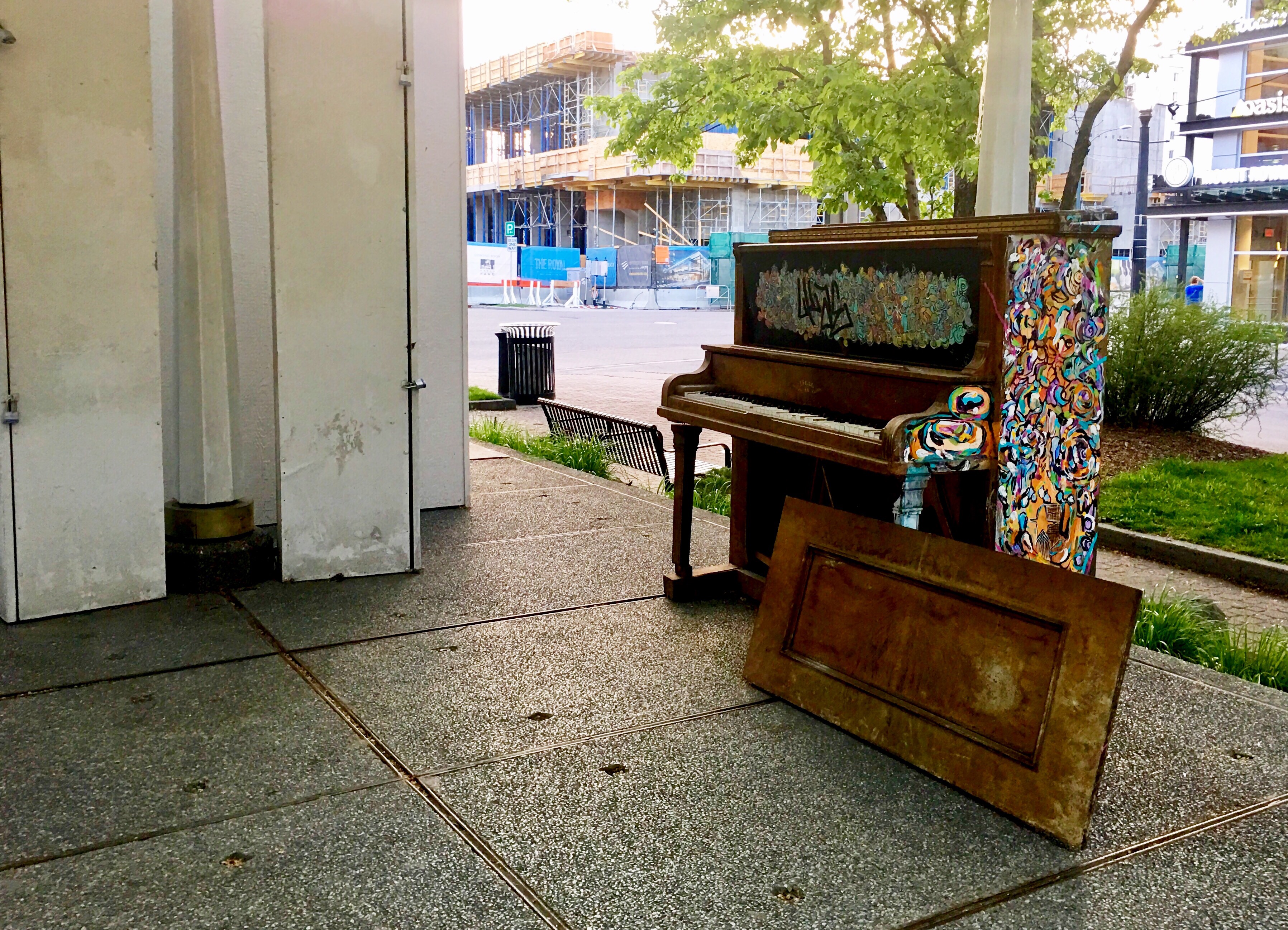 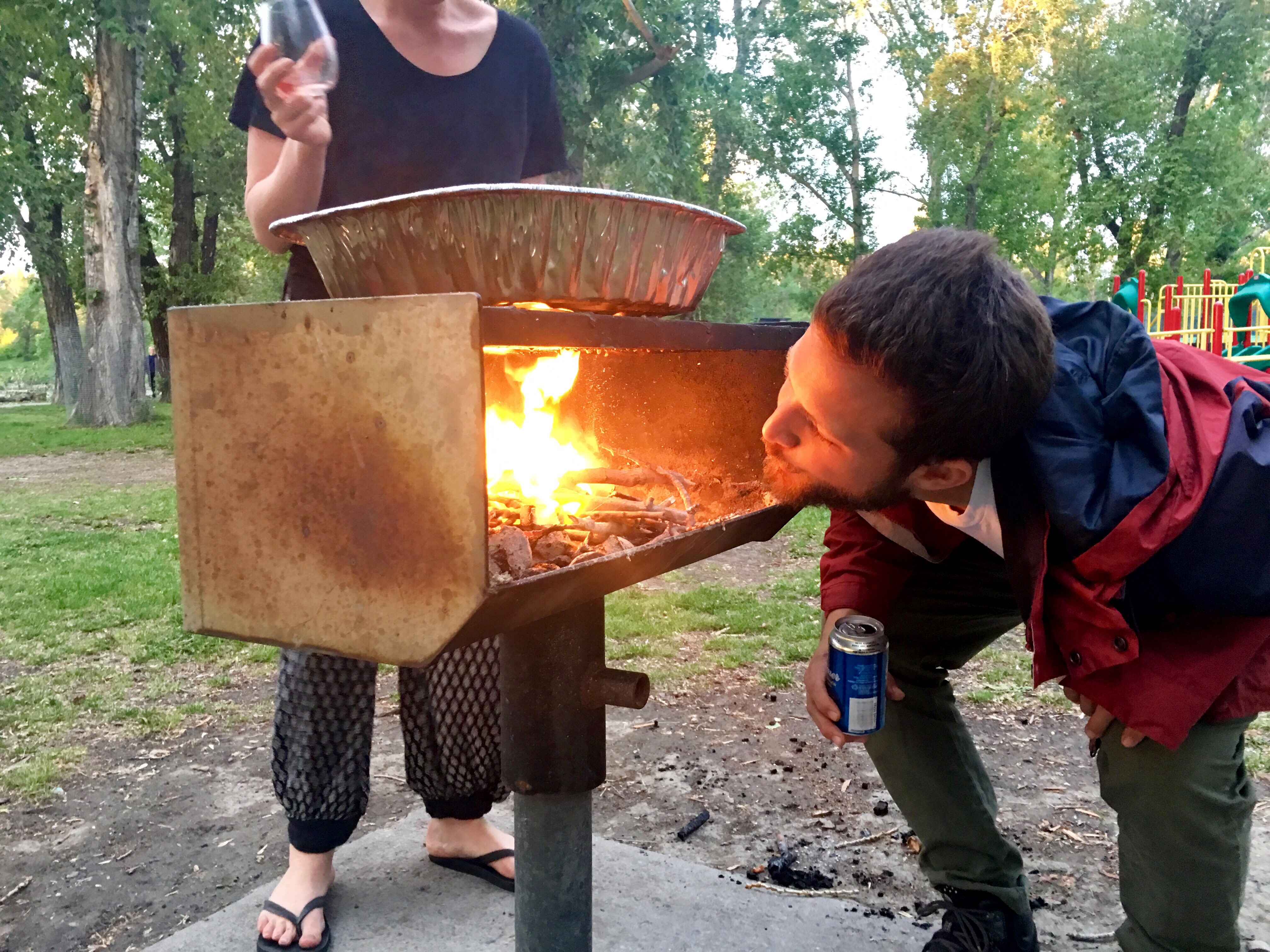 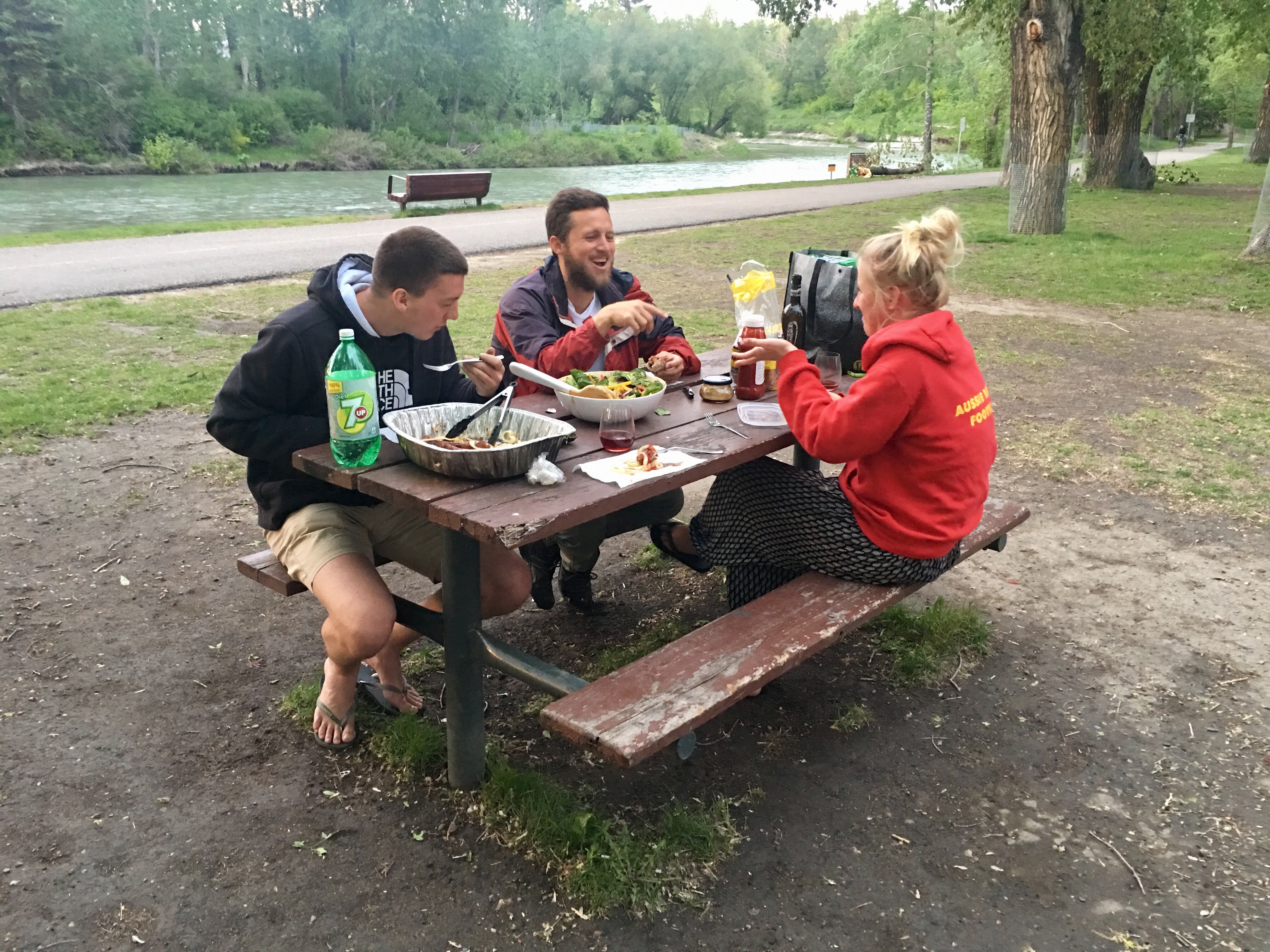 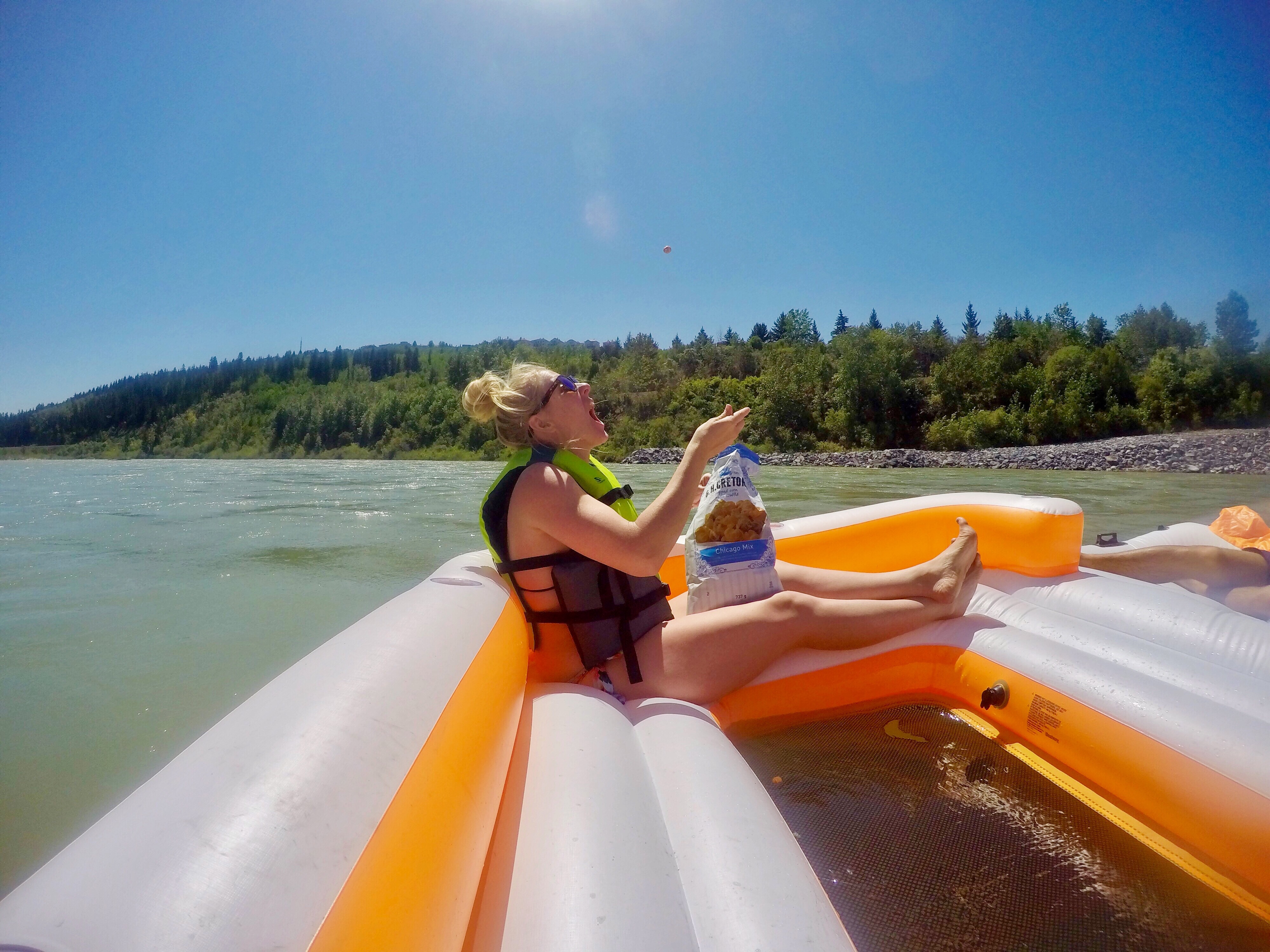