It was a long bus ride to Mhamid, the very last stop on it’s route from Marrakech. By the time we’d rolled in it was fairly late, so Anita and I were eager to get to our workaway where we’d be helping with some natural building in the Sahara Desert for the next four days.

Our host, Mbark, welcomed us at the bus stop, and just as well because as we jumped off we were surrounded by a group of men wearing tuareg turbans across their faces and nothing showing but their dark eyes. Lucky for us they were just trying to sell us a room in their guesthouse, but still a pretty startling sight.

After greeting us with a smile, Mbark went on to explain that our transfer into the desert was going to cost us 20AUD. This bothered us quite a bit because it seemed expensive for the 6km we had to travel, but more so because it hadn’t been mentioned until we arrived. We were tired, didn’t want to get off on a bad foot and had limited other options, so agreed to the price and jumped in.

We quite literally crossed over the end of the road, disappearing into the thick of the darkness and straight into the steep dunes of desert. After climbing over our first dune it became very clear why we weren’t able to go by taxi and needed a 20AUD 4×4 transfer. We drove deeper and deeper into the night, losing all sight of the dimly lit town of Mhamid behind us.

When we finally arrived, we were taken into the comfortably-styled main tent where we met Jamal, an off-duty Morrocan soldier and friend of Mbark’s, and Camilla, an Italian volunteer and hash enthusiast. We spent a little time getting to know everyone before we were shown our tent and space to lie. It was there that we also met Martin, an energetic German volunteer who had also just arrived but was catching up on some much needed sleep. By this time it was quite late, so we too hit the ground sleeping.

The next morning we woke up and eagerly wandered outside. It was such a beautiful site. Sand dunes rolling far into the distance, and not a person or thing in site. It was also so peacefully quiet, unlike anything we’d ever experienced. Usually when in nature and away from civilisation you hear water, birds or crickets. There, you hear nothing but the wind, a stark contrast to the hectic medina of Marrakech. After some breakfast, Martin and I did some digging while Anita and Camilla collected water from the well to water the plants. After finishing our duties, Anita and I decided to shower.

As there was no running water, showering involved collecting water from the camp’s well and using a cup from a bucket. It’s surpsingly difficult to do this by oneself, so we enlisted the help of each other. Having your laughing partner throw cups of cold well water at you while being blasted by sandy desert wind isn’t the most enjoyable of experiences, so we decided a face and underarm splash would suffice for the days following. Going to the toilet also meant manually flushing i.e. pouring a bucket of water into a hole. This too wasn’t exactly pleasant, but the type of thing you’d expect when living in the desert.

That evening we sat on a nearby dune, watching the sun slowly dissapear behind the mountains and the sky light up with thousands of stars. Later we were relaxing in the main tent when we heard a 4×4 pull up and shortly after new volunteers Shah, Grace, Synsorae and Manuela walk in. We all spent the evening getting to know each other around a tagine dinner, then it was time for a camp fire and some traditional Berber music played by Mbark and his visiting friends.

The following days were spent carting sand, clay and well water to help build a roof for one of the mud houses, then spending the rest of the day relaxing in the shade or on one of the surrounding dunes. We also drank a lot of Martin’s mint tea as he attempted to perfect his skills, played a few games of cards, listened to music, and shared stories and laughs from our travels.

Then the time had come to leave the desert and return to civilisation, so we said our goodbyes to Mbark, Martin and Camilla, and returned to Mhamid with the rest of the crew. There we stayed one night, treating ourselves to a hot shower, a hot meal, and a comfortable mattress, right before another long bus to Tinghir early the following morning. 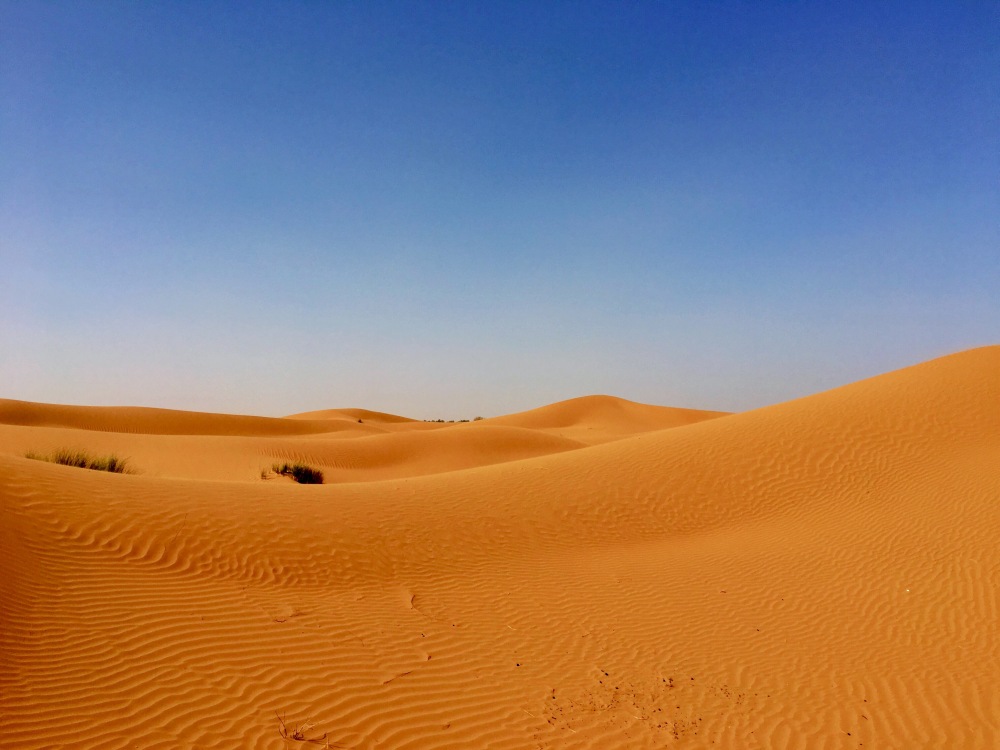 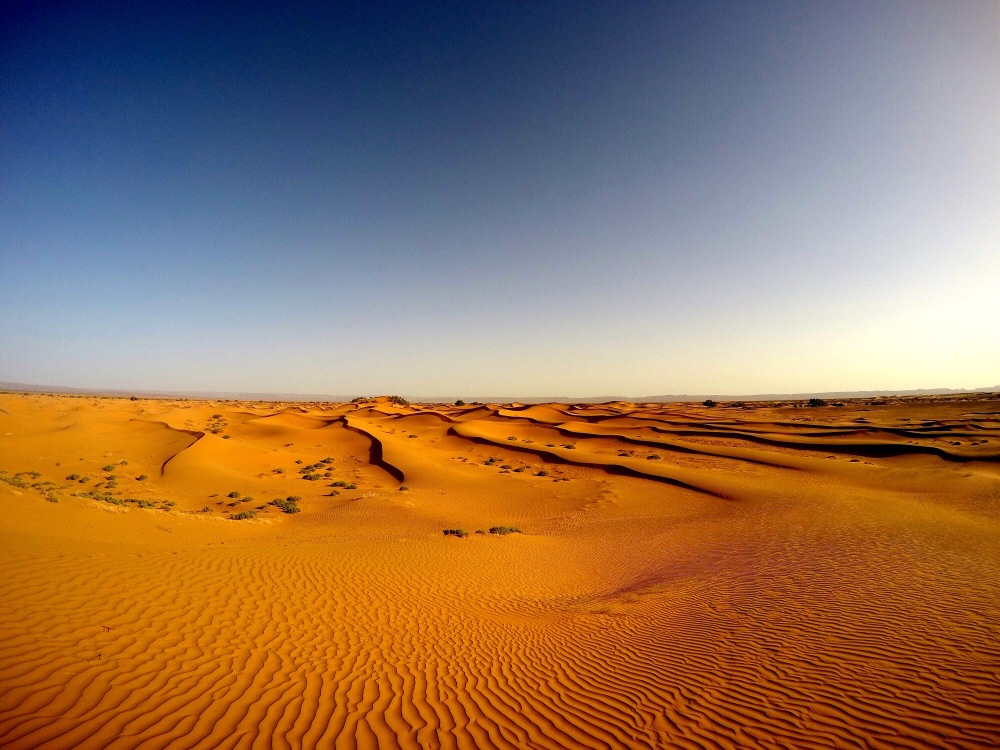 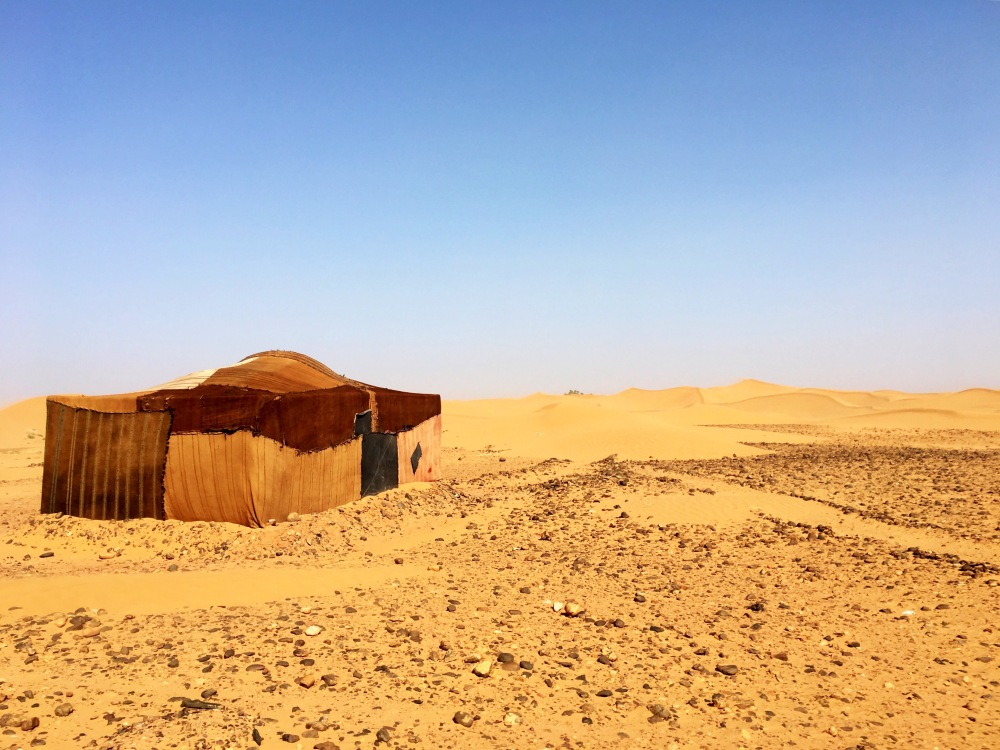 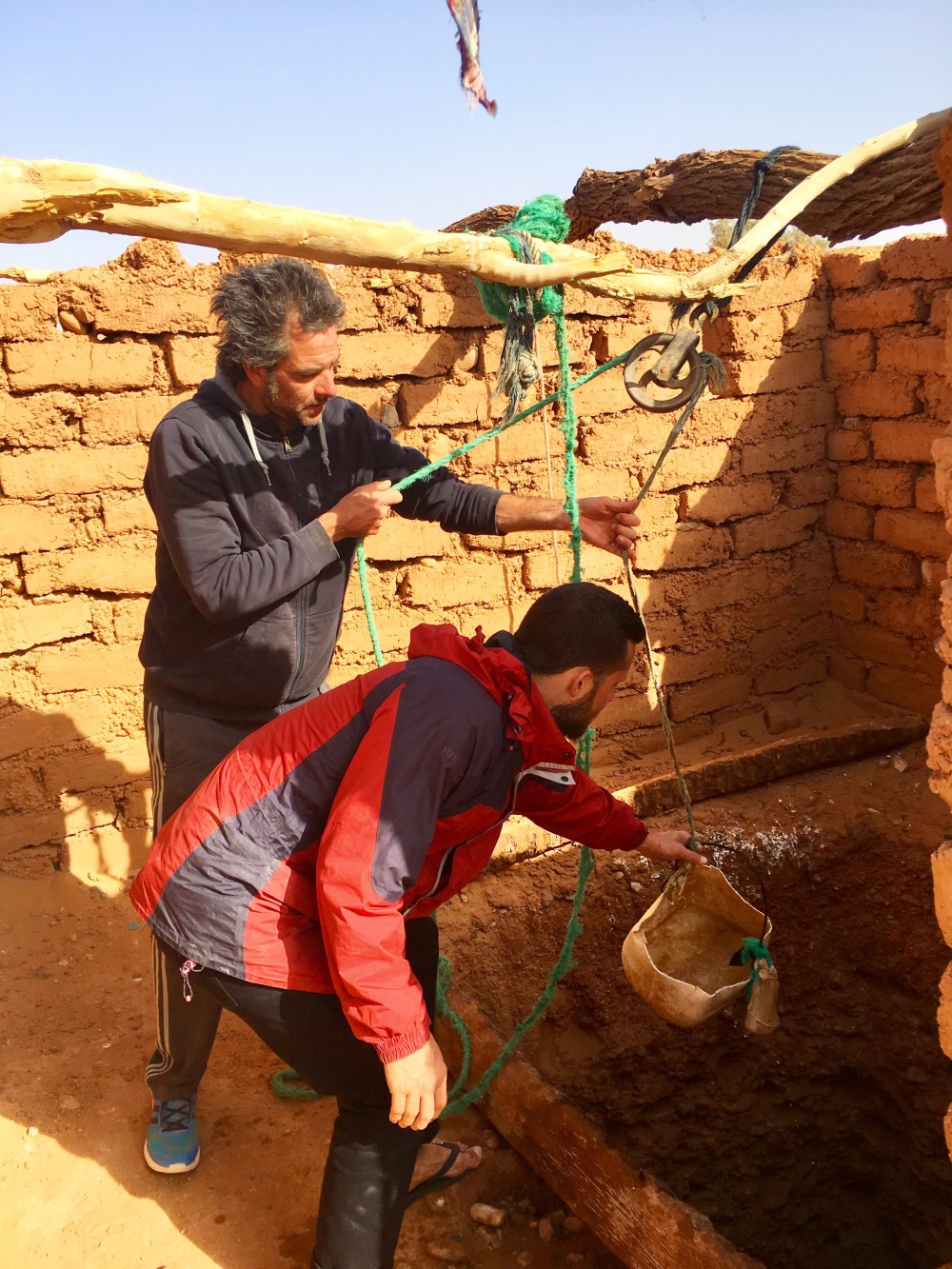 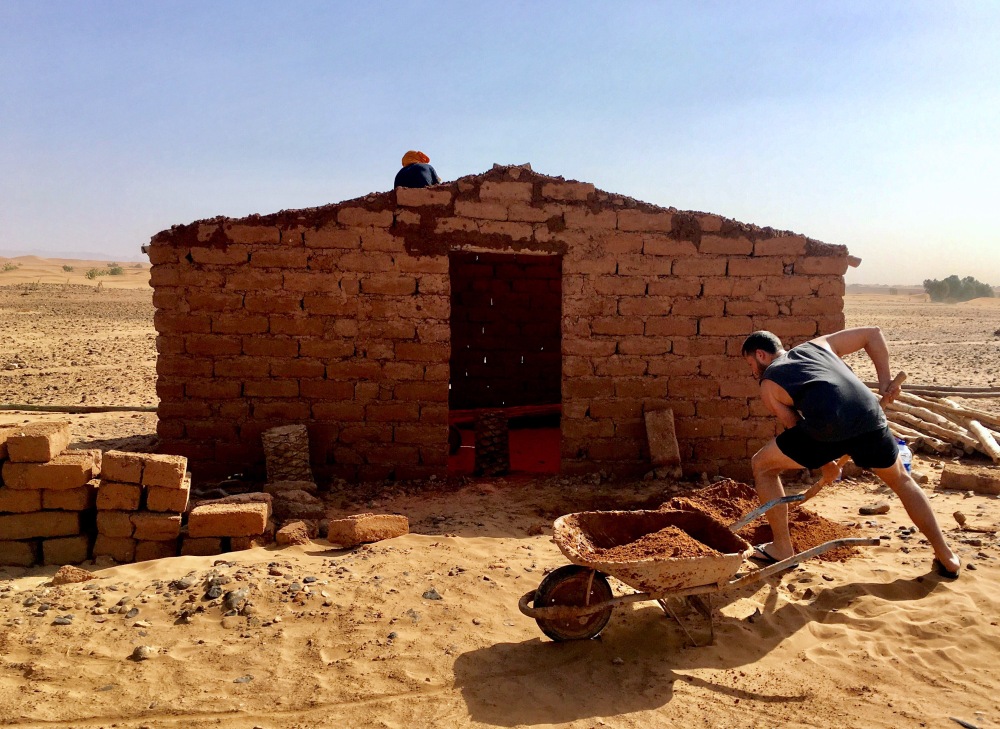 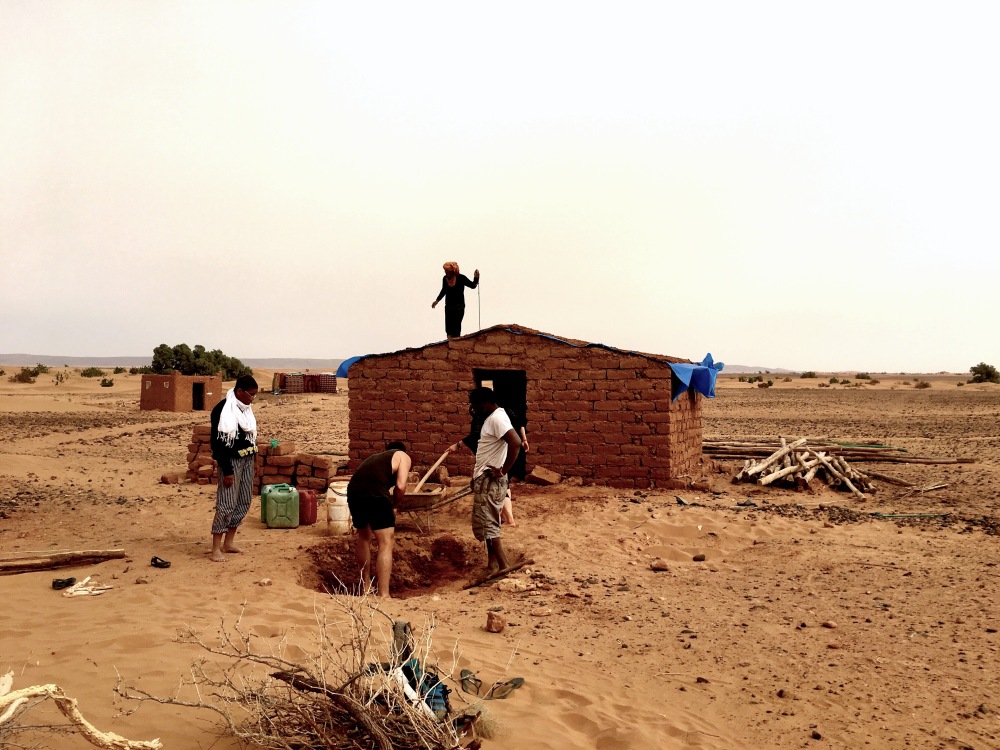 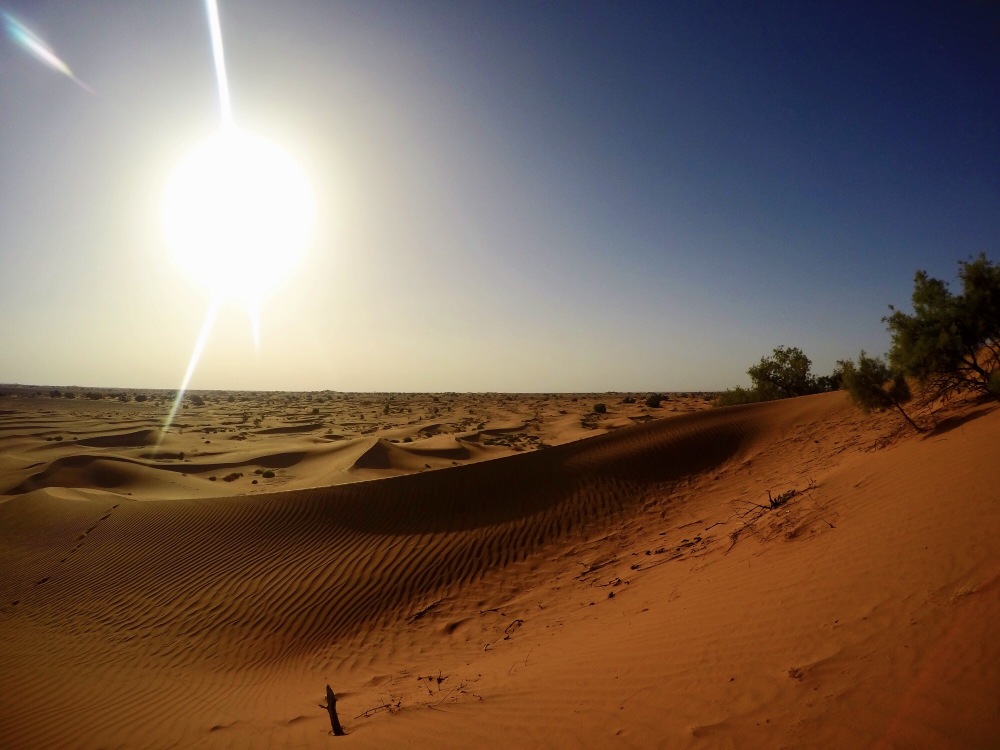 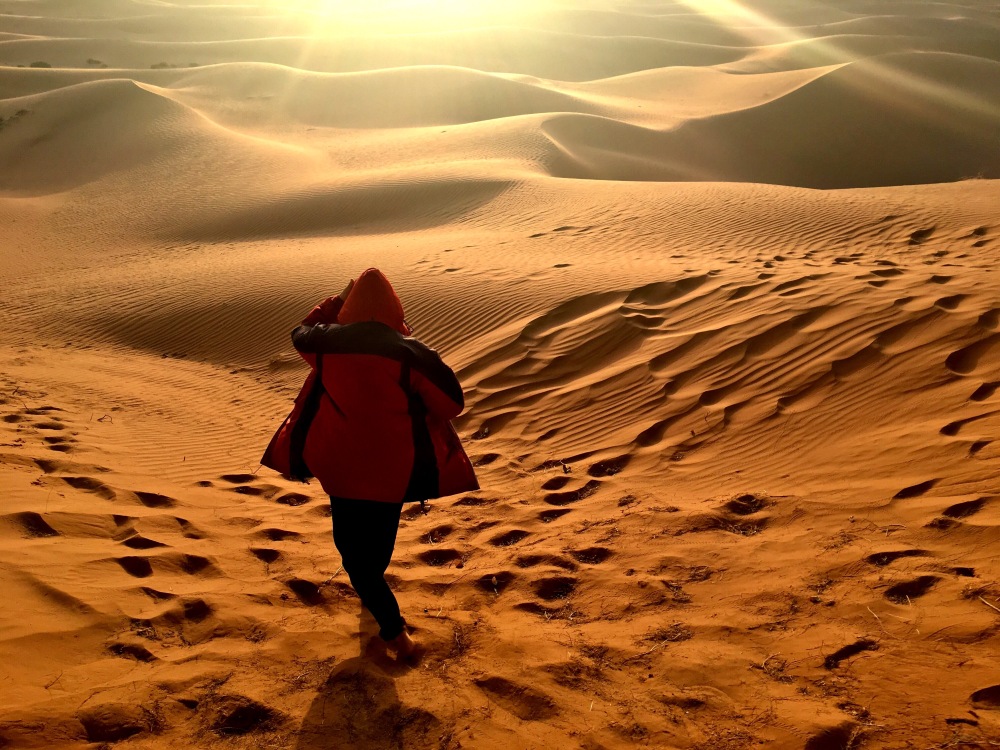 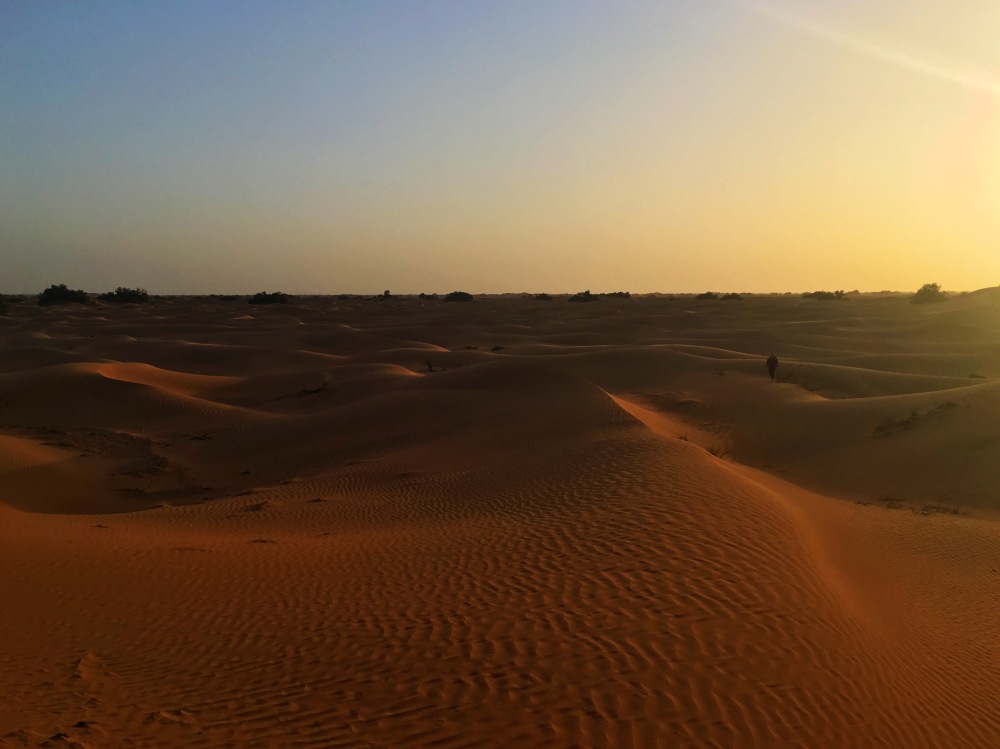 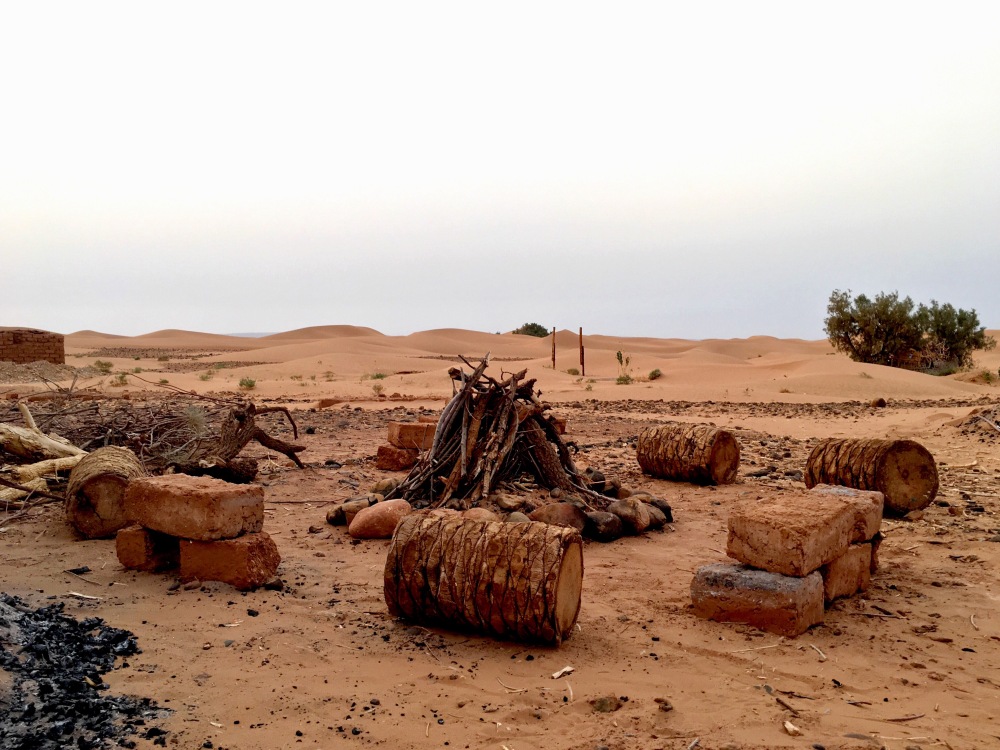 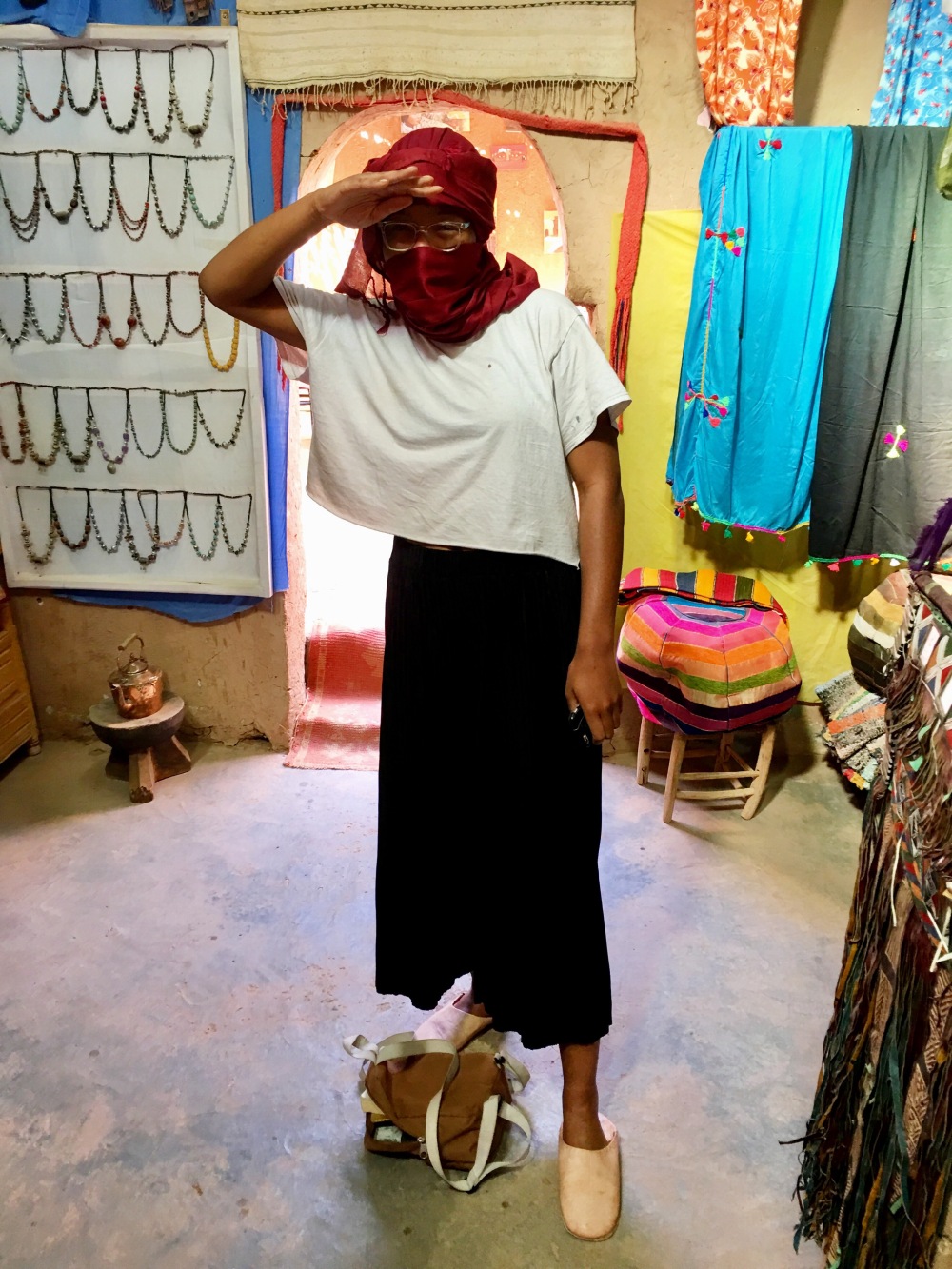 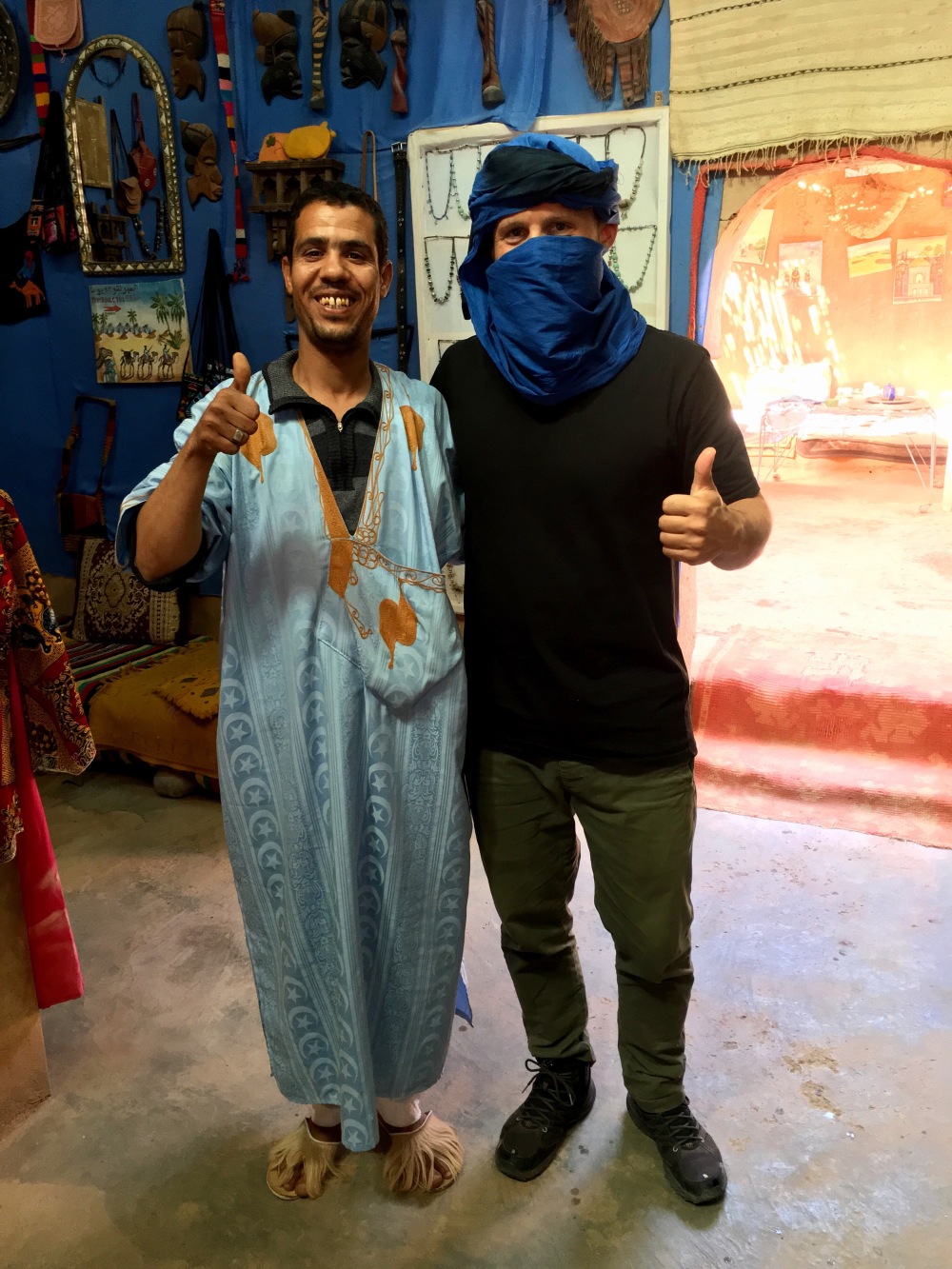 One thought on “Mhamid El Ghizlane”