We dropped Connie’s car off in Besenbüren and moments later Aunty Elena collected and drove us to her beautiful apartment in the centre of Zürich. The last time I saw Elena’s apartment was seven years earlier in it’s building stage, so being able to see it complete and entirely decorated was a real treat.

After getting properly settled in, Elena asked if we were hungry. We didn’t have lunch but knew we were soon leaving for dinner at my cousin’s house so said we’d eat something small. Next minute we came in to a spread of breads, meats and cheeses; enough to feed a small family. Of course we gave in and ate more than we should have, but it was all just too good to resist. You’ll never go hungry in my family, that’s for sure.

Not long after our buffet lunch, we all jumped in the car and drove to my cousin Hannes’ house where we would be spending New Years Eve, along with my other cousins Patrik and Julia and each one of their lovely families. It was so nice to see everyone after such a long time but also to feel immediately like family. We ate plate after plate of lasagna, chatted and laughed deep into the night, until it was finally time to get ready for the countdown. We quickly collected the champagne glasses and fireworks then headed straight for the backyard where we toasted, drank, and lit firework after firework.

It seemed like every backyard in the neighbourhood had the same idea because it felt like we were in the middle of a battlezone. Whistles, cracks, fizzles and pops, exploding left, right and centre. I wasn’t sure whether to laugh with excitement or take cover. Once the smoke had drifted we headed back inside to wind down before the short drive back to Elena’s.

We were greeted with another impressive spread for breakfast the next morning, so spent the next hour or so grazing before grabbing our coats and leaving with Elena for a walk around Zürich. We were taken on a tour through the centre of town, up to a nearby vantage point, down through the old town and onward to the financial district. It was there that Elena suggested swinging past her dental practice to fix my tooth which had chipped a few weeks earlier, but without the proper equipment on hand, we pushed it back to the next day.

By this time our tummies had started to grumble so Elena took us to Bodega Española, a tapas bar which has been serving plates since 1874. The restaurant has been in the same family for generations and the building has remained close to completely untouched, so everyone seemed to know each other and it had a real vintage feel to it. We really liked it. Elena also showed us my mum’s old apartment which was just next door, so it was cool to also have a snapshot of Mum’s past. We polished off several plates and a few glasses of port wine then decided it was time to head back home, where we put up our feet for the remainder of the evening.

On our final morning in Zürich we all spent a considerable amount of time wrapping ourselves up before heading out. The night before turned freezing cold quickly and we had been caught without enough clothes on, so we agreed that we weren’t going to let that happen again. Elena wrapped herself up to the point where she nearly fell asleep on the tram, saying that she felt like she was at home in bed. Anita and I couldn’t stop laughing. We returned back to the practice where Elena fixed and polished up my tooth, then Anita and I went for a walk around the city.

We just couldn’t get over just how clean everything was. It was so hard for us to spot a piece of rubbish on the ground, something so nice to see after spending time in so many other countries that were on the other end of the scale. We explored some more then decided to head home to relax before our evening out with Elena, where we would be grabbing a bite to eat and seeing a jazz show in town.

As we sat down to eat at an Asian restaurant near the venue, we noticed small flakes of snow starting to fall outside. This was the first time we’d both seen snow falling, so it was a pretty magical sight. Our food then hit the table and who should walk in the door but the artist we were seeing that night, Nik Bärtsch, and coincidentally sat down opposite us with his family. We got to chatting a little bit, finished our meals, then wished him luck and continued on to the venue where we were also meeting a few of Elena’s friends.

Nik Bartsch’s Ronin is a zen-funk quartet out of Switzerland. Their music has been described as “complex compositions that contain elements of jazz, funk and acoustic rock”. The best way I could describe their 10-20 minute songs is like being taken on a journey, which has an introduction, build, climax and ending. It’s was unlike anything we’d ever heard before. We finished our night with some chocolate cake and lemon saké, then walked through the freshly fallen snow to our tram ride home.

And before we knew it our time in Switzerland was over. The last two weeks had absolutely flown past, packed with family reunions, incredible meals and amazing experiences. We can’t thank our friends and family enough for hosting and looking after us, because without you there’s no way we would have been able to experience Switzerland and all that this beautiful country has to offer. 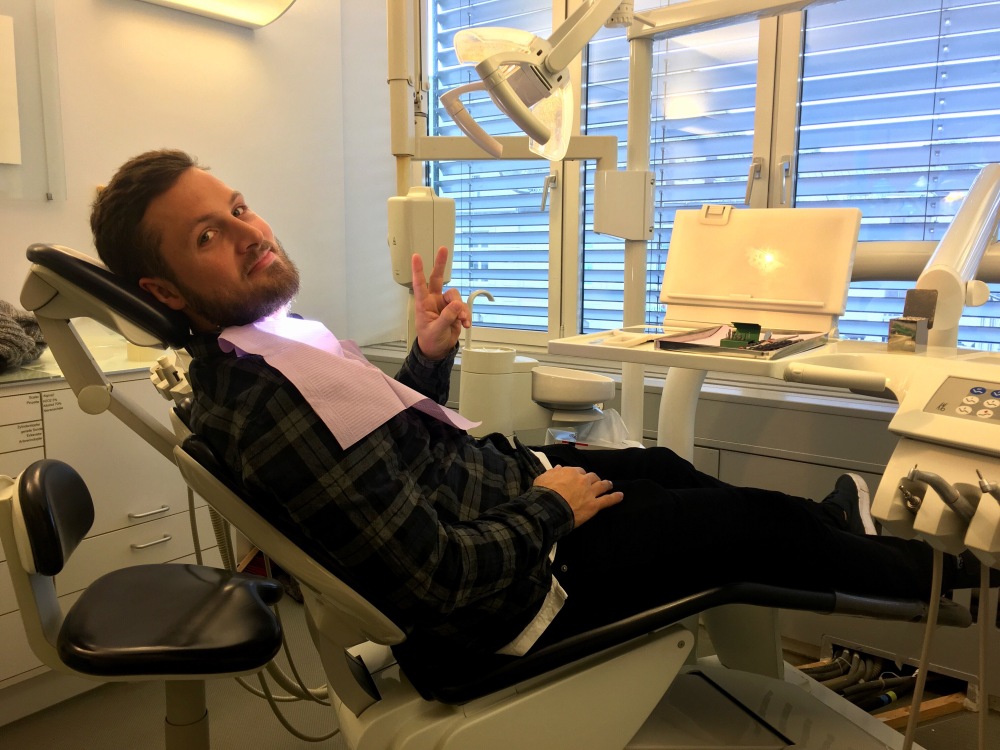 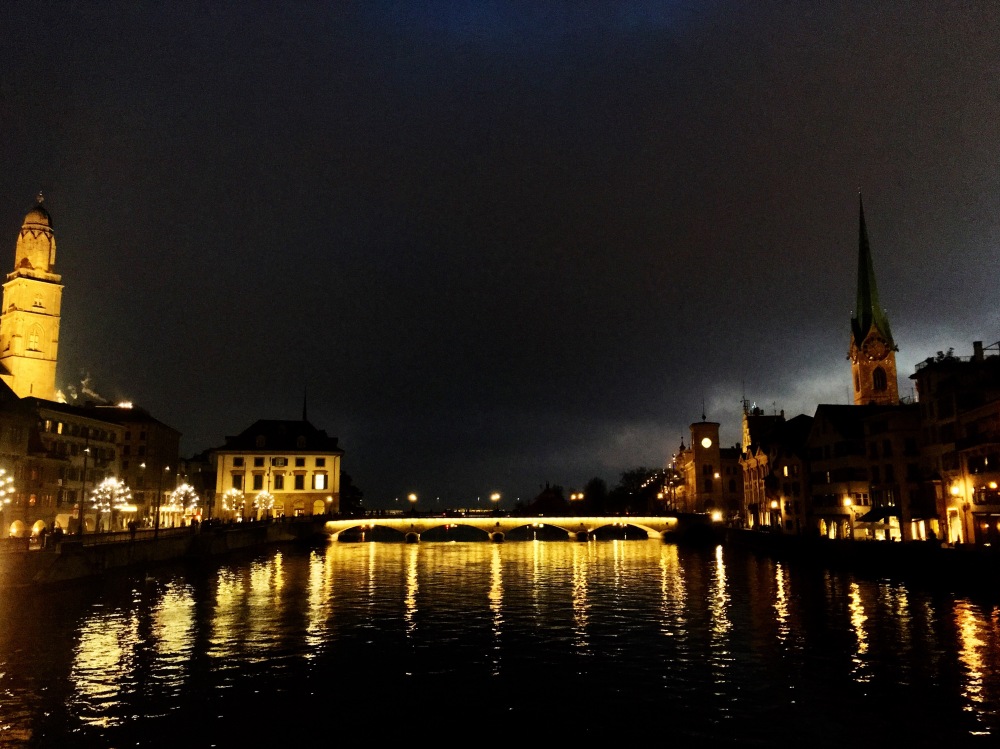 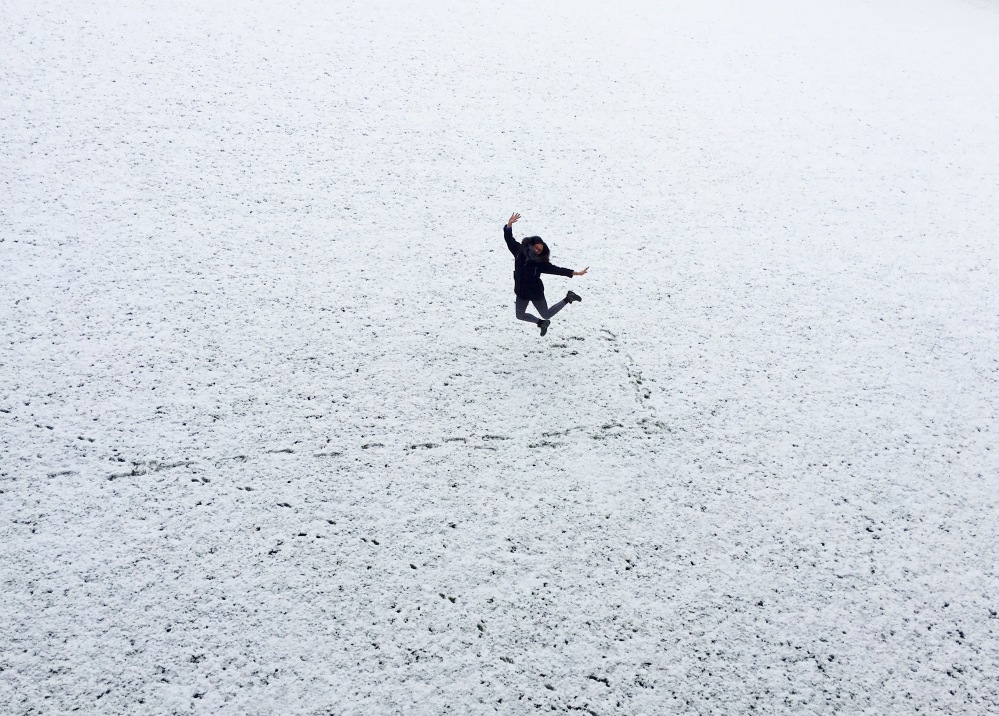 One thought on “Zürich”