Once the initial shock of my parent’s surprise arrival subsided we decided to continue with my very loosely planned Greece itinerary. What this meant though was having to cancel another Couchsurfing host that I’d lined up for our next stop, Paxos, and instead upgrade to an Airbnb that would accommodate us all. No complaints there, of course.

Many people get Paxos confused with Paros but Paxos is a tiny island two hours south of Corfu. We didn’t realise how small the island actually was until our ferry docked and we made our way into town. The island was virtually tourist-free, however travelling in the shoulder season doesn’t always come without it’s difficulties.

Most Greeks who live in Paxos leave the island for winter, our Airbnb host included, so when we arrived on the island and hadn’t heard from him after many messages and calls I could see Dad’s anxiety levels building. We tried to distract him with lunch but that didn’t really seem to work, as he frantically researched Airbnb refund policies. Thankfully our host finally made contact and told us that he’d arranged for us to stay with his sister instead. Sure, it wasn’t the place we’d booked originally, but it was much bigger and had a small beach opposite it so we certainly weren’t going to make a fuss.

The following day we took a day trip to Antipaxos which was an absolute highlight for me. Antipaxos is an even smaller island three kilometres south of Paxos, which doesn’t really have much except for a handful of pristine beaches. The water in Paxos was beautifully clear but as we approached Antipaxos, I was sure that it was the clearest I’ve ever seen. We decided to skip the main beach and instead venture to the amazingly white pebbles of Voutoumi Beach. Apart from a few other passengers that joined us and a lonely island-dwelling Donkey I called Yiannis, we had the entire beach to ourselves. It was paradise.

On our way back to Paxos the captain surprised us with a detour past the Blue Caves, another well-known local attraction. It was so kind of him to stop there as it is usually something you have to book a separate tour to see. This had to be another perk of travelling in the shoulder season. Less customers meant a better, more personalised experience. The caves were incredible and the water was a gorgeous, clear, dark blue, not like anything I’ve ever seen before.

Now travelling with my parents has been amazing and although I love backpacking, it’s been really nice to not have to sleep on a couch, floor or hostel dorm room. The one thing I am still trying to adjust to is the amount of food we’ve been eating. Usually Derek and I would eat two moderately sized meals or three small meals a day, depending on how we’re feeling or what’s planned for the day. Since meeting my parents we’ve managed to eat three huge meals a day and even snacks inbetween! I’m certainly starting to both see and feel it, that’s for sure.

With that being said, we have eaten in some amazing places and Vasilis Restaurant in Paxos is definitely one of them. We enjoyed it so much that we ate there two nights in a row! It’s not at all a fancy place but it’s overall ambience was very warm and comforting. What really made it so great was the amazing staff and delicious, home-style cooking.

On our last day in Paxos we decided to make the walk to Tripitos Arch, a beautiful natural rock arch which hangs off the side of the west coast of the island. It was a little difficult to get to but certainly worth the trip. I knew the adventurous walk across it so I was willing to give it a go, but Dad and Derek convinced otherwise. With the wind blowing the way it was, it was probably wise not to.

It was really hard for us to leave little Paxos, but it was time for us to continue on our tour of Greece. 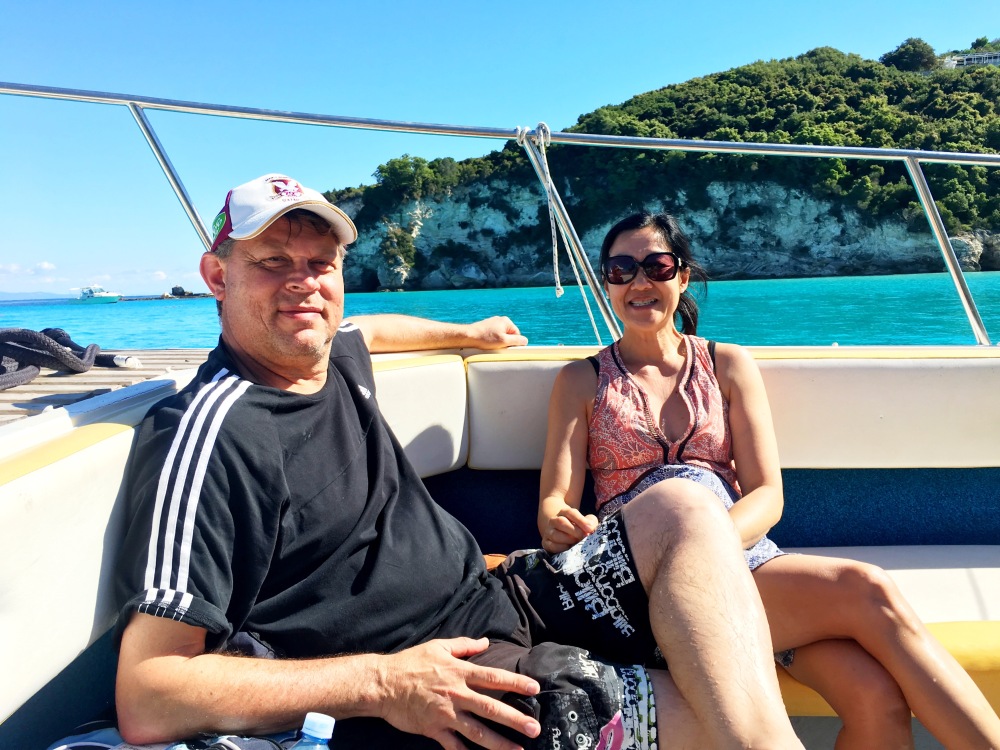 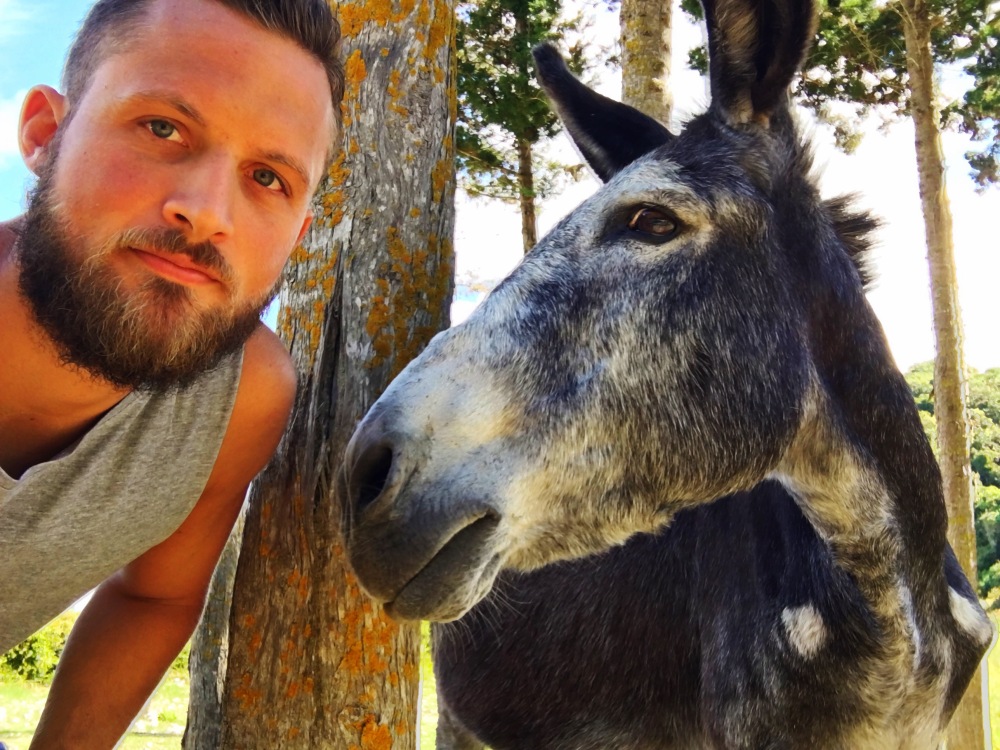 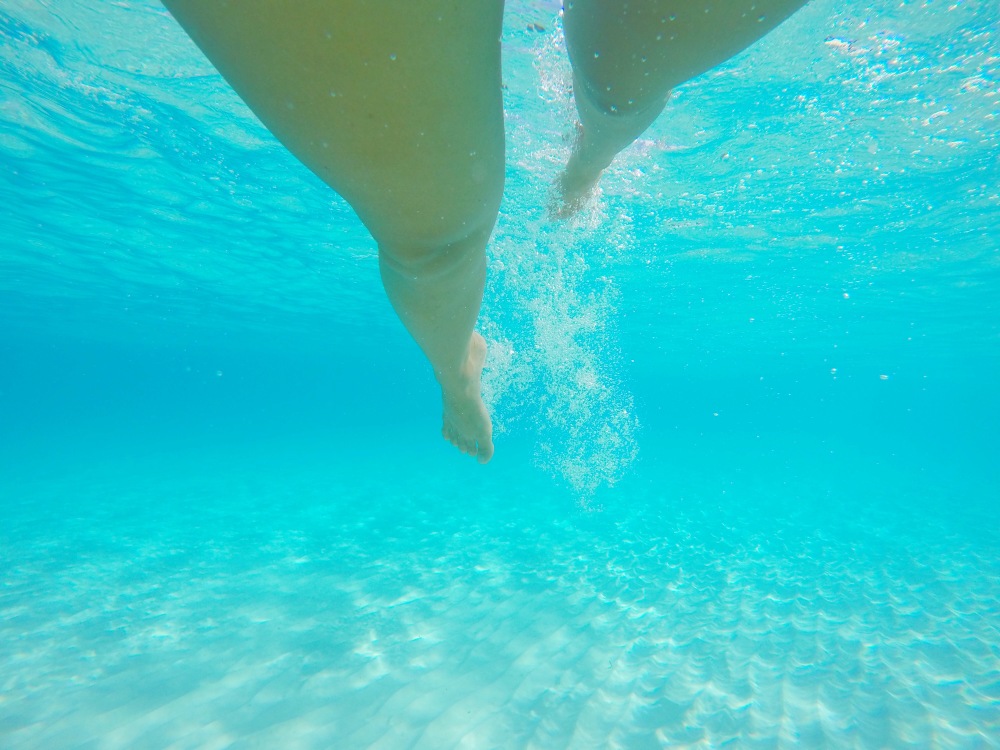 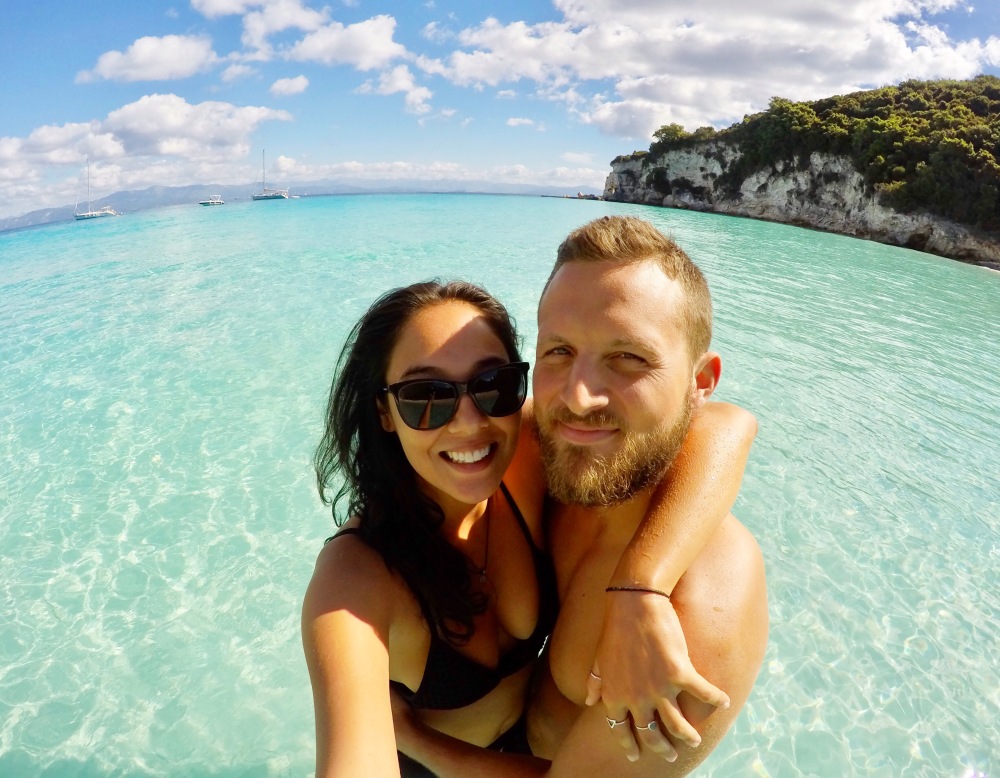 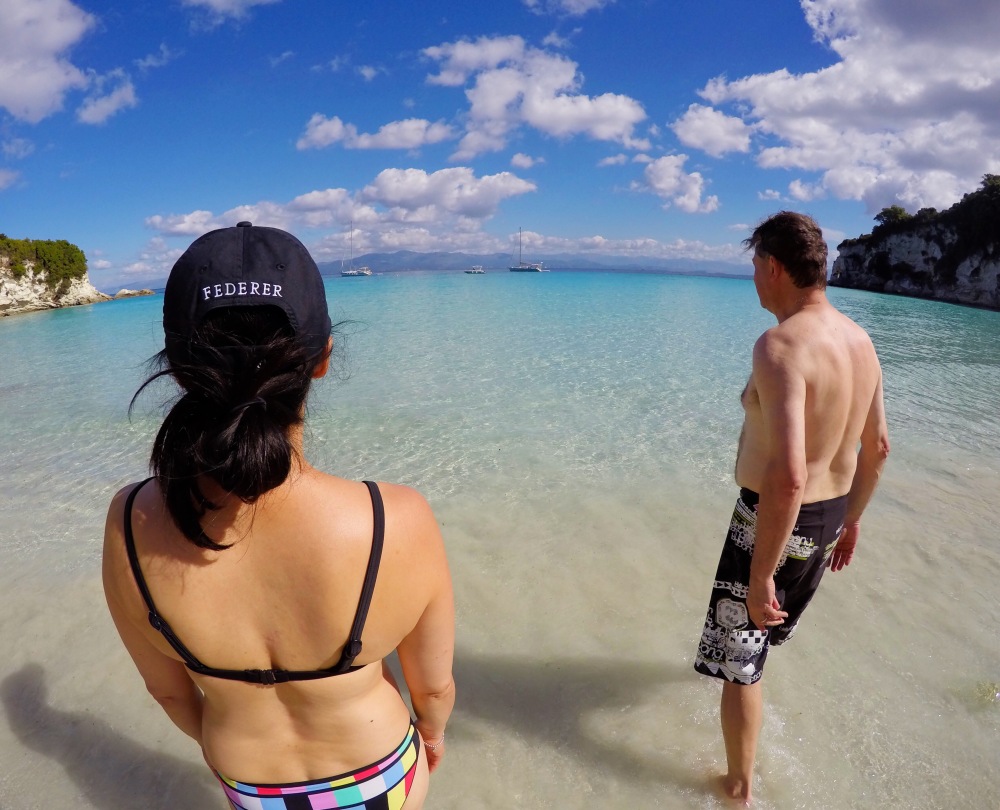 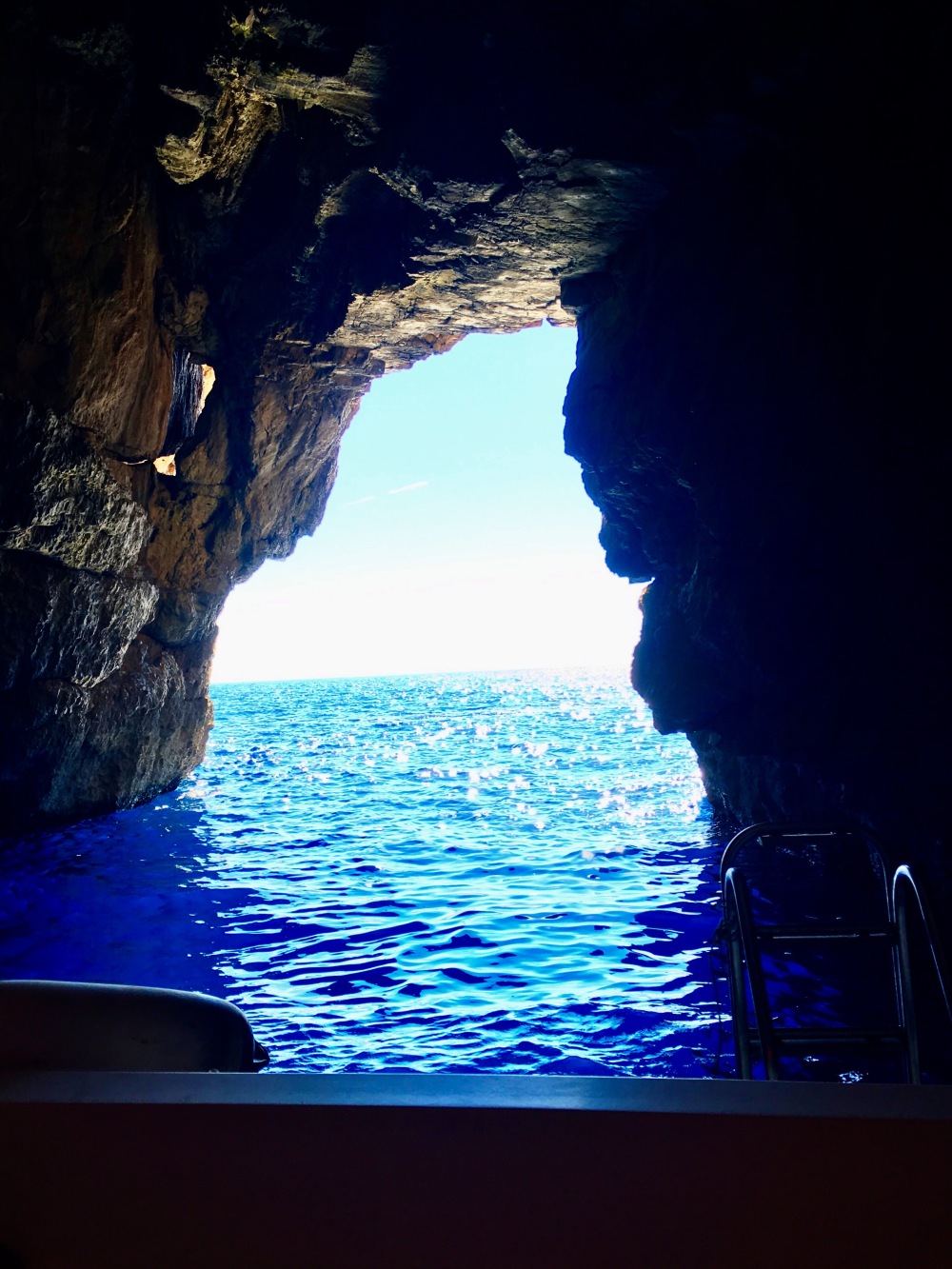 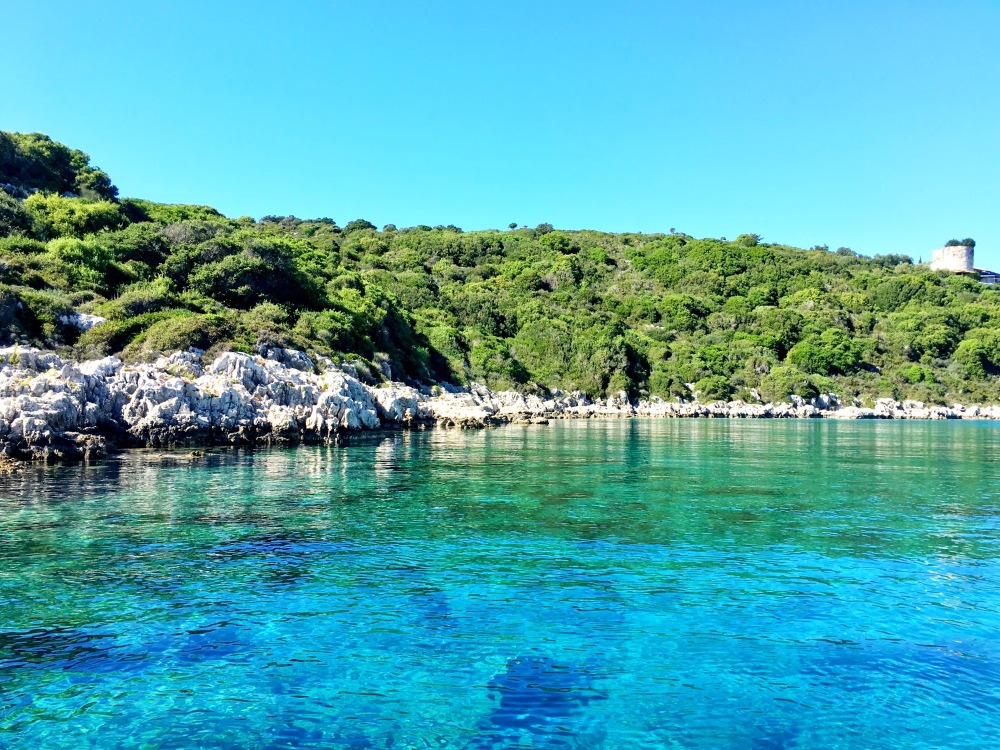 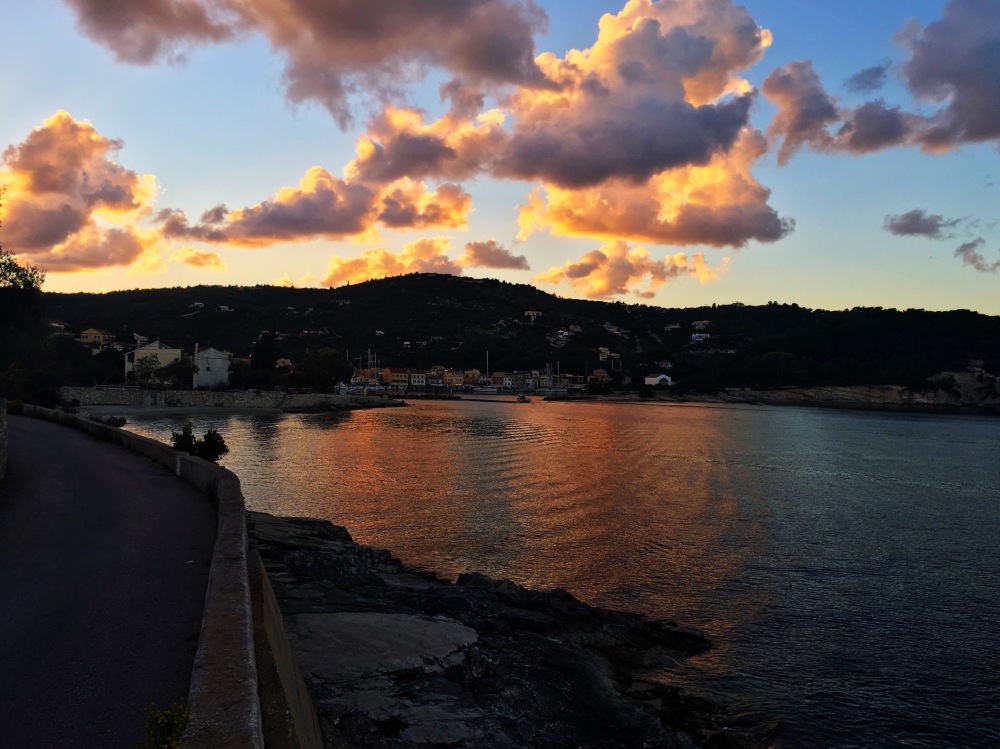