Montenegro, specifically Kotor, has been one of our favourite places on our trip so far. The scenery, the people, the food – everything. We stayed in Old Town which was such a beautiful place. It’s not a large Old Town in comparison to say Dubrovnik or Prague, but this only added to it’s cozy, villagey charm.

We dropped off our bags and turned straight back around to hike up to the Castle of San Giovanni, which stands high above Kotor and gives the most beautiful view across the bay. We received a tip that entering the main stairway from either side of town rather than through the middle meant bypassing the ticket booth and climbing for free. Awesome!

Once returning from our hike we grabbed some lunch. Anita had a burek, a type of pastry stuffed with cheese or meat that’s popular around these parts, and I a prosciutto and goat’s cheese salad sandwhich. Cheese and prosciutto is serious business in Montenegro, with their own types originating in a very small town called Njeguši which sits just over the mountain next to Kotor.

We spent the remainder of the afternoon recovering from our hike and soaking in some rays by the bay. On the way back to our hostel we bumped into a very old friend of mine Jono and his girlfriend Liz! We knew they were travelling around the same areas of Europe as us but had no idea they were in Kotor. After a bit of a chat we discovered that we were all thinking of visiting Lovćen National Park the next day so agreed to split a hire car and go together.

That night Anita and I went for dinner at a popular local restaurant called Tanjga, a big must if ever you’re in Kotor. Tanjga specialises in locally sourced grilled meats and salads and is seriously cheap too. A huge mixed grill with chips, salad and beers cost us 13EUR. We were also given a few complimentary shots of the owner’s home-brewed rakija, a type of fruit brandy which lights a fire in your belly and sprouts hairs on your chest.

The following morning we rose early to the sound of church bells, met with Jono and Liz, jumped into our hire car and headed to Lovćen. I was unofficially nominated driver which to be honest was a little bit daunting at first. It wasn’t only because I hadn’t been behind the wheel of a car for about five months but more so because it was a left-wheel drive on the opposite side of the road up narrow, sharp bends with a 1,500m drop off. It wasn’t long before I felt comfortable but my passengers probably didn’t feel the same.

On our day trip we stopped in Njeguši to try the aformentioned cheese and prosciutto, visit Petar Petrović Njegoš’s Mausoleum and for a short hike through the country-side. We then passed through Cetinje to see Montenegro’s Old Royal Capital, then drove through Budva to make a quick stop at Sveti Stefan before returning home. Needless to say it was a pretty busy day. We spent the rest of the evening drinking beer next to the bay while sharing old stories and laughs. It was really great to catch up with those guys.

The next morning we decided to make the short trip by bus to Perast, a small town near Kotor which is just as beautiful. I had learnt how to say “Hello, how are you?” in Montenegrin which I was more than excited to test out on anyone that looked my way. Given my exceptional pronounciation skills, some Montenegrins assumed I was fluent and replied with an extended response or a question to which I could only reply with an apologetic smile.

We spent our last night back at Tanjga with our Aussie friends from Brać who were coincidentally also in Kotor. After another huge mixed grill, some beers and a sensational dessert at a recommended place in Old Town, we said our goodbyes and headed back to our hostel to rest up for our morning bus to Tirana, Albania. 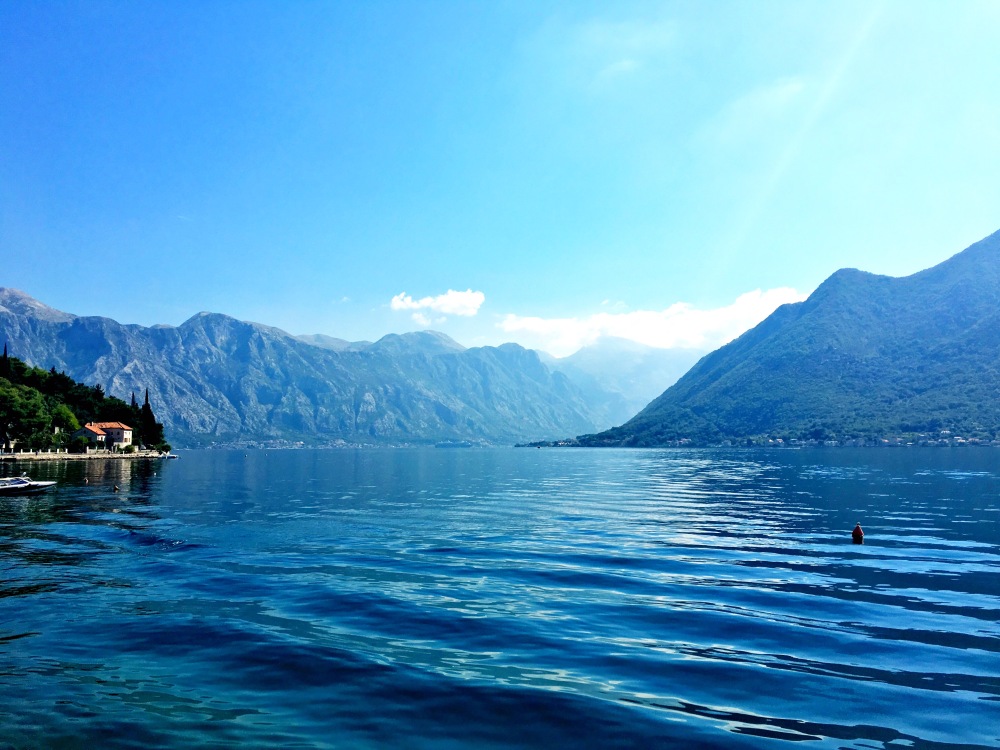 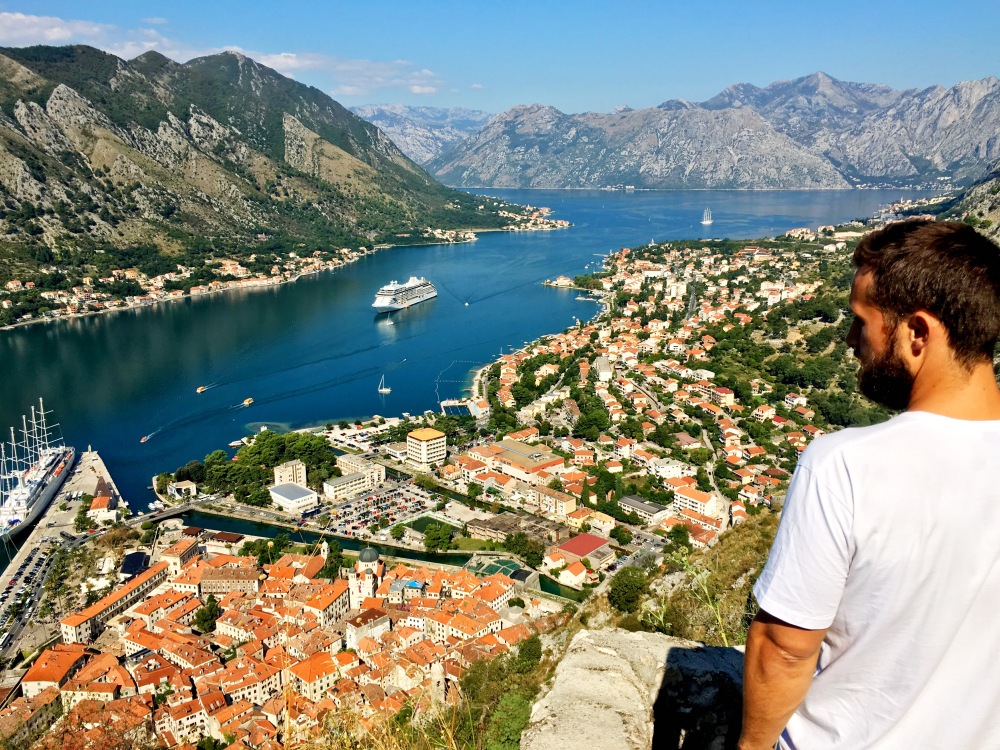 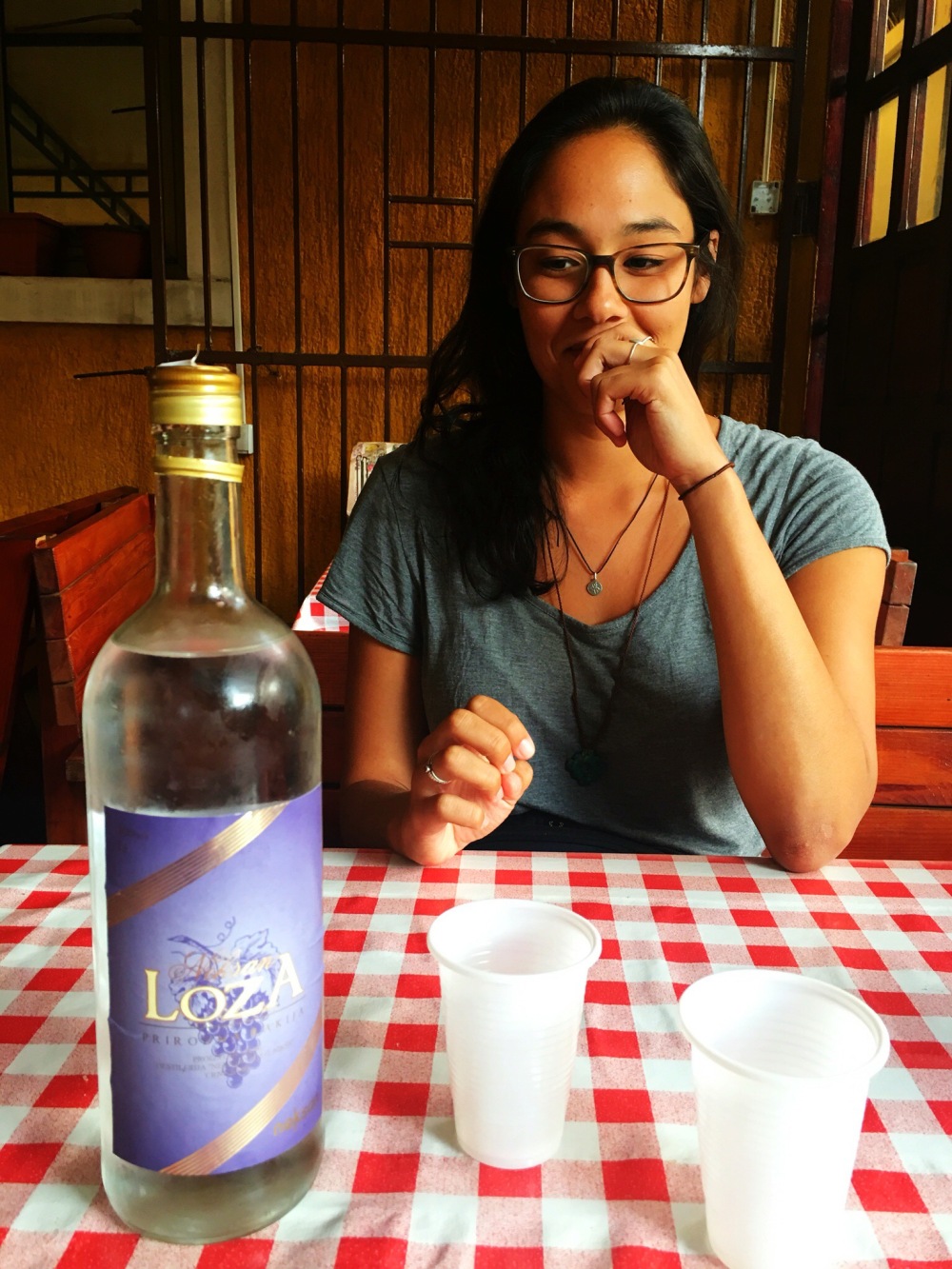 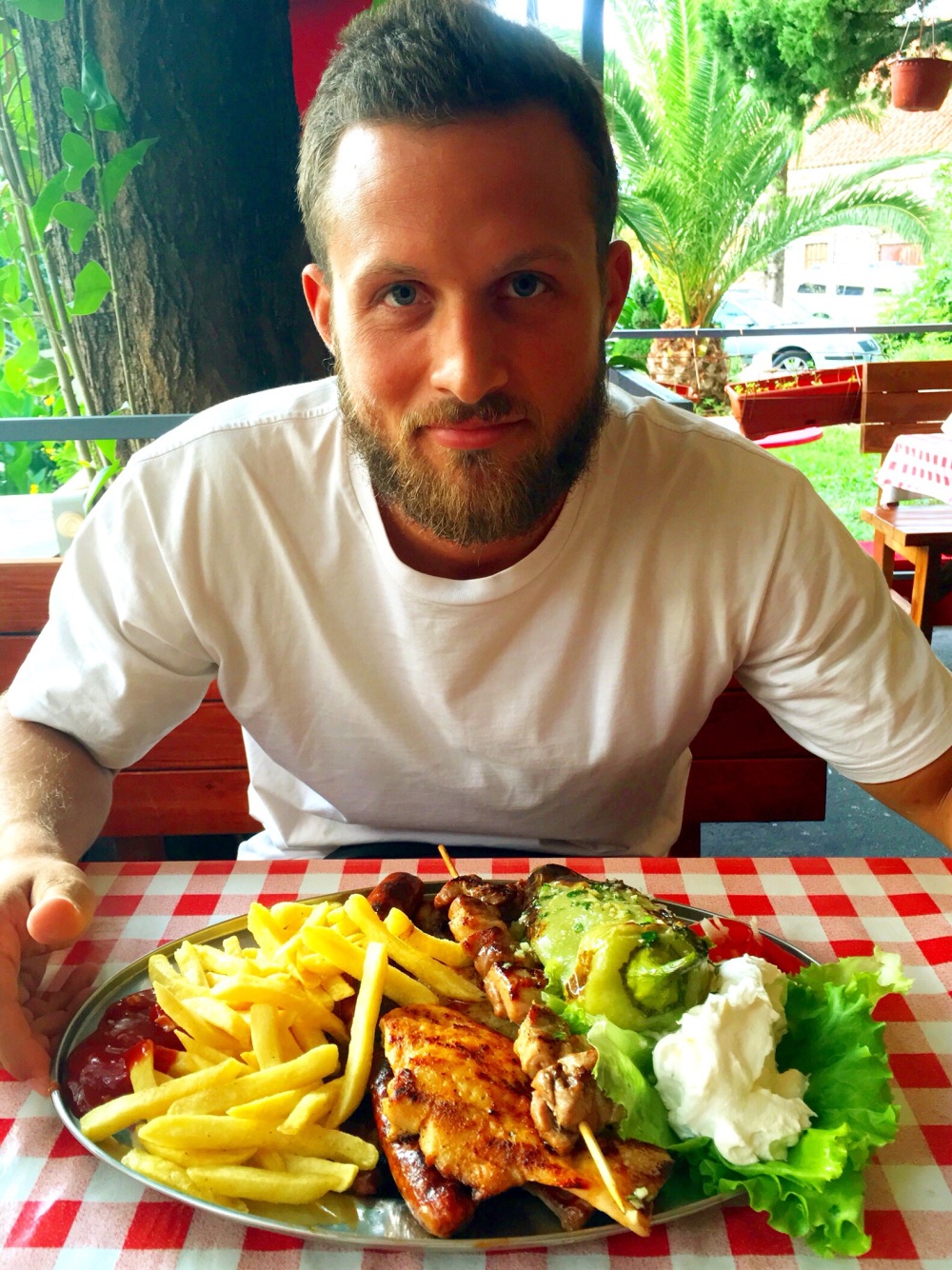 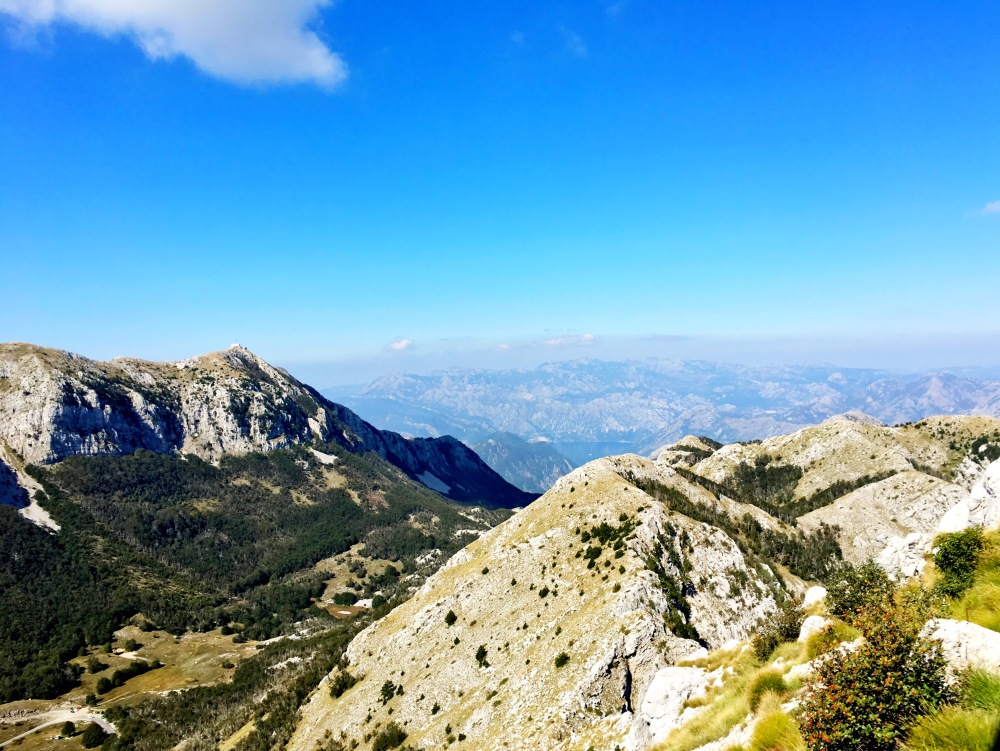 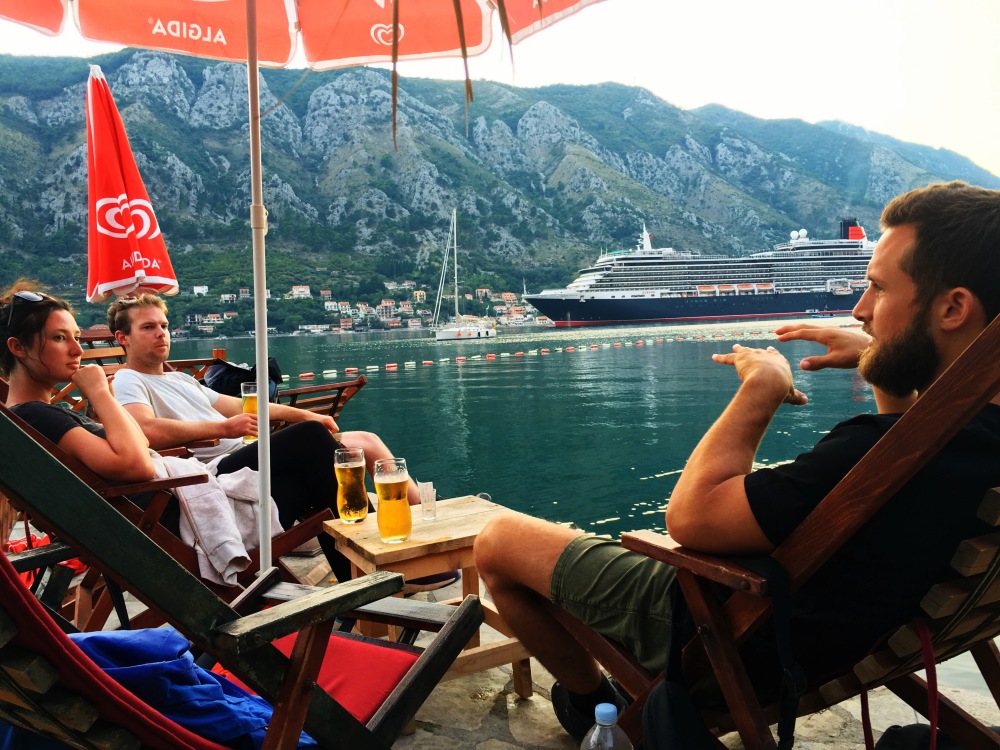