Buses in Sri Lanka have two speeds – extremely slow or ridiculously fast. Our bus from Ella to Dambulla was going so fast that Derek was using his arm as a human seat belt for me in case we got into an accident. This driver was ruthless. Overtaking without considering the oncoming traffic and taking corners so hard it felt as though we were going to tip over. Derek and I were counting down the minutes until we could get off and kiss the ground.

Dambulla isn’t the most exciting town but we used it as our base for Sigiriya and Anuradhapura which were both about an hour bus ride away. Don’t worry mums and dads, these buses were much safer.

The major attractions in Sri Lanka are ridiculously expensive for foreigners so we have been looking into ways to either get around the cost or find other cool things to do that are cheaper or better yet, free. Both Sigiriya and Anuradhapura were no exception.

Many tourists pay 40USD to climb Sigiriya (Lion’s) Rock, one of the largest rock formations in Sri Lanka. Not only is this at least 3-4 nights of accommodation but the climb itself is packed all the way up to the top. We decided to avoid this and climb the rock next to it, Pigurangala.

The climb was wasn’t at all congested and had some beautiful stops along the way. On the way to Pigurangala Rock we saw warning signs for wild elephants! Derek mentioned that they are meant to be quite aggressive but I still secretly wanted to see one. Even though the chances of seeing any were slim, we still had an escape plan just in case; climb up the closest tree and hold on for dear life.

To reach the top of Pigurangala, you had to scale large boulders which was lots of fun. Once you made it over the boulders, you got an incredible, uninterrupted view of Sigiriya Rock. You could even see the ant trail of tourists making their way up the rock. If you climbed a little further you got a 360 degree view of Sigiriya Rock and the surrounding landscape. Both viewpoints were breathtaking.

We decided to take it easy for the rest of the afternoon. As we were relaxing in bed, we heard a loud groan coming from right outside our door. We both looked at each other and ran to the door to see what was going on. It was a cute little calf and it seemed to be looking for its mum or his friends! By the time we put our shoes on to go help him, he was gone.

The following day we decided to visit the ancient town of Anuradhapura which was home to the second most sacred temple in Sri Lanka, the Sri Maha Bodhiya (Bodhi Tree Temple). The temple houses a Bodhi tree which is allegedly a cutting from the original Bodhi tree in which Buddha gained enlightenment. It has been guarded for over 2,000 years. We also visited a few other surrounding temples which were also pretty impressive.

Now, usually it costs foreigners 25USD to access these temples, which many people agree is pretty outrageous. Initially we were going to see if we could just confidently walk past the checkpoint but then realised that the closest temple was 6km away. Looking for other options, we flagged down a tuk tuk driver and let him know the scenario; we wanted to see the temples but didn’t want to have to pay the entrance fee. He nodded and agreed to drive us through the checkpoint and around to visit the temples for a fraction of the price. Bargain!

When visiting temples or sacred places you should always dress appropriately i.e. no singlets or shorts. I should have done my own research but Derek failed to mention to me that at these particular temples, you were meant to wear white or light coloured clothing as a sign of respect. Of course I chose to wear a black t-shirt and black and white patterned pants that day. I felt so out of place the entire time. To try and show I was not being disrespectful, I just kept smiling and tried to look as friendly as possible. I hope it worked – sorry, guys! (thanks, Derek).

Our time in Dambulla was surprisingly eventful given that it’s an otherwise sleepy little town. After our high speed bus ride, the threat of being trampled by wild elephants and our sneaking into temples, we were more than ready for a change of scenery. Next stop, Trincomalee. 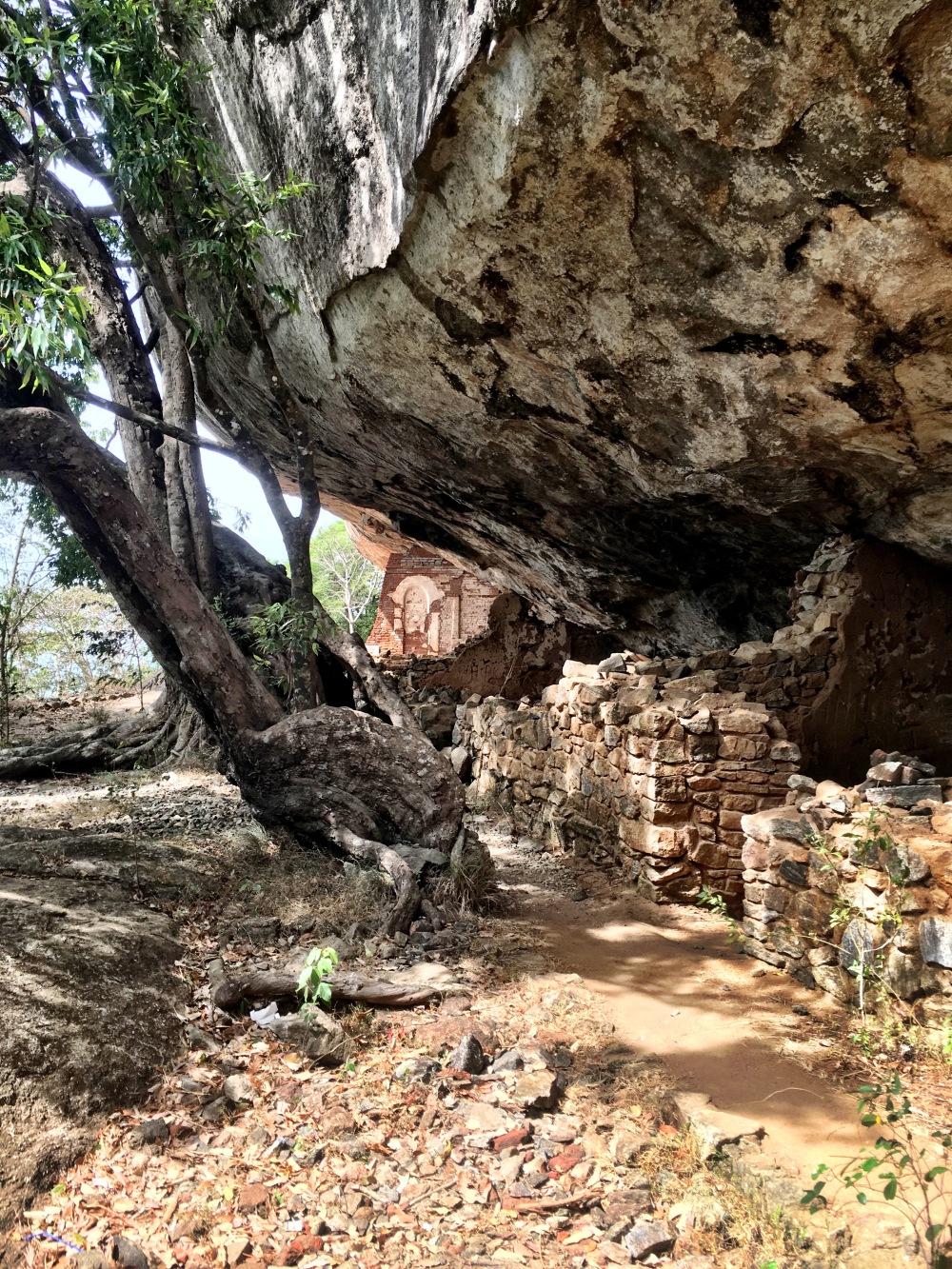 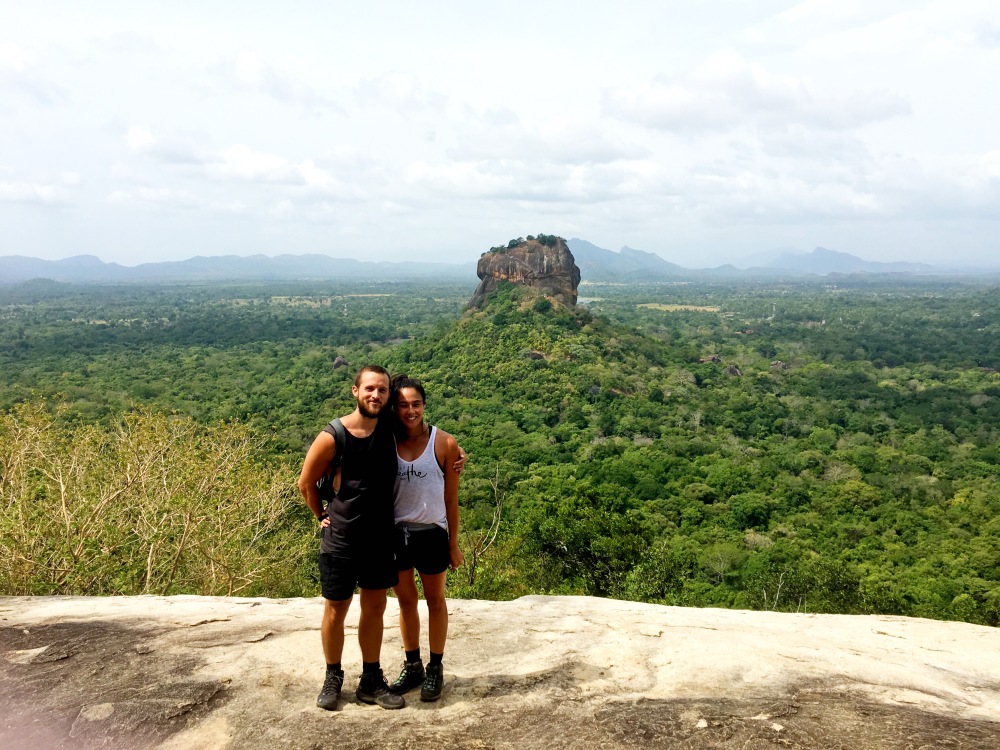 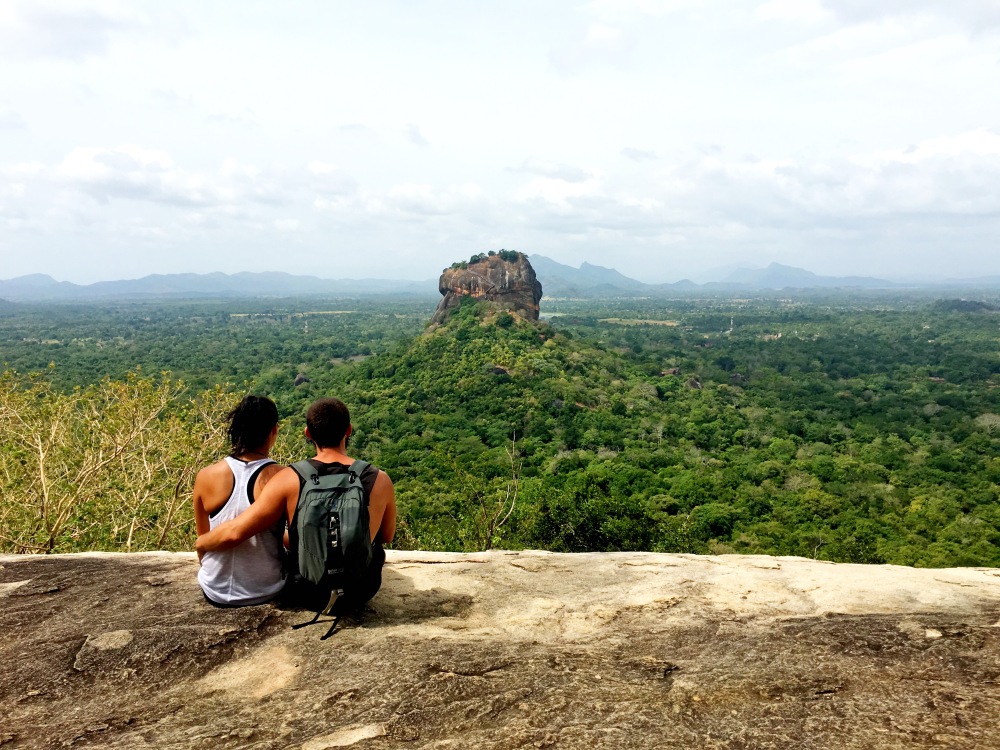 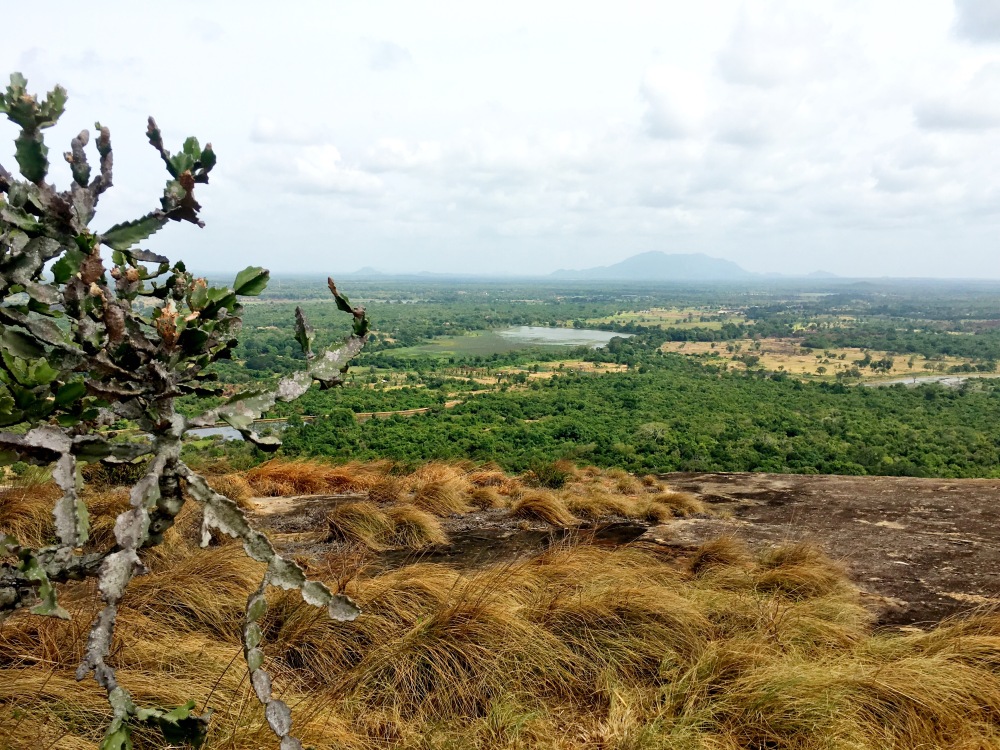 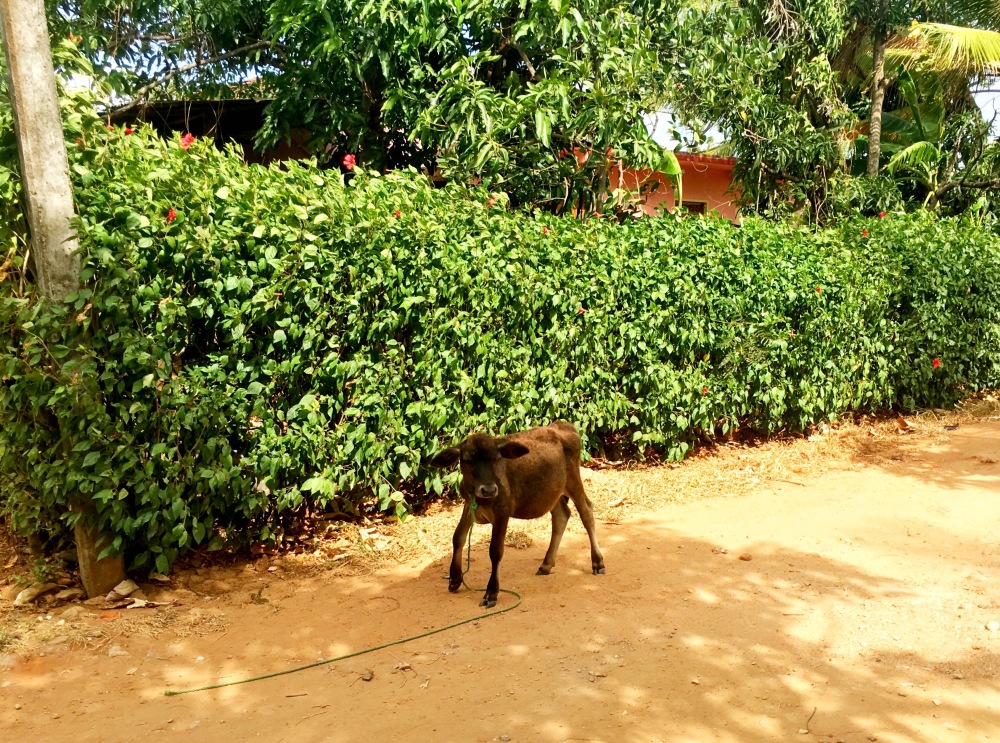 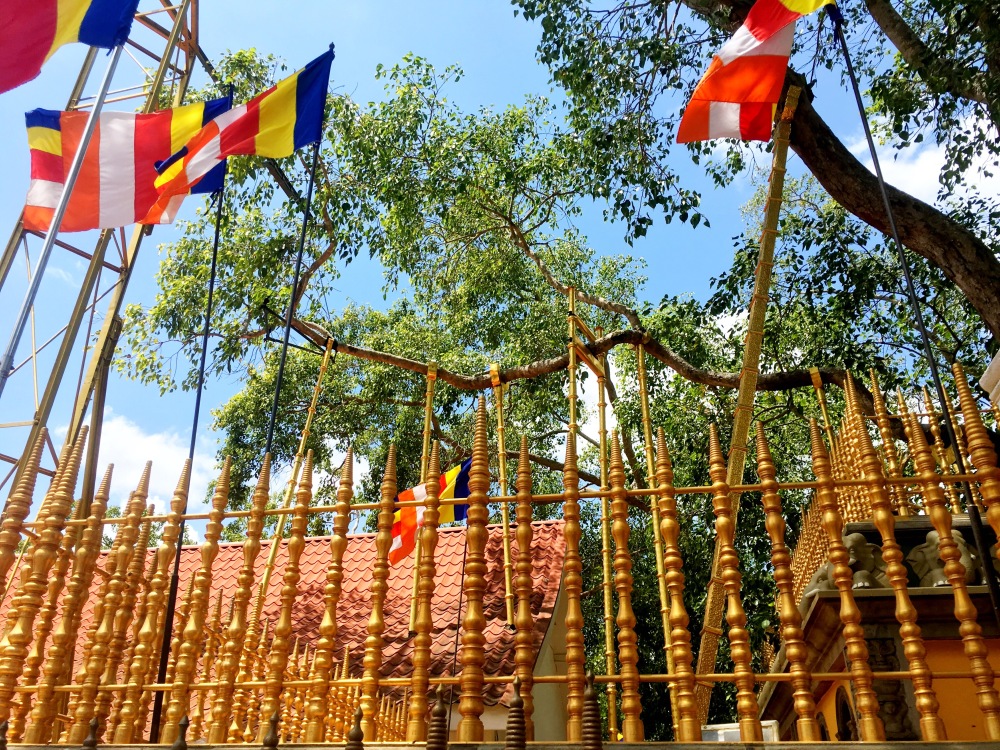 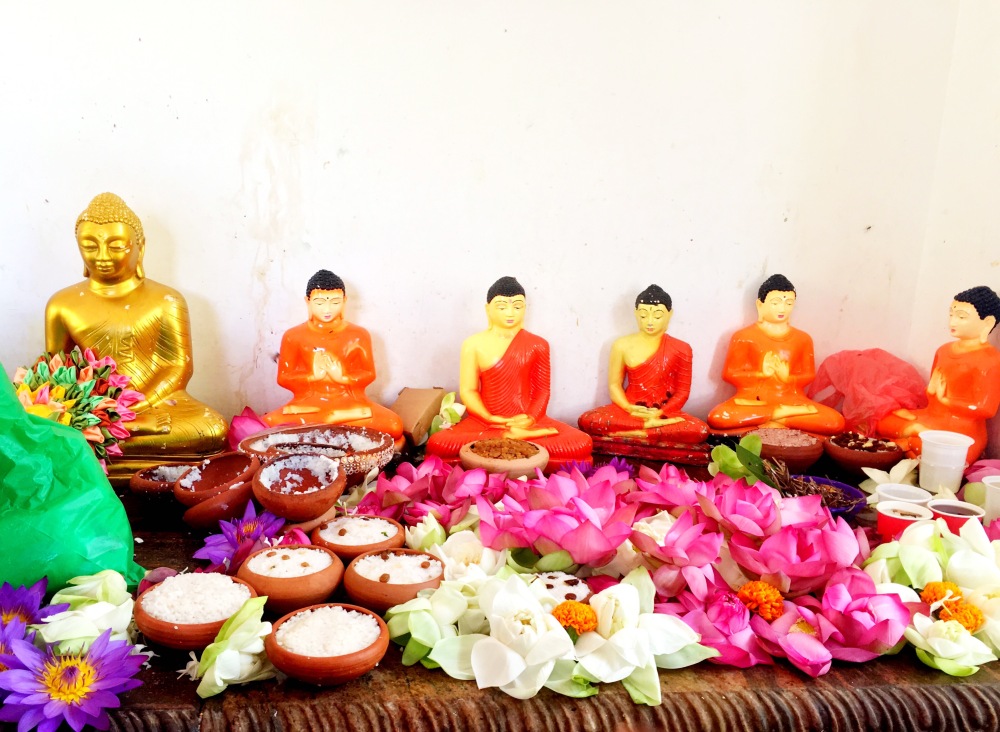 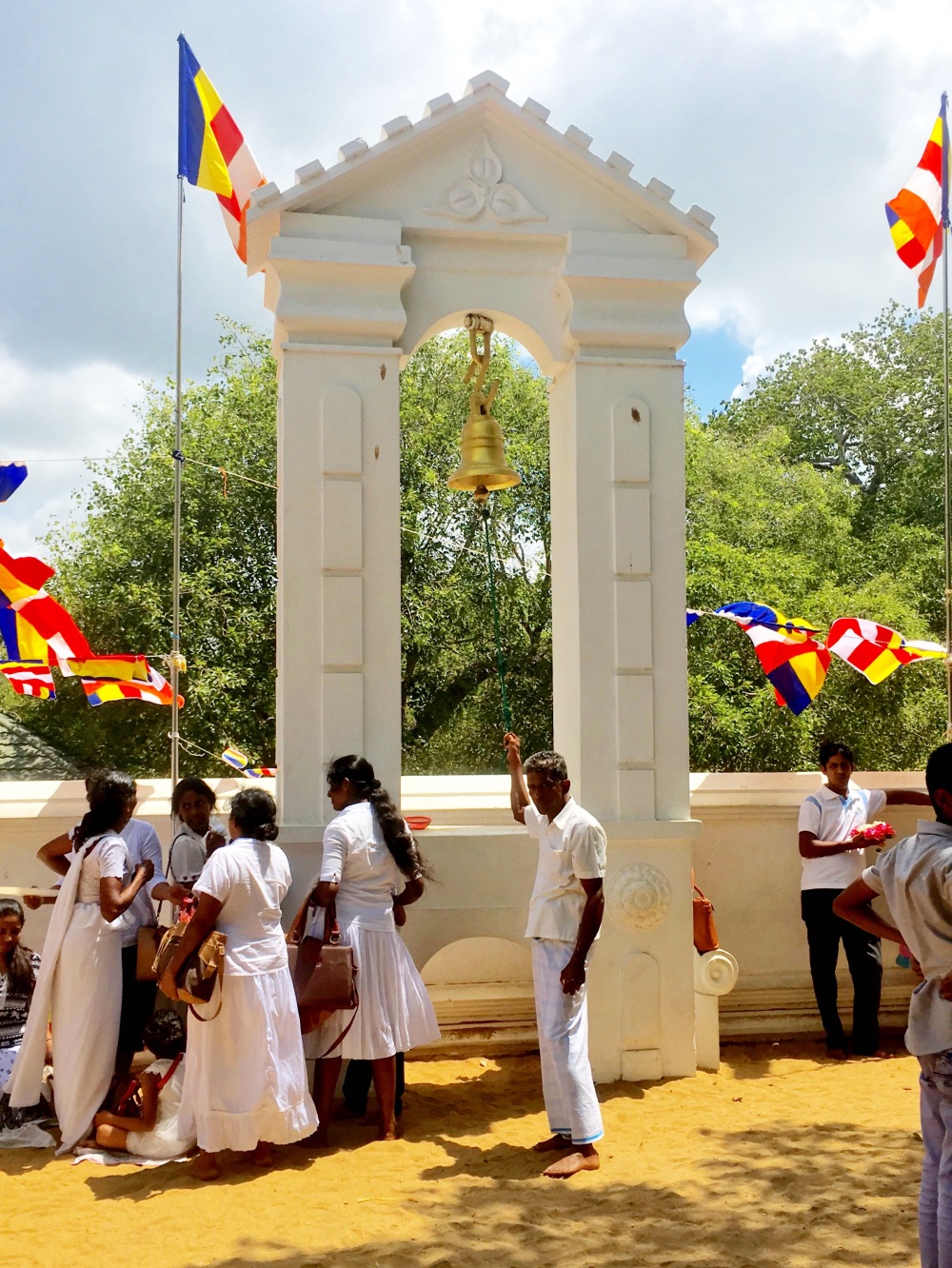 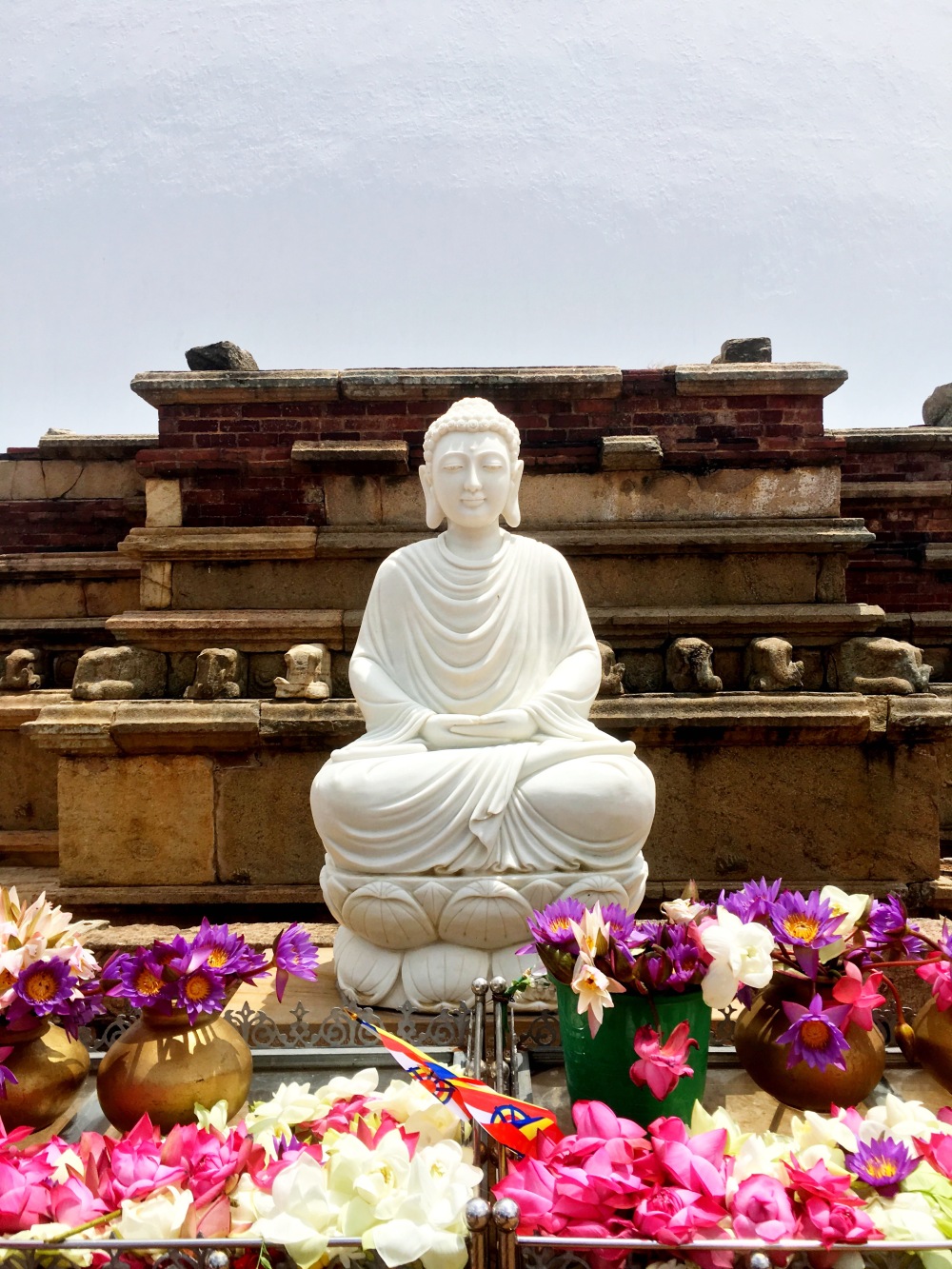 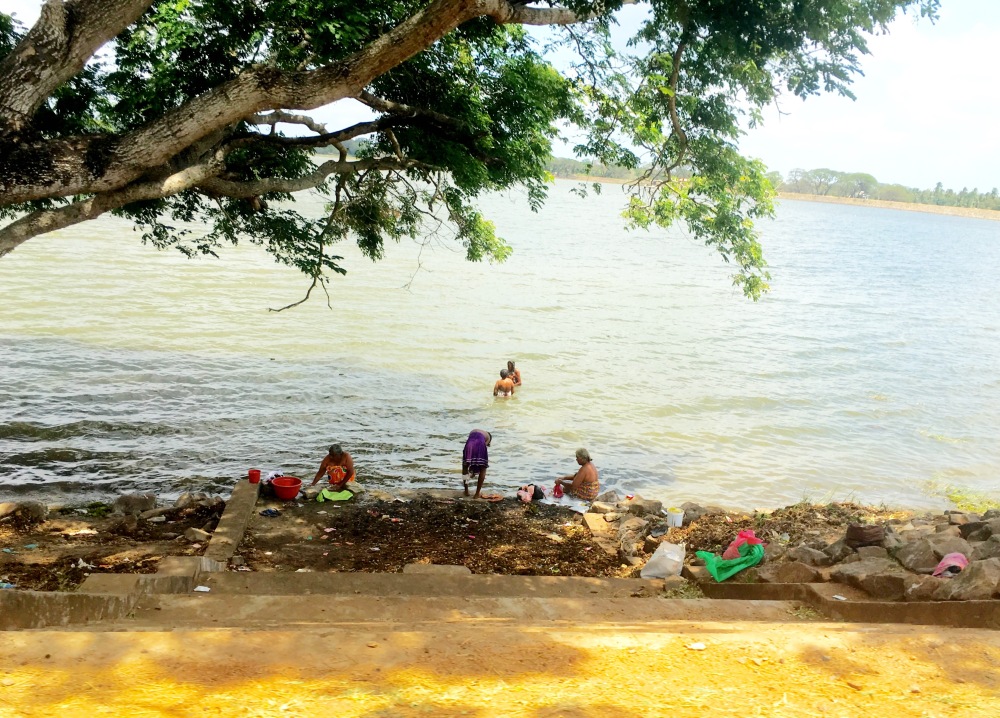 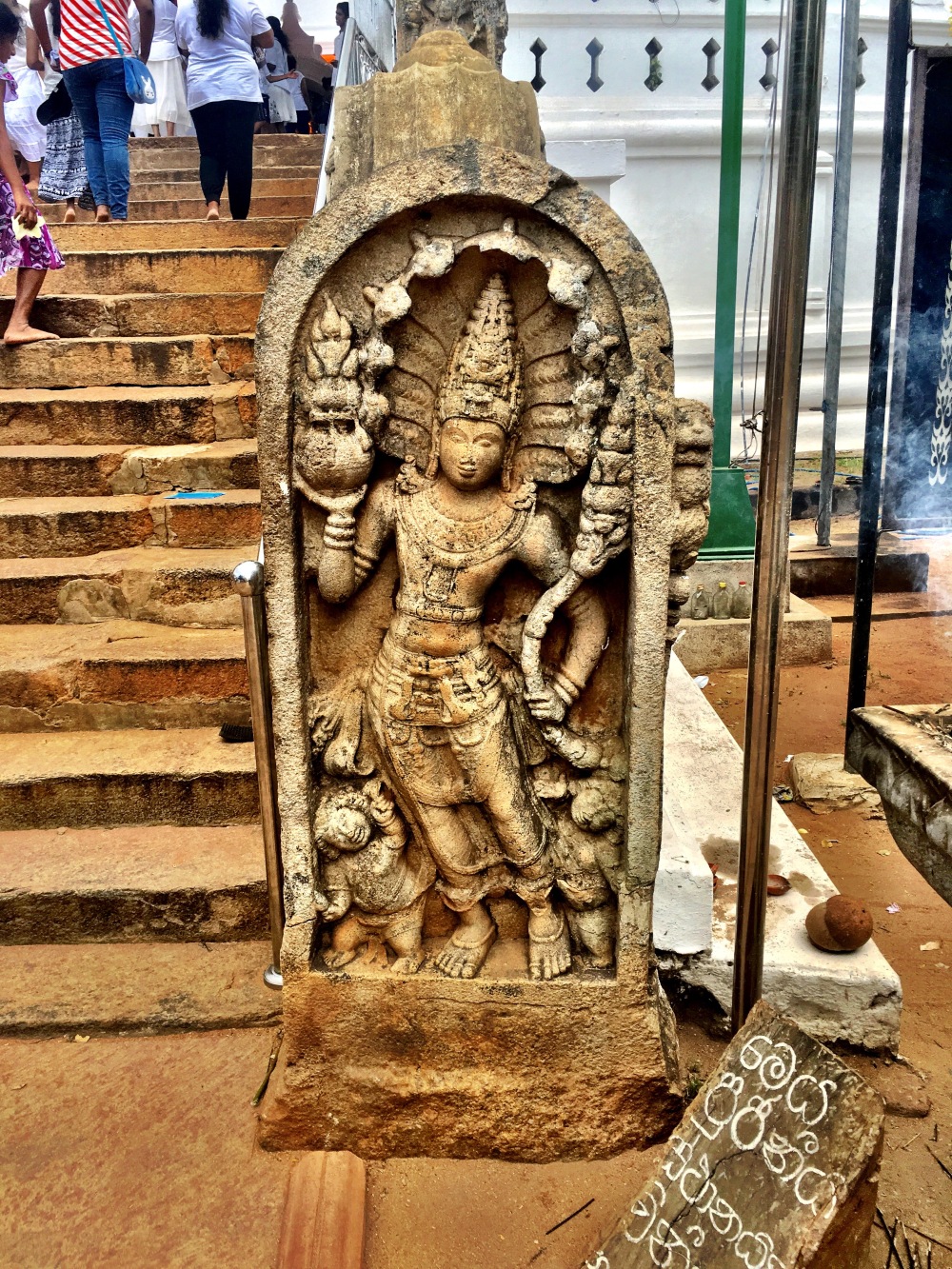 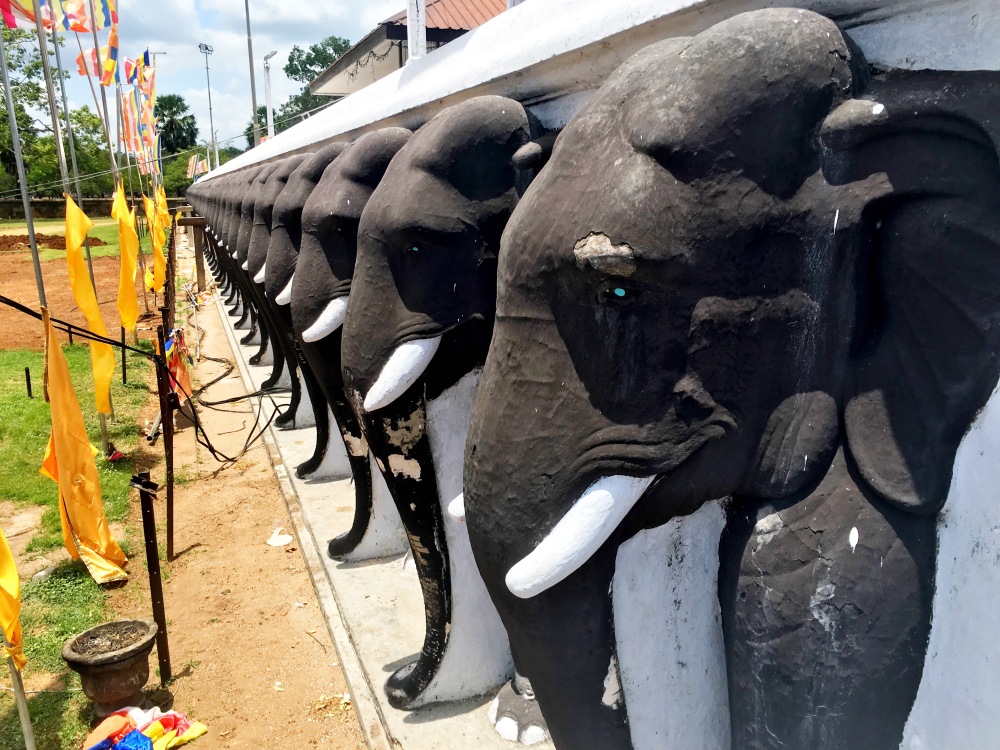 One thought on “Dambulla”