Our time in Hoi An felt almost like a food expedition, as we gradually uncovered new, tasty dishes that were specific to the region but also well known and loved country-wide.

We took a 7pm sleeper bus from Nha Trang to Hoi An, meaning that we arrived at 6am the following day. An old Vietnamese man with little-to-no English greeted us as he was unlocking the doors to our hostel. Check-in wasn’t until 2pm but he gestured that we could leave our bags at reception, so we decided to grab some breakfast and have a wander around town.

I’d read about ‘Madam Khan’ or the ‘Banh Mi Queen’ a few weeks earlier. This woman has had her shopfront for over 30 years and apparently serves up the best banh mi in Hoi An, some even claiming in the whole of Vietnam. I punched her name into Google and saw that she was only around the corner, so we made our way over. Now let me tell you, after our first bite, it all made sense. All the hype was totally justified. Anita and I must have had at least one a day while in Hoi An. They’re crazy good. Anyway, you get the point.

After brekky, we took a walk around Hoi An Ancient Town. What a beautiful place. Narrow laneways lead out to the river where colourful boats line up either side. Every turn had it’s own charm, as we lost ourselves between streets.

That night, we went for a bia hoi with an American friend, Mary, who we originally met in Nha Trang but also happened to be staying in our dorm in Hoi An. Bia hoi is a type of fresh Vietnamese draft beer which is brewed and served within the same day, usually on little red plastic stools on street corners. It’s light, refreshing, but most importantly cheap, costing between 15-30c a glass. After a few beers and a bowl of mi quang, another regional dish, we decided to take another stroll around Ancient Town.

Man, does Hoi An come alive at night. Lanterns line the streets and float down the river creating one hell of a light show. Our pictures hardly do it justice. The crowds also pick up at night, but I think it only adds to the festival-like atmosphere.

The following day we rose bright and early, hired some bicycles, and decided to ride the backstreets of Hoi An, taking a scenic route to the beach. Down the river we headed, through alleyways and rice fields, over bridges and under branches, finally arriving at Cua Dai Beach. Although beautiful, we decided to ride a little further to Ang Bang Beach, where Anita had heard it was the best of the two.

As we arrived, we were swarmed by women trying to offer us “parking! parking! ten thousand! ten thousand!”. You learn to be cautious while travelling, in particular instances where money is exchanged. That’s something we’ve noticed while travelling Asia. In most cases, if there’s anything you want, they’ll charge you for it, and if the locals are charged for it, you’ll be paying double what they are.

While inspecting the beach, Anita noticed that these same women were charging for the luxury of somewhere to lie, so we turned our bikes around and rode 500 metres further down, finding an inconspicuous path leading to a patch of sand where we could park, lie down, and swim, all cost-free.

Our final day started with a big bowl of cao lau. Yep, you guessed it, another of Hoi An’s famous regional dishes. We did some more walking and organising throughout the day before plonking ourselves at a local restaurant to order the final two dishes on our list. Hoanh thanh chien, a type of Vietnamese-style tostada, and banh bao vac, also known as white rose dumplings. As we took our last bite, some Canadian friends of ours who we’d also met in Nha Trang, told us they’d just arrived in Hoi An and were keen for a bia hoi. After about a dollar’s worth each, we said our goodbyes and trotted back to our hostel, stretched ourselves out, and digested the last three days of scenery, activities and food. 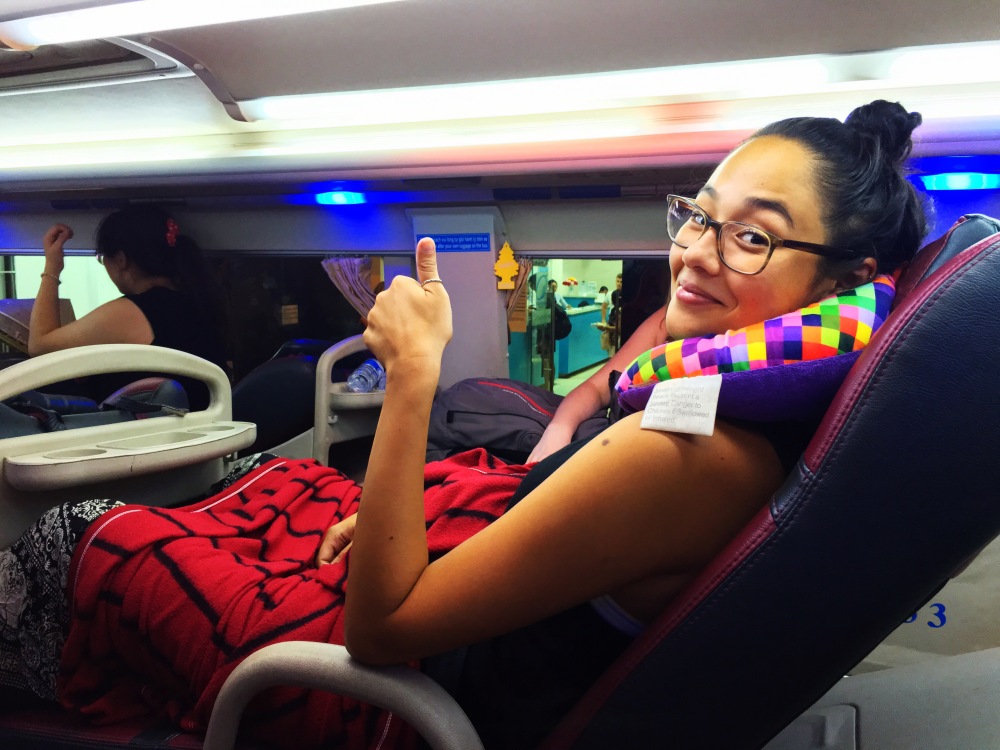 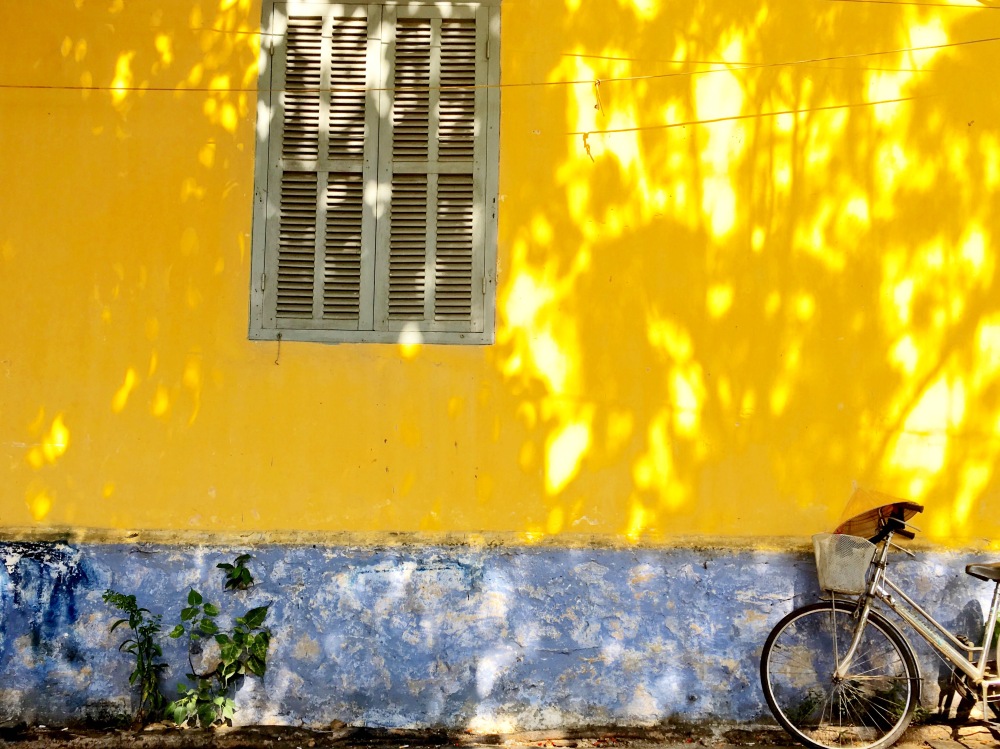 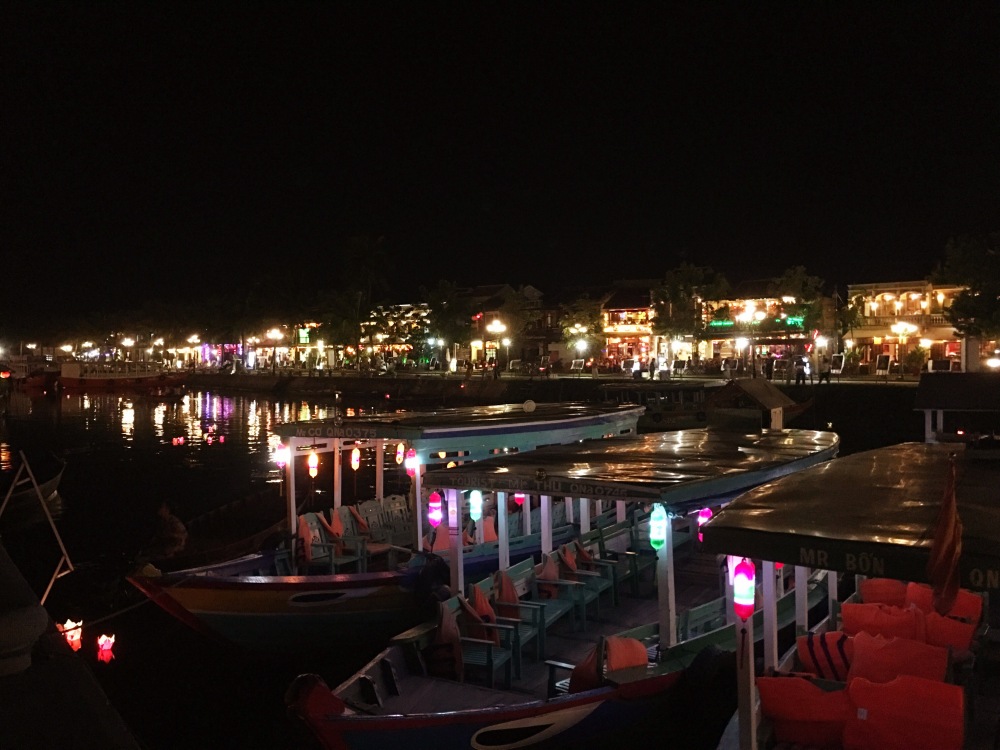 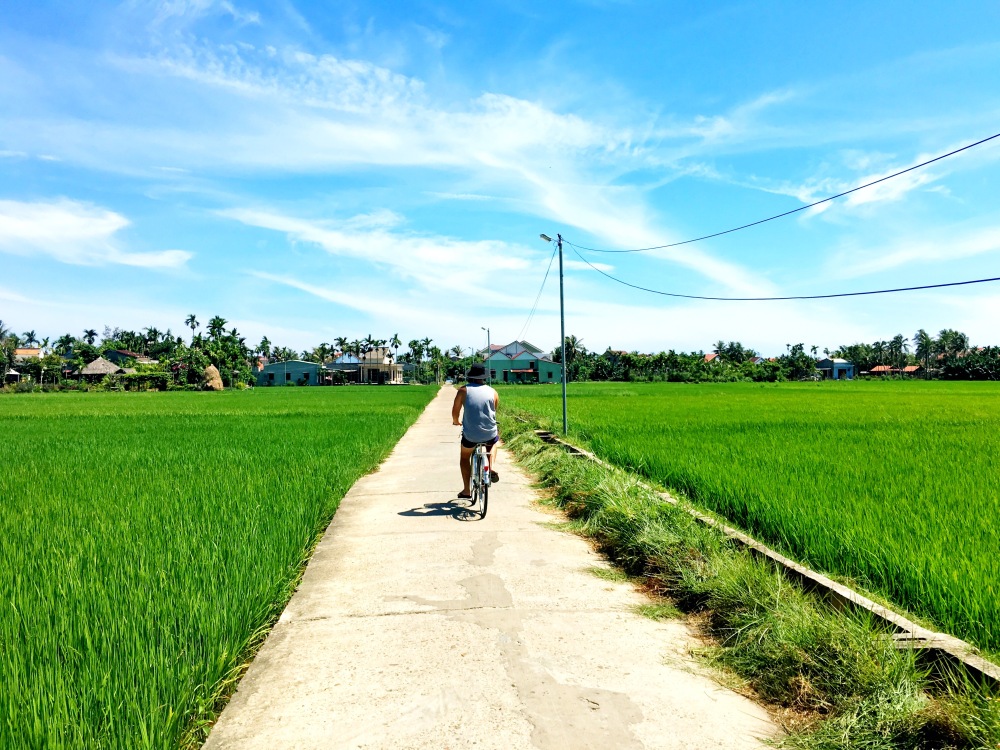 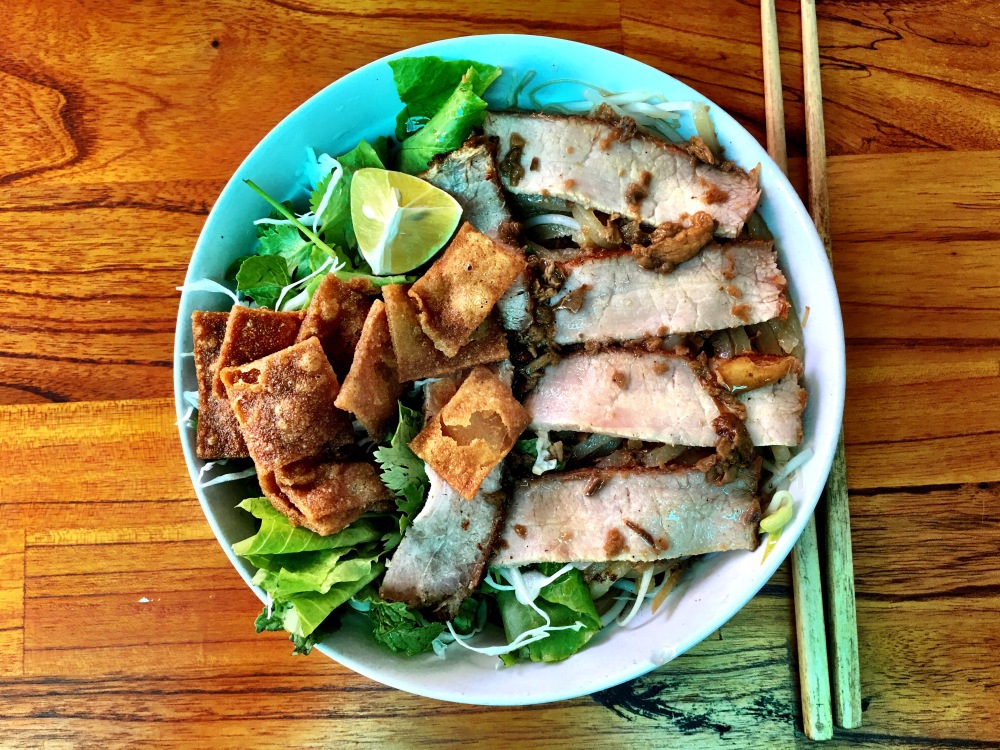 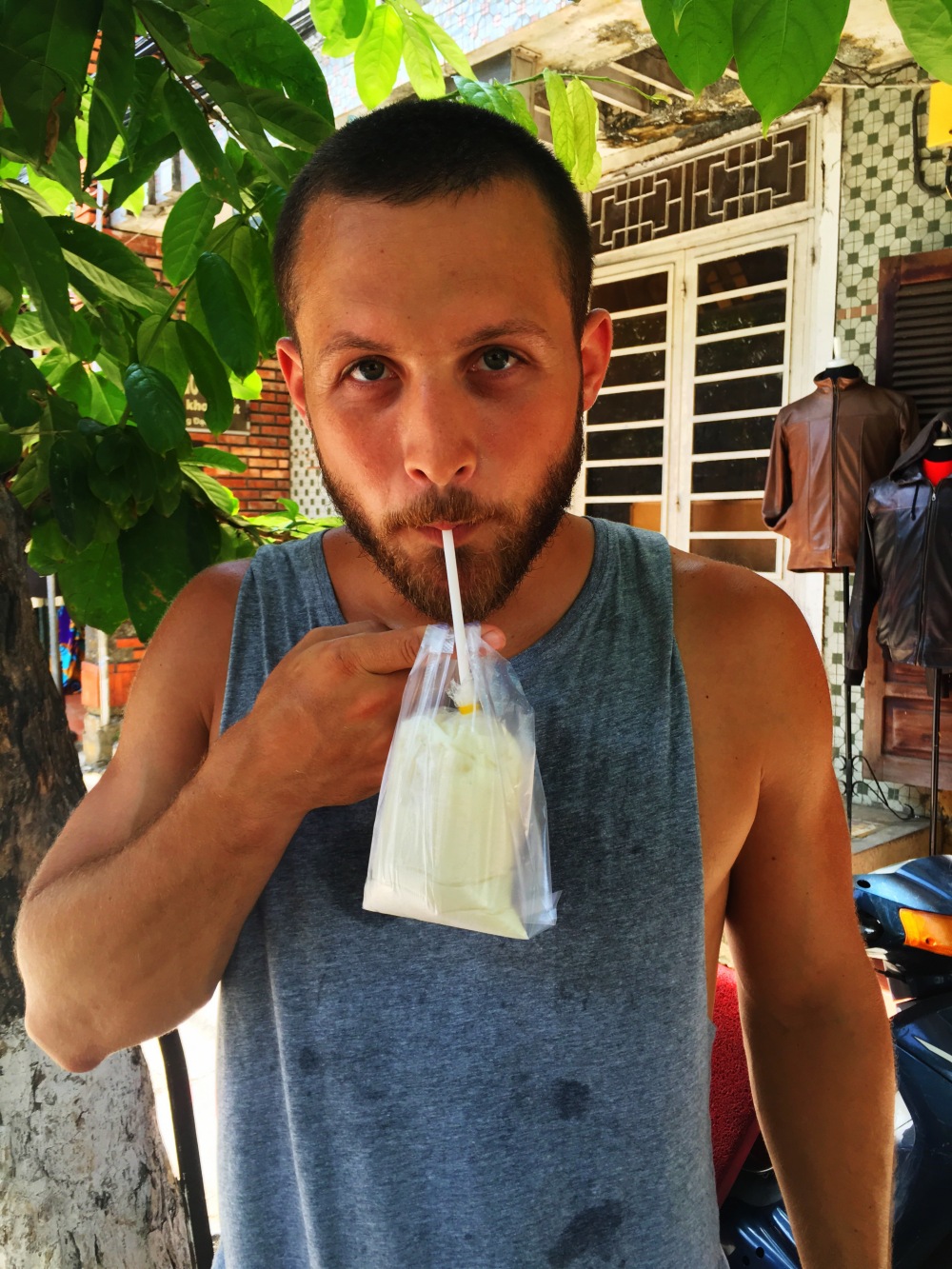